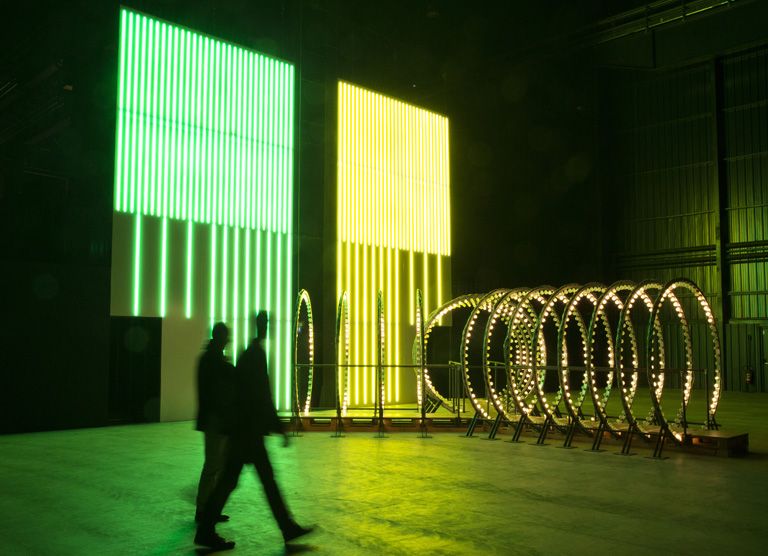 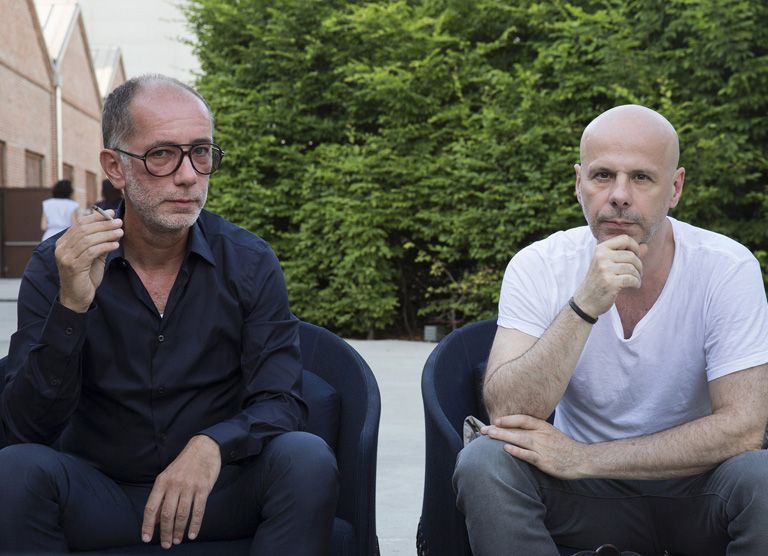 “Doubt” is Carsten Höller’s solo exhibition at Pirelli HangarBicocca. The German artist has risen to the fore of the international scene for his penetrating inquiry into the nature of human experience. The exhibition, curated by Vicente Todolí, unfolds along twinned, parallel paths, demanding sensory participation and perceptual focus on part of the viewers. The visitors themselves can choose how to approach the exhibition and which path to take. 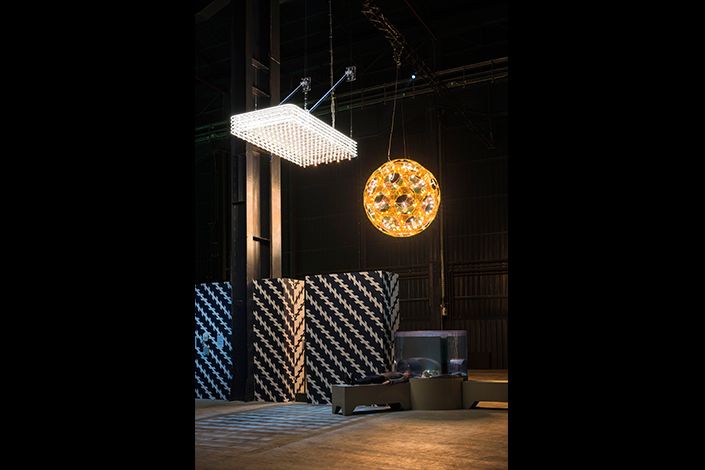 In Carsten Höller’s view, choice is inherent to the work of art, and at the very beginning of the exhibition, the installation Y (2003), which is lined with numerous flashing light bulbs and can be walked through in its entirety, raises the question of which way to go. “Doubt” includes more than twenty large-scale works, both existent and new, aligned along  the middle axis of the space. This alignment of works forms a central dividing wall, where visitors will see/experience only half of a given work, and have to remember the half they have seen until they encounter the other half on the other side. Large-scale installations, videos and photographs play with the spatial and temporal coordinates of the exhibition venue, charting a course between symmetry, duplication and reversal.
The exhibition layout alternates works that draw on optical experiments—like Upside-Down Goggles (1994—ongoing), in which the artist invites visitors to see the world bottom-up – with others that are as playful in nature, like Two Flying Machines (2015), in which visitors can experience the sensation of flight or Double Carousel (2011), a merry-go-round for adults that gives a sense of euphoria and amazement.
The exhibition also includes Yellow/Orange Double Sphere (2016), a hanging light-based work composed of two concentric, flickering colored spheres, one inside the other, which interacts with Marquee (2015), a piece by Philippe Parreno from the exhibition previously on view at Pirelli HangarBicocca, “Hypothesis”.
Two Roaming Beds (Grey) (2015), presented inside the 500 square meters of Pirelli HangarBicocca’s Cubo, features two beds that drift endlessly through the space and offers the opportunity to spend an entire night inside the exhibition “Doubt”. The twin beds drift across the floor at the almost imperceptible speed; their random movement carries visitors through their slumbers, so that they wake up in a different place from where they fell asleep.
Having originally been trained as a phytopathologist, Carsten Höller (b. 1961 in Brussels, based in Stockholm, Sweden and Biriwa, Ghana) holds a doctorate in agricultural science with a specialization in chemical ecology. In the early 1990s, Höller abandoned his scientific career to devote himself to art. Over the last twenty years he has shown his work in many international art institutions, such as: Hayward Gallery – Southbank Centre, London (2015); Thyssen-Bornemisza Art Contemporary, Vienna (2014); New Museum, New York (2011); Hamburger Bahnhof Museum für Gegenwart, Berlin (2011); ICA, Boston (2003); Fondazione Prada, Milan (2000). In 2006, he presented the installation Test Site as part of “The Unilever Series” at Tate Modern’s Turbine Hall. He has also participated in major international art festivals, including four editions of the Venice Biennale (2015, 2009, 2005, 2003).
The exhibition includes several works co-produced with Hayward Gallery—Southbank Centre in London, and relies on the technical support of INELCOM.