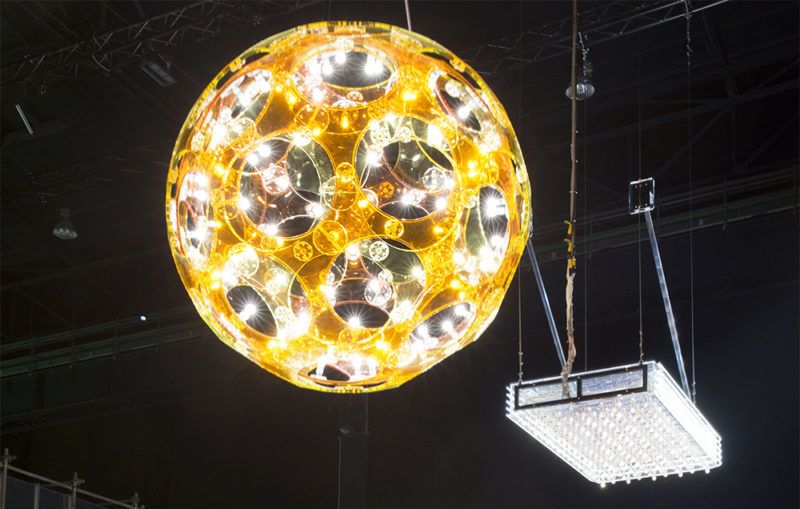 On Thursday 26 May 2016, Pirelli HangarBicocca is presenting a conversation between Carsten Höller and Philippe Parreno, introduced by Vicente Todolí and moderated by Andrea Lissoni. This very special event on the Public Program calendar brings together two of the best-known artists on the international scene and marks a conceptual link between Philippe Parreno’s “Hypothesis” and Carsten Höller’s “Doubt,” two exhibitions consecutively held in Pirelli HangarBicocca’s Navate space.

The dialogue sets off from the connections between the two shows, but also the longstanding relationship of collaboration and exchange between the two artists, highlighted by the presence within Höller’s exhibition of a work by Parreno, Marquee (2015): a choice that is also meant to challenge concepts such as authorship, uniqueness, and our perception of space and time.
The talk has been envisioned to underscore the points of continuity and discontinuity in two very different shows that have both radically transformed the concept of an exhibition and the experience of visitors, and completely transfigured the spaces of Pirelli HangarBicocca.

Carsten Höller (b. 1961 in Brussels, based in Stockholm, Sweden and Biriwa, Ghana) holds a doctorate in agricultural science, and is specialized in chemical ecology. In the early 1990s, Höller abandoned his scientific career to devote himself to art. Over the last twenty years he has shown his work in many international institutions: Hayward Gallery – Southbank Centre, London (2015); Thyssen-Bornemisza Art Contemporary, Vienna (2014); New Museum, New York (2011); Hamburger Bahnhof Museum für Gegenwart, Berlin (2010); MASS MoCA, North Adams, USA (2006); mac, Musée d’Art Contemporain, Marseille (2004); and Fondazione Prada, Milan (2000). In 2006, he presented the installation Test Site as part of “The Unilever Series” at Tate Modern’s Turbine Hall. He has also participated in major international art festivals, including four editions of the Venice Biennale (2015, 2009, 2005, 2003).
Philippe Parreno is one of the most important French artists of the last twenty years at the international level. He has shown his work in many international institutions, such as, most recently: Park Avenue Armory, New York (2015); Schinkel Pavillon, Berlin (2014); Palais de Tokyo, Paris (2013); The Garage Museum for Contemporary Culture, Moscow (2013); Fondation Beyeler, Riehen/Basel (2012); Serpentine Gallery, London (2010); Centre Pompidou, Paris (2009). He has also exhibited at the Biennale de Lyon (2005, 2003, 1997, 1991) and has been in numerous editions of the Venice Biennale (2015, 2011, 2009, 2007, 2003, 1995, 1993). Philippe Parreno has also co-curated many shows, the most recent being “Solaris Chronicles” at the Luma Foundation, Arles (2014).