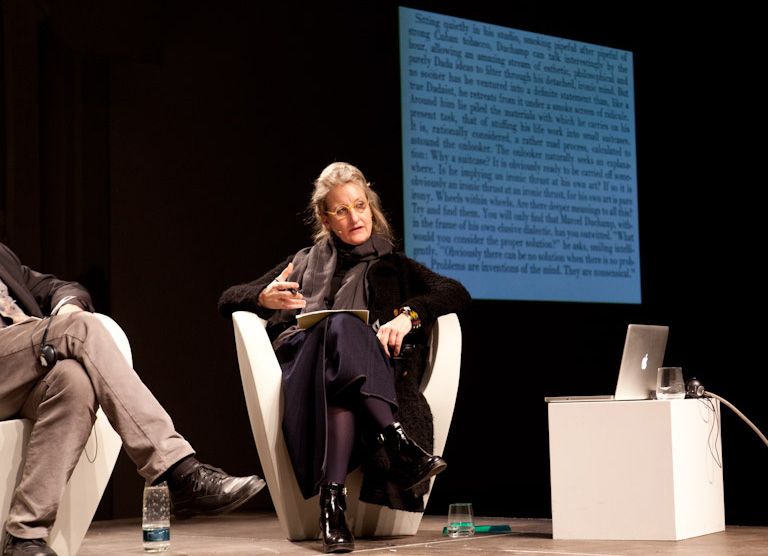 Tomás Saraceno (San Miguel de Tucumán, Argentina, 1973) is an artist and architect whose astonishing, visionary installations took him to international fame. His works are accessible to the public and capable of modifying our perception of architectural spaces. Inspired by the tradition of twentieth-century utopian architecture, they come from a desire to create low-impact aerial structures that are inhabitable and energy self-sufficient. 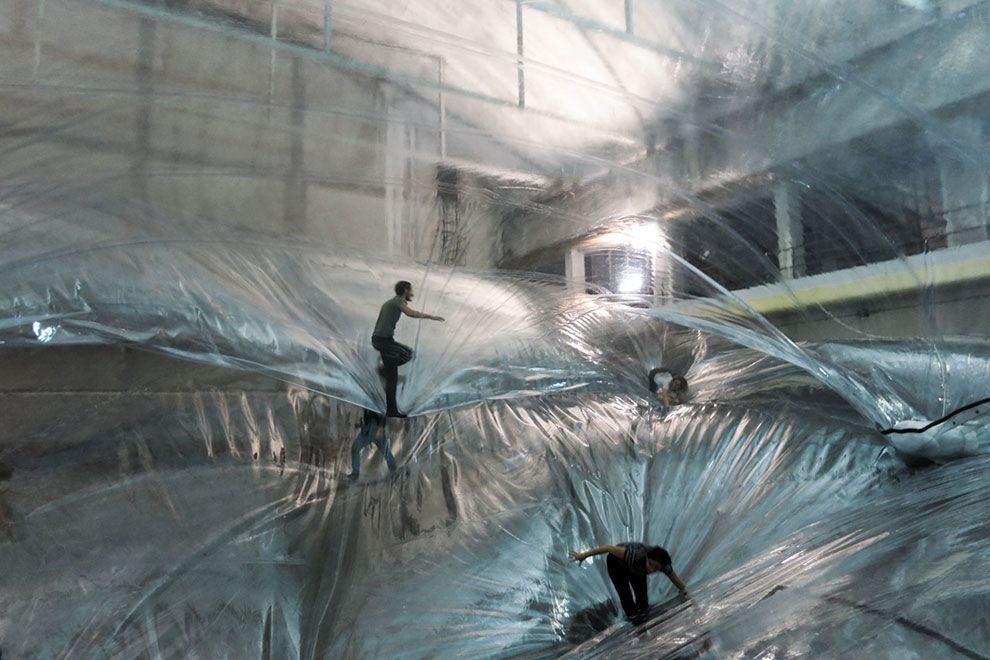 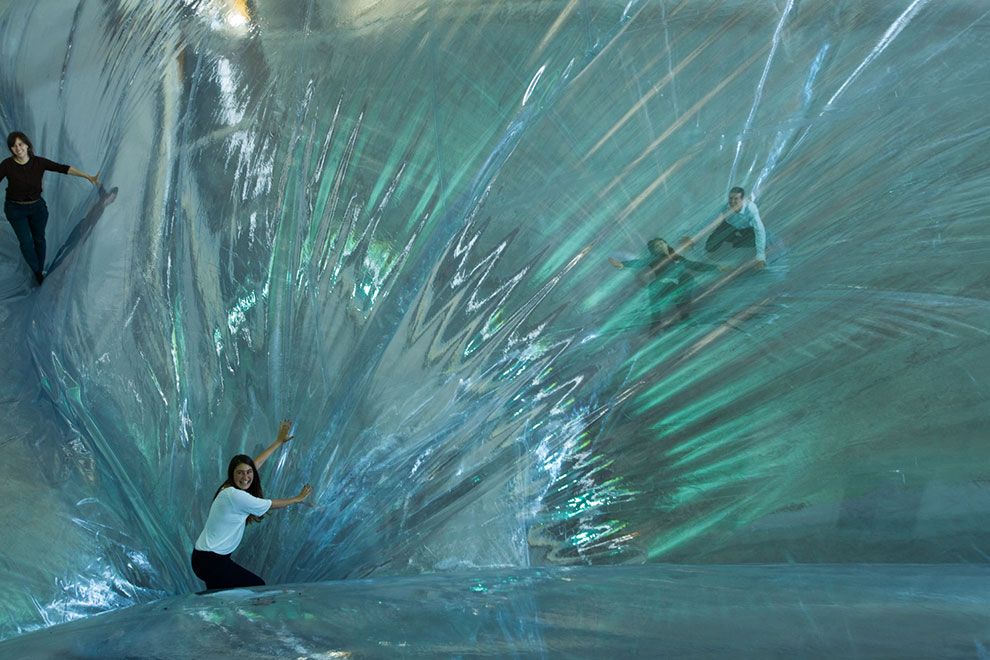 Saraceno, who describes himself as someone who “lives in and beyond the planet Earth”, takes inspiration primarily from the idea of breaking down geographical, physical, behavioural and social barriers. But also from the idea of life that is sustainable for man and planet, from the encounter and interaction between different disciplines and forms of understanding, and from the concept of networking and sharing in all stages of the creation of works and projects.
At HangarBicocca Saraceno has created On Space Time Foam, a floating structure consisting of three levels of transparent film that can be accessed by the public. It takes inspiration from the cubic shape of the exhibition space. The work required months of preparation and experimentation with a multidisciplinary team of architects and engineers, and it will have its natural continuation in an important project the artist will work on during a residency period at MIT, the Massachusetts Institute of Technology in Cambridge (MA). The Films Chosen by Tomás Saraceno On Space Time Foam: a Conversation