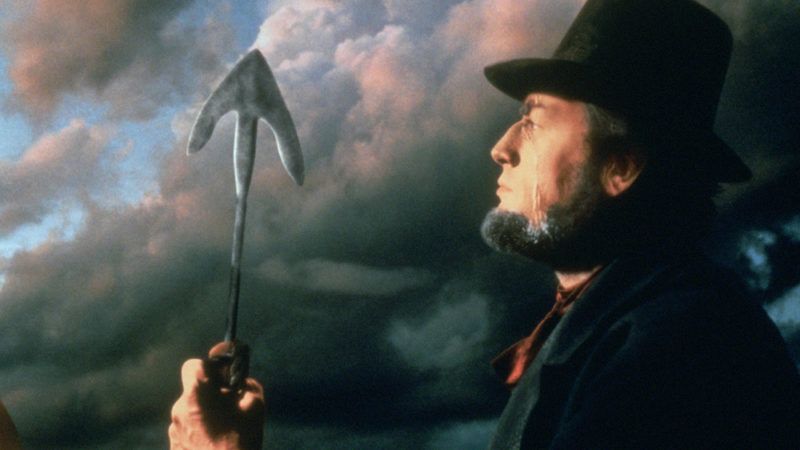 The Films Chosen by Tomás Saraceno

The Films chosen by Tomás Saraceno is HB Public’s third event devoted to the films selected by HangarBicocca artists. Viewers are given a further, unmissable opportunity to broaden their vision of the exhibition, as they are taken into the artist’s cultural world through the fascinating, evocative art of cinema. True to the participatory process that is typical of the work of Tomás Saraceno – an artist and architect of Argentinian origin who studied mainly in Germany – the films were chosen by the artist together with his partners Dario Schvarzstein, Jol Thomson and Alessandro Coco, together with the curator Andrea Lissoni.
The movies selected by Tomás Saraceno and his staff lie on the borderline between science-fiction, animated films and documentaries. This new review reflects on the great issues of the present day – on man and nature, the conflict between science and spirituality, the fragility of our planet and the susceptibility of our certainties. In doing so, it turns to innovative film techniques and styles that are different in each case, ranging from Alexandr Sokurov’s sequence long shots of Russia to the philosophical cartoon Waking Life, through to the apocalyptic visions of Werner Herzog in the form of docufiction and the mix of movie genres that we see in What the Bleep Do We Know!?. And there is also the great epic Moby Dick by John Huston and the dark, perturbing Argentina shown through the eyes of the great director Lucrecia Martel.

Elegy of a Voyage
“Along the entire journey by car that took us from Russia to the farthest borders of Western Europe, I seek something that might reveal joy, happiness and consolation in the eyes of those I meet. But in the end I find what I am looking for only in two old paintings”. These are the off-screen words we hear in Elegy of a Voyage, the transposition of the dream of a journey from Leningrad to Rotterdam seen through the eyes of the main character himself. This is first and foremost a mental journey, from silent snow-covered landscapes to misty night-time views of Sokurov’s Russia, all the way to the mystical experience of tacit contemplation of works of art at the Boijmans Museum in Rotterdam.

The Wild Blue Yonder
An alien with human features tells the story of his community, which escaped from the dying water-planet, Wild Blue Yonder, in an – ultimately unsuccessful – attempt to live in harmony with the inhabitants of planet Earth. What would happen if we were to seek an alternative place to live, and if this proved to be impossible? And if we found, after we left, that we could no longer come back and live on Earth? Herzog examines the theme of respect for nature and for the resources on our planet in a sci-fi movie in the form of a documentary. Images from the archives of NASA’s Galileo Mission alternate with dreamlike underwater sequences shot at the North Pole.

What the Bleep Do We Know!?
In a highly original stylistic experiment that combines fiction and documentary with computer graphics, What the Bleep Do We Know!? tells the story of Amanda, a young photographer affected by a speech disorder who is depressed and on the edge of divorce. Amanda’s story provides a pretext for original ruminations on existential issues, also making use of ideas from fourteen specialists, including physicists, biologists, scholars and mystics. Through their own personal and professional experiences, they attempt to provide answers to the problems faced by the lead character and, in more general terms, to the deeper significance of our everyday lives.

Waking Life
Wiley Wiggins falls into a deep coma after a road accident and plunges into a long dream, in which he meets various personalities from the world of modern and contemporary culture. These are mainly intellectuals, such as Søren Kierkegaard, Friedrich Nietzsche, Jean Paul Sartre and Philip K. Dick. These famous people involve Wiley in conversations filled with erudite quotations about the meaning of life and death, and on the relationship between dreams and reality. Waking Life makes use of rotoscoping animation, an innovative technique that combines hand-drawings and computer graphics with actors in the flesh. What emerges is a dream-world in which conversations that appear to be completely detached from the context acquire full meaning only at the end.

La Niña Santa
The second work by Lucrecia Martel, the winner of numerous awards and a nominee for the Palme d’Or at Cannes in 2004, La niña santa (The Holy Girl) tells the story of the meeting between the sixteen-year-old Amalia and Dr Jano, a married man and father who becomes infatuated with Helena, the young girl’s mother. Amalia’s erotophobic piety guides her on a personal mission to deliver Dr Jano from sin. The real star of the film is a tormented Argentina, still racked by feelings of guilt and religious taboos. Shown in the style of Pedro Almodóvar – who is also the producer of the movie – we are taken into a disturbing description of the ambiguous borderline between Good and Evil.

Moby Dick
The crew of the whaler Pequod are caught up in their captain Achab’s madcap pursuit of Moby Dick, a white whale that bit off his leg during their previous voyage. Taken from Herman Melville’s 1851 novel Moby Dick, over the years John Huston’s movie became one of the greatest successes of all time throughout the world, and not just as an adventure story. This is because it illustrates the struggle of man against nature and, ultimately, against God. It is a tragedy that shows how hatred becomes an obsession capable of dragging down into the abyss anyone who becomes an accomplice to Achab’s vindictive ravings.