Question that which has forever ceased to amaze us (Georges Perec) 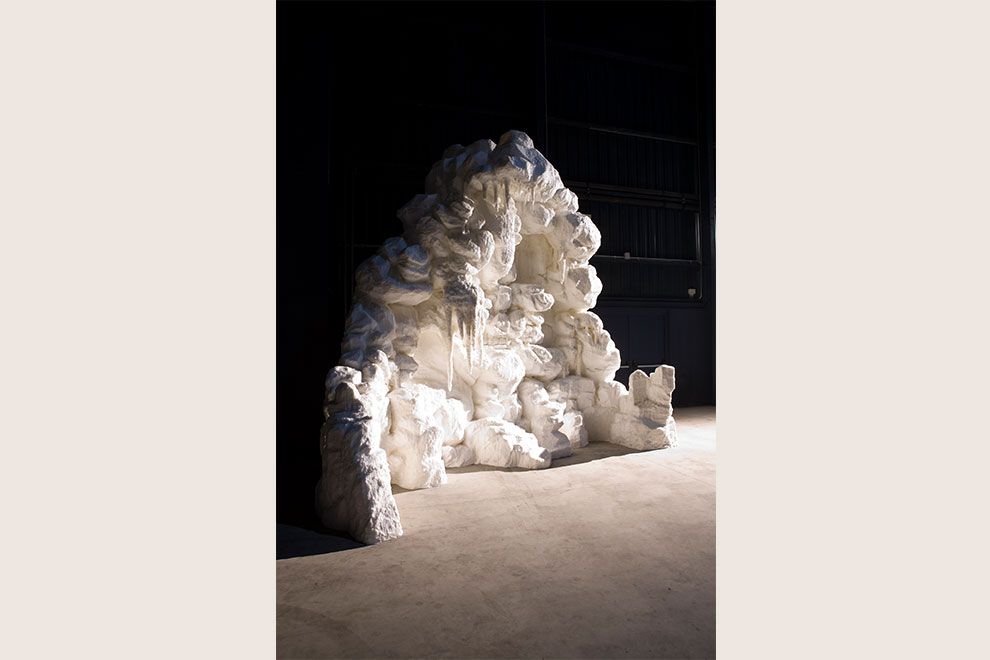 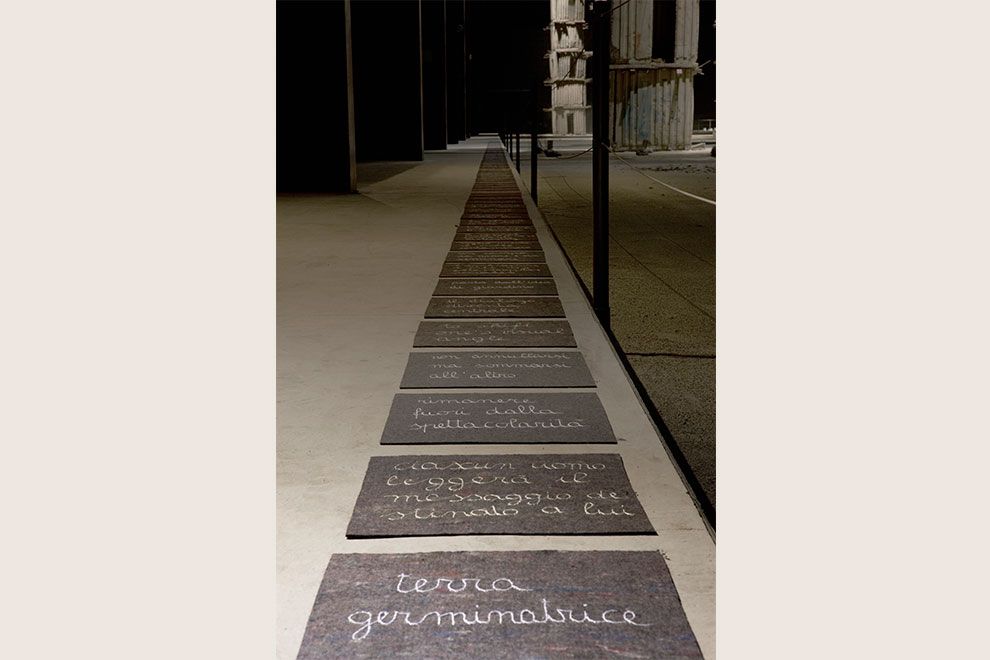 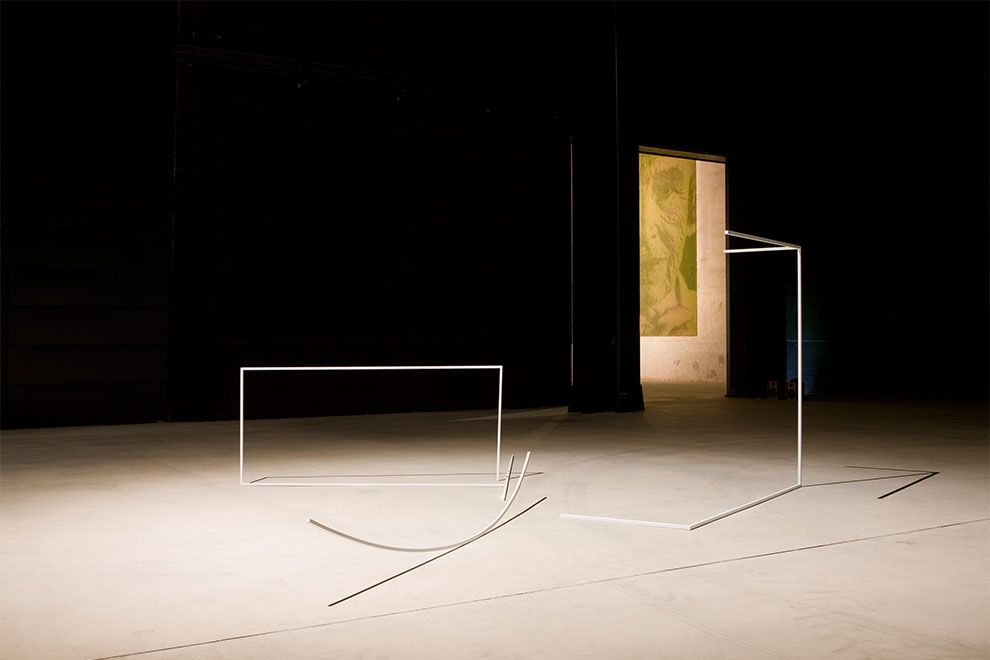 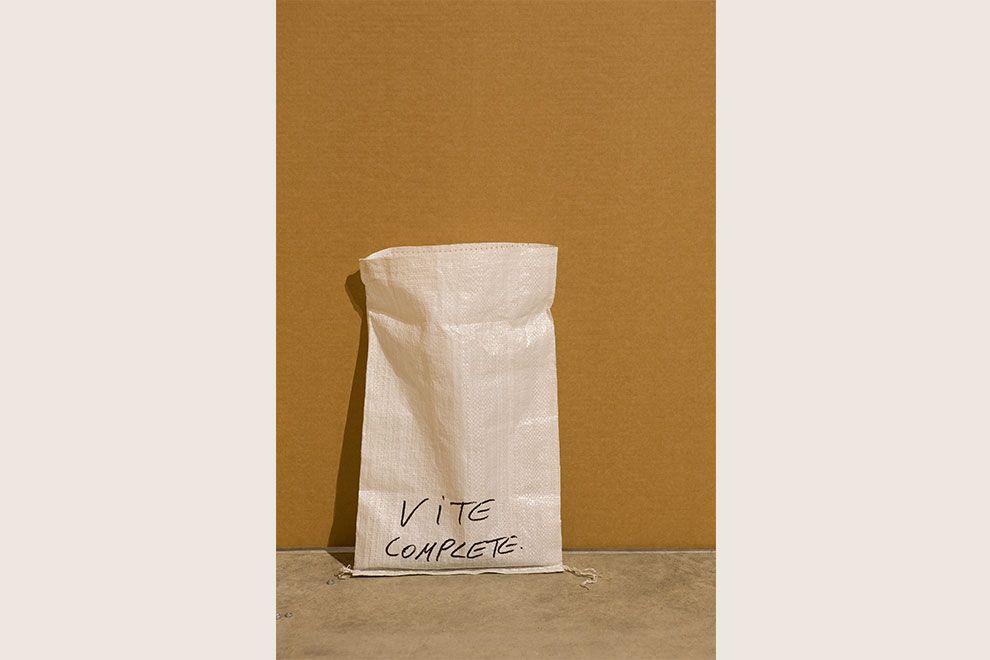 The artworks of this second phase move us towards the boundaries of reality and the subsoil, but also within the History and the catastrophe we are inflicting to Earth. Some of them withdraw the energy – be it negative or positive – from the images of newspapers and recombine it in an original and alienating form (Carlos Garaicoa), some others indicate the witness of a possible human and civil action within the sharing of the artist’s thoughts (Adele Prosdocimi), some others recall the not indifferent nature of sounds and underline their potentiality in warning, in releasing echoes of our most dramatic history (Nico Vascellari). There is the restitution of the conscience of Earth’s fragility, of our bad cure and the thought for the invisible ones (Bruna Esposito), the denounce of the environmental disaster hidden and nestled in the wonder of a sequence of images of pure nature (Kimsooja), the slow but inexorable melting within the subsoil of a piece of popular landscape, deprived by now of any center and rituality (Invernomuto) and the declaration of the centrality of threshold, of their function and of sculpture as an always magic meeting place. There are, finally, the transformations and the growths, with a new asset of signs and equilibriums (Alice Cattaneo), the extension of the gaze from the intimate and personal space of images spread throughout the world (Rä di Martino), the rebirth of a very fragile horse-hair column, reemerged from the soil elsewhere such as only the utopia can do (Christiane Löhr) and the germination of a welcoming urban labyrinthine bed, almost an extrusion from the wall that hosts the projection of its own video animation (Yona Friedman), where lies an artwork which chases the attempts of measuring the secret breath of the Earth and the many ways that nature uses in order to redraw its own territories (Margherita Morgantin). But behind each artwork you always feel the intensity that pushes towards utopia, that takes incessantly ahead, within a necessary and free vitality. “Question that which has forever ceased to amaze us”, then, can occur when you meet another way to interpret reality and when you perceive that something within the pre-constituted order can be changed, demonstrating that the fragile and the uncertain can affirm themselves as an alternative and propose themselves as original acts of wonder that still astonish. Terre vulnerabili continues its path illuminating itself more and more and lighting new and unexpected possible constellations. A Summer at the Hangar