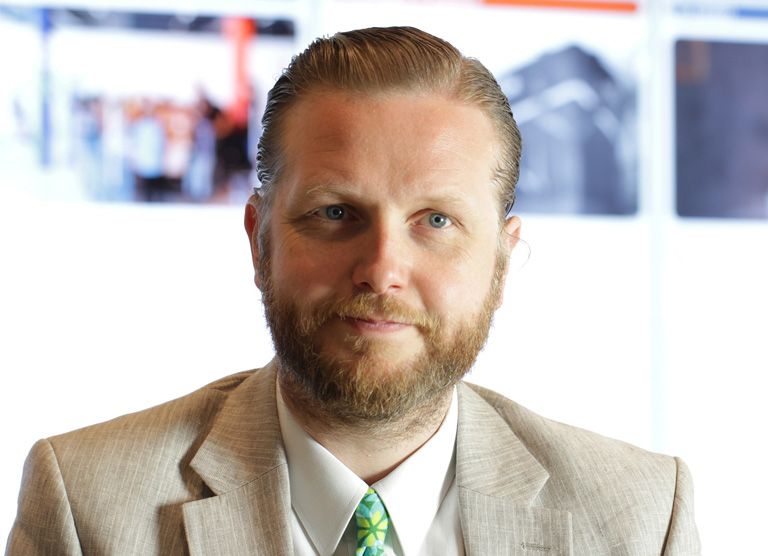 Ragnar Kjartansson | An Evening of Country and Western

The Visitors (2012) is a large installation consisting of nine video projections on a scale of 1:1. It brings into play the relationships between live concerts, the tradition of performance, poetry, and immersive cinema, based on the repetition and circular nature of actions and settings. 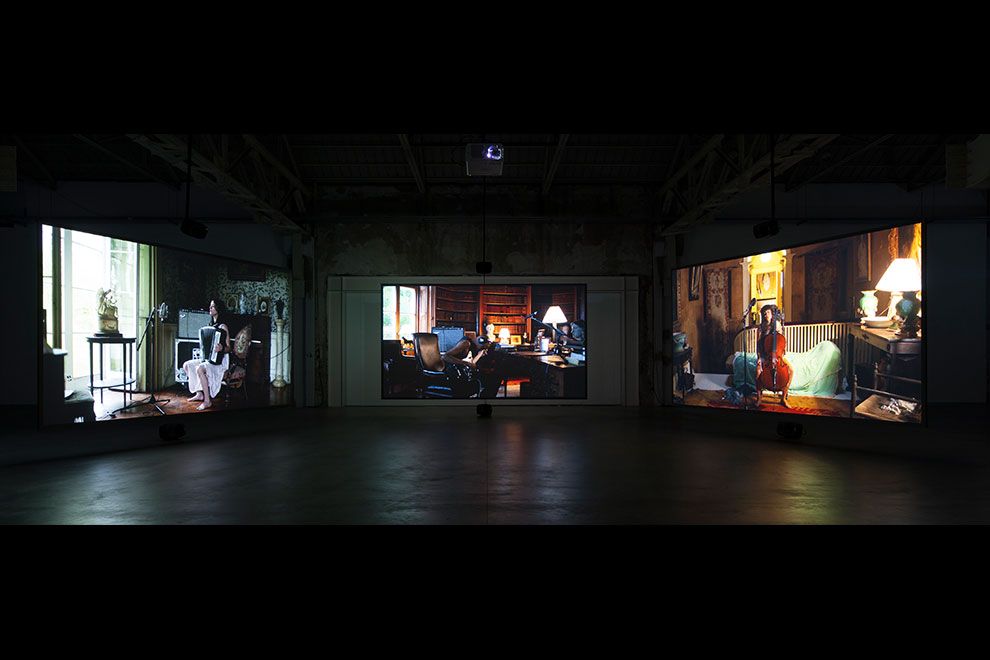 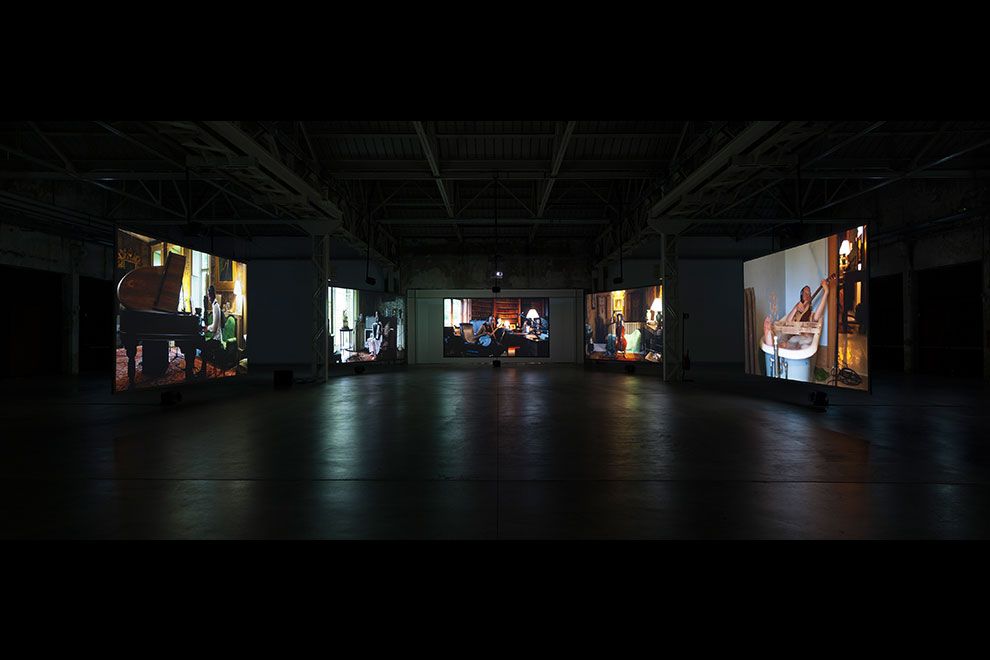 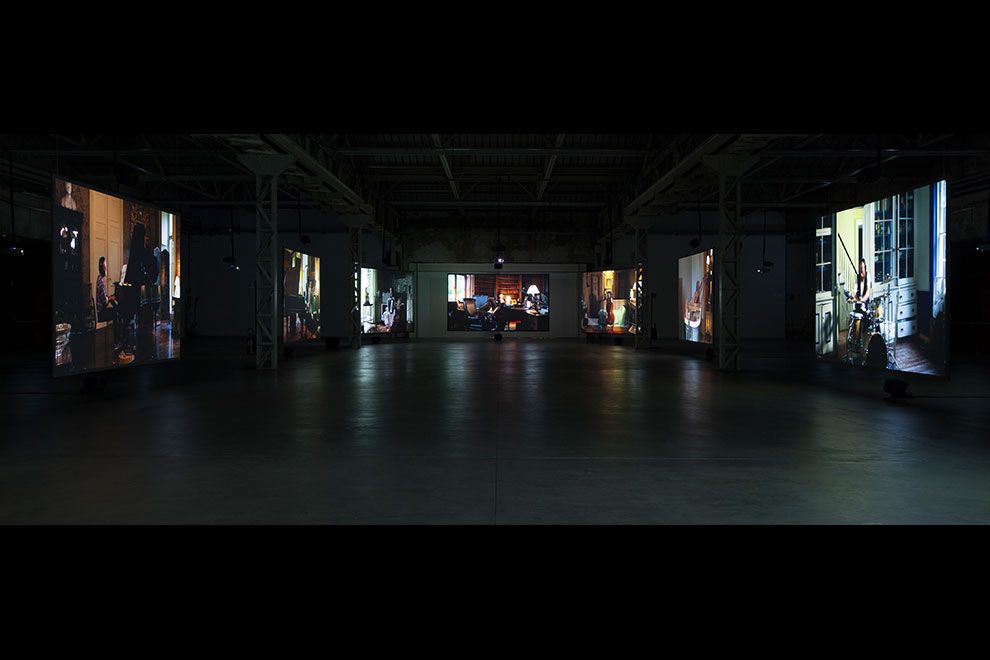 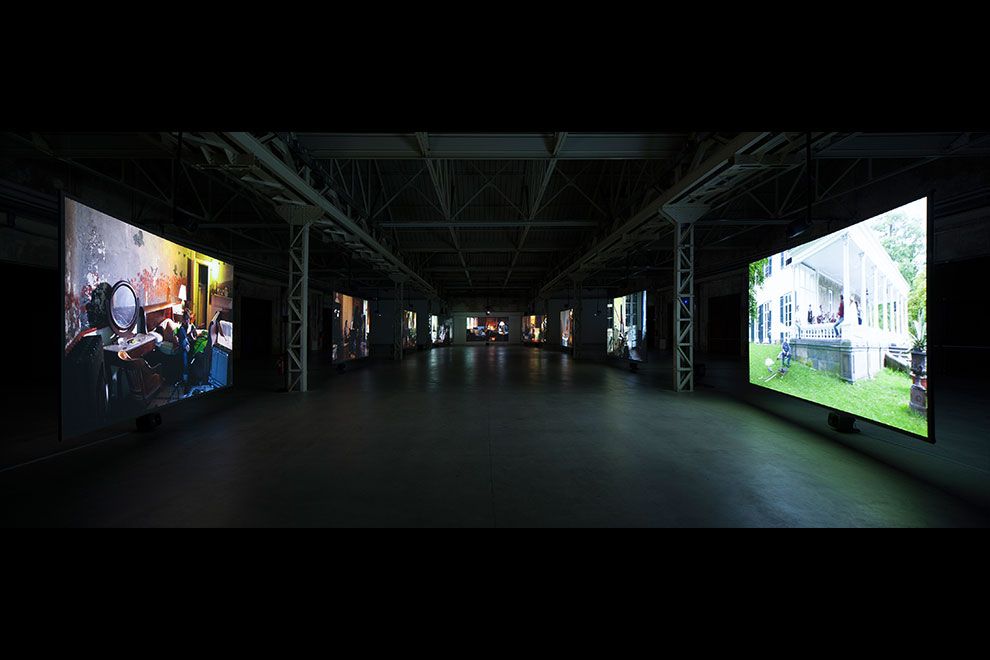 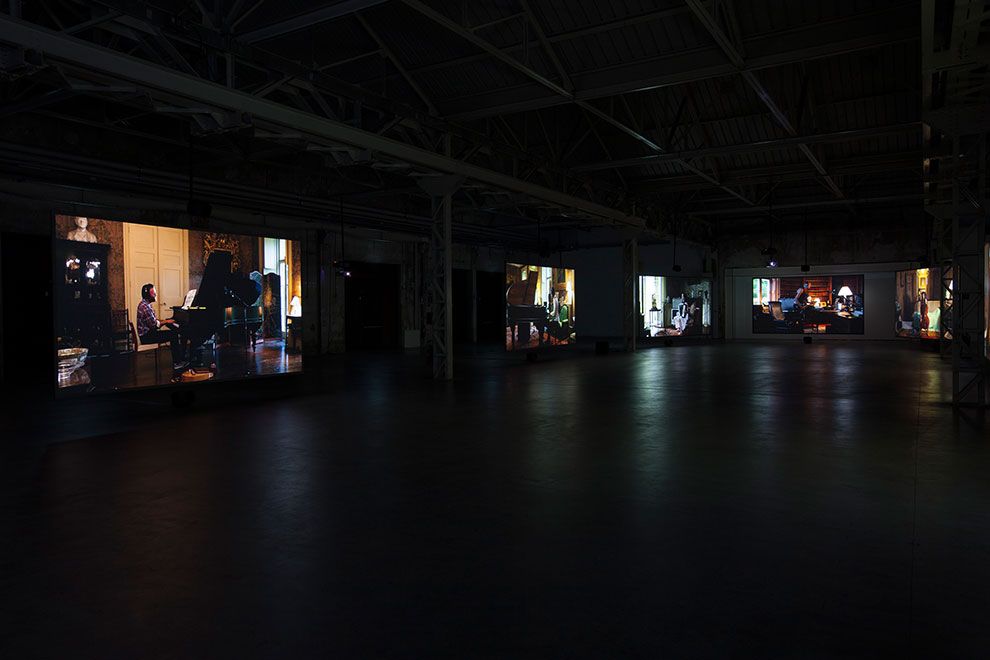 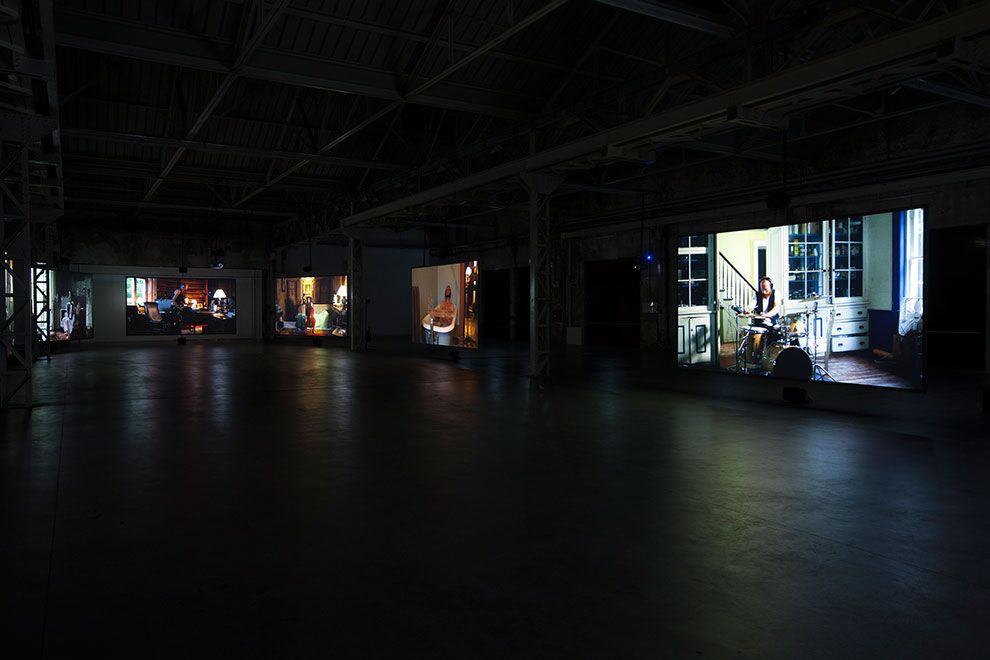 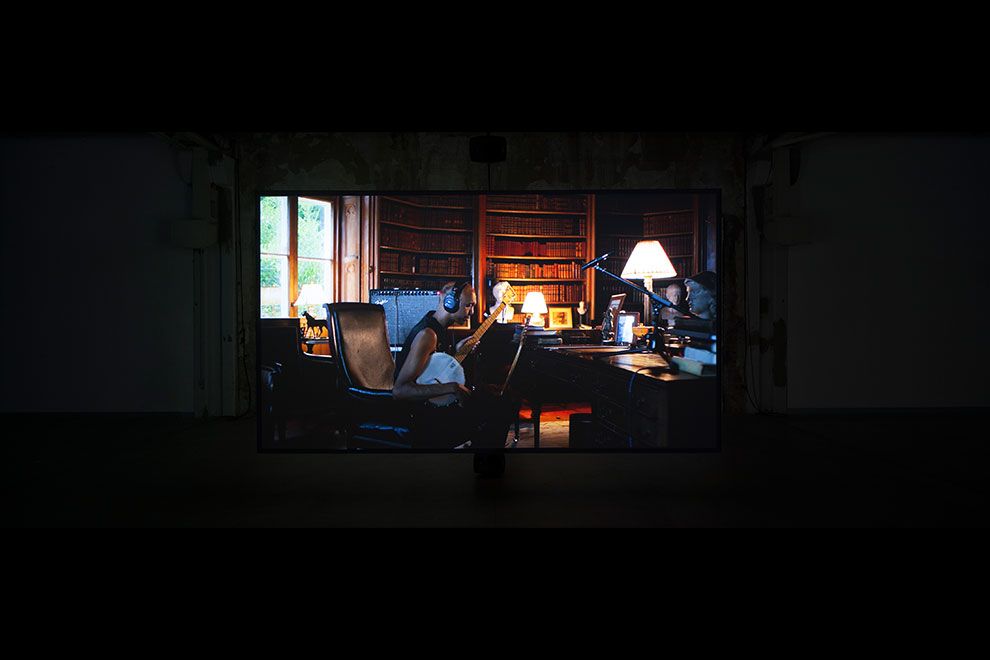 Ragnar Kjartansson’s performance practice has embraced the entire spectrum of art ever since he began. Through theatre, music and sculpture, as well as visual art, Kjartansson creates performances and actions that take from a number of disciplines. In them he explores and tests the borderline between reality and fiction, always poised between melancholy and parody.
The Visitors consists of nine videos on a scale of 1:1, in which the audience sees different musicians, all friends of Kjartansson’s (including Kristín Anna and Gyða Valtýsdóttir, founding sisters of the historic Icelandic band Múm, and Kjartan Sveinsson, keyboard player until 2012 with the famous Sigur Rós). For over an hour, the musicians, each with a different instrument, sing and play the same melody of asong called Feminine Ways.
The nine scenes are set in the many rooms of the large, dilapidated nineteenth-century Rokeby Farm in Upstate New York. The nine audio and video tracks were made separately but are shown together on large screens. The display has been specially designed by the artist and curators to emphasize the visual and audio elements of the work. The audience is thus placed at the center of a continuous, choral piece.
With its title and concept inspired by the last album of the Swedish group ABBA, The Visitors offers a reflection on the theme of the power and persistence of affective ties and of the melancholy and romanticism that are typical of the artist’s Nordic culture. Music is a fundamental element in all the artist’s work and, as Kjartansson himself says, it is used as “an almost sculptural element”.
Ragnar Kjartansson was born in 1976 in Reykjavík (Iceland), where he lives and works. After studying at the Iceland Academy of the Arts in Reykjavík and at the Royal Academy of Stockholm, Ragnar Kjartansson started his career as an artist and performer. Over the past decade, his work has received huge international acclaim. In 2008 he took part in Manifesta 8 and in the Triennale di Torino. In 2009 he became the youngest artist to represent Iceland at the Venice Biennale. In 2011 the Carnegie Museum of Art in Pittsburgh, the Museum of Contemporary Art North Miami and the ICA Boston put on Song, a solo exhibition of his works. That year, Bliss won him the Malcolm McLaren Award at Performa (New York) and the Frankfurter Kunstverein presented his first sweeping retrospective in Europe, Ragnar Kjartansson: Endless Longing, Eternal Return. In 2012, he showed The Visitors at the Migros Museum für Gegenwartskunst in Zurich. That year he also put on a solo exhibition at the Fondazione Sandretto Re Rebaudengo in Turin. In 2013 he was invited to take part in the 55th Venice Biennale, curated by Massimiliano Gioni, during which he puts on S.S. Hangover, combining performance, sculpture and sound. An Evening of Country and Western The films chosen by Ragnar Kjartansson