Neïl Beloufa (b. 1985, Paris) is one the most powerful voices of the generation of artists born in the 1980s. His artistic research focuses on contemporary society and on how it is represented and mediated by digital interaction, often with the aim of exposing the control mechanisms. In his videos, feature films, sculptures, and technologically complex installations, Beloufa plays on the viewer’s sensory experience, inviting them to reappraise their own beliefs and stereotypes. He addresses present-day issues that range from power relationships to digital surveillance, to data collection and nationalistic ideologies, to identity and a post-colonial understanding of the world.
Neïl Beloufa’s work is strongly influenced by the world of the web, by videogames, by reality TV and political propaganda, using the vocabulary of the information age to lift the lid on the value system of a society permeated with digital technology, where everything, from food choices to human relationships is established on the basis of an algorithm. In this process, the artist refers to himself as an editor, an assembler, who puts together information that already exists only to break it down again and show us the outcome without making any moral judgment. The viewers thus find themselves inside immersive installations that convey a fragmented vision of reality, a universe inhabited by pop-ups and live CCTV networks that are designed to reveal both the freedom of an apparently random system and the degree of control that underpins it.
“Digital Mourning” is the first major solo exhibition devoted to Neïl Beloufa in an Italian institution, and it stems from a reflection on the current times and on the concept of life in our digital world. Right from the title, the exhibition alludes to one of the most striking paradoxes of contemporary society, which is the existence of a technological world and its disappearance. The association of the two words—“digital” and “mourning”—comes about in the encounter between an artificial world and the absence of life, in a dimension in which life itself is simulated by means of models specially created to understand its true essence.
Resembling the scenario of an “amusement” park, the space embraces a large selection of works, including the artist’s most relevant installations and walk-through sculptures. However, mimicking the current state of affairs, it is forbidden to use the “attractions” and the exhibition appears to come alive only through a series of narrative voices. In presenting the works and explaining the viewers what to see in each area, the narrators introduce and discuss different positions, from utopian aspirations to the opinions of the youngest generation.
On the occasion of the exhibition “Digital Mourning” the artist has also adapted the 2020 Screen Talk project. The project can also be accessed on an interactive online page built as a work of art of which the exhibition presents a version that can be activated by the viewer. Similarly to online videogames, it is possible to play on the website. The user is guided by a non-linear series of events generated each time by answering the quiz questions. This unlocks further levels and gives access to the different episodes of the Screen Talk mini-series.
Neïl Beloufa is a French-Algerian artist born in 1985 in Paris, where he lives and works. His films and videos have been presented within several international film festivals. The institutions that have put on solo exhibitions of his works include the Schirn Kunsthalle Frankfurt (2018), the Palais de Tokyo, Paris (2018 and 2012), the Pejman Foundation, Tehran (2017), the K11 Art Foundation, Shanghai, and MoMA Museum of Modern Art, New York (2016), the Schinkel Pavillon, Berlin (2015), the Banff Centre, Canada, the Institute of Contemporary Arts, London, and Fondation Ricard, Paris (2014), the Hammer Museum, Los Angeles (2013), and the New Museum, New York (2011).
His works have also been shown at major group shows, including the Busan Biennale (2020), Venice Biennale (2019 and 2013), Biennale de l’Image en Mouvement, Centre d’Art Contemporain, Geneva (2018 and 2007), Taipei Biennial and Shanghai Biennale (2014), Biennale de Lyon, and Manifesta 8, Murcia (2010), and Prague International Triennial of Contemporary Art (2008). 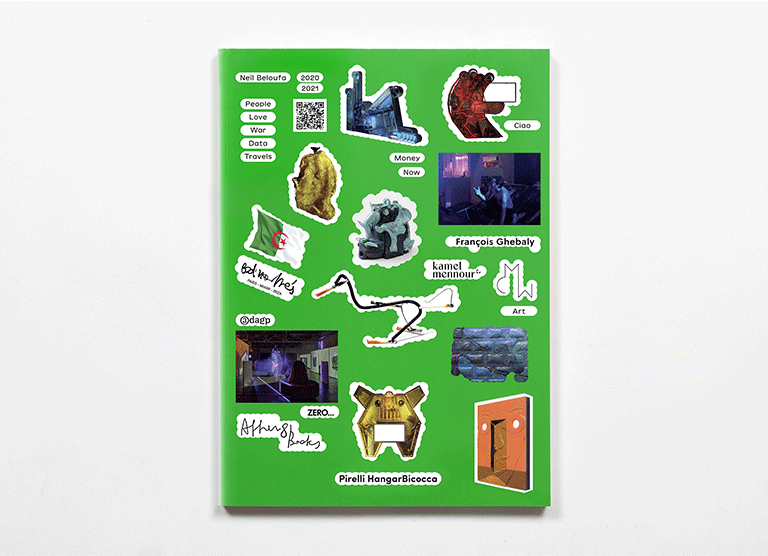