Eternity is a Long Time “Mike Kelley: Eternity is a Long Time” is an unprecedented exhibition which examines the work of the late American artist Mike Kelley (Detroit, 1954 – Los Angeles, 2012) in an open path among installations, videos and sculptures mainly realized from 2000 to 2006: works of great intensity which perfectly represent the complex and visionary universe of one of the most influential figures in contemporary art. 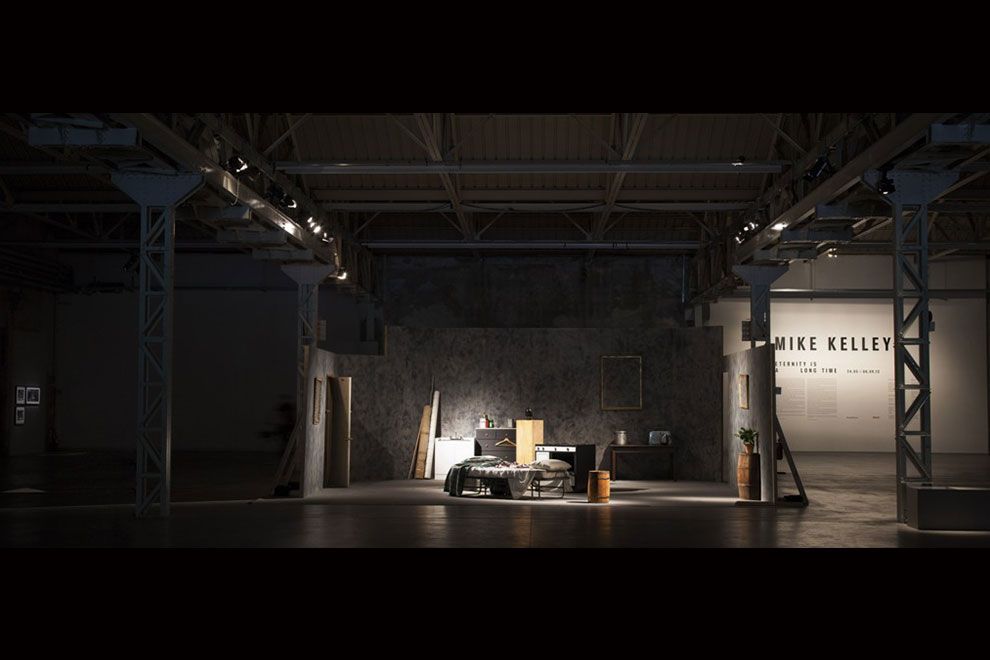 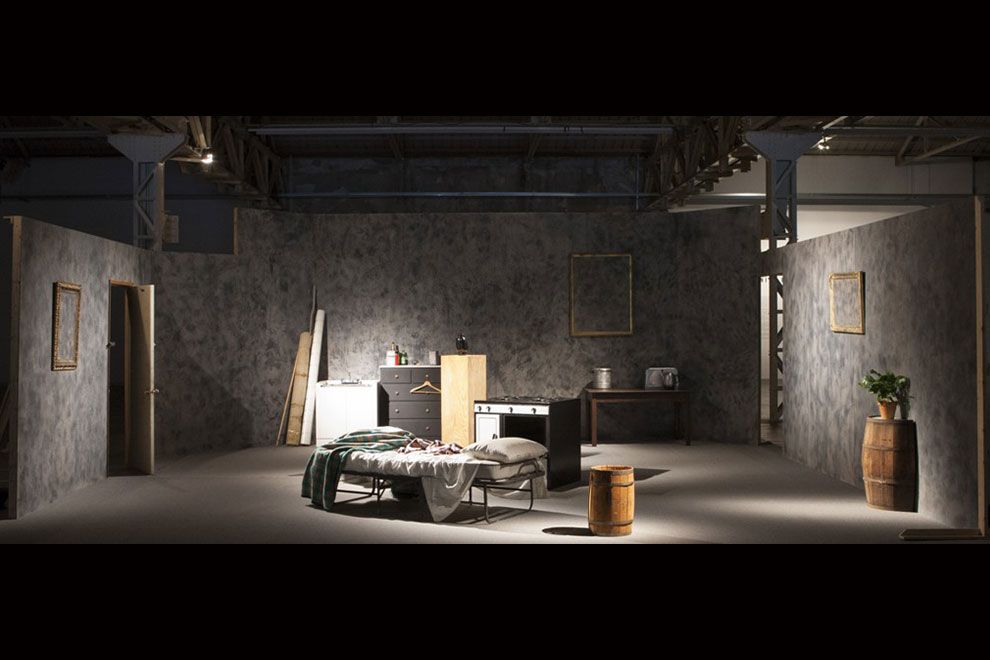 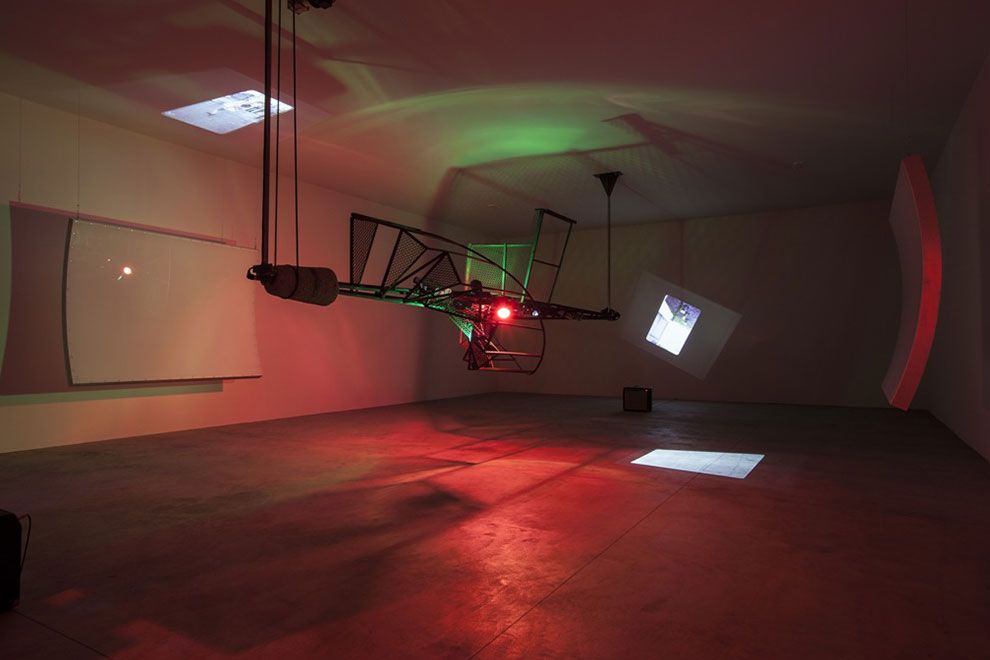 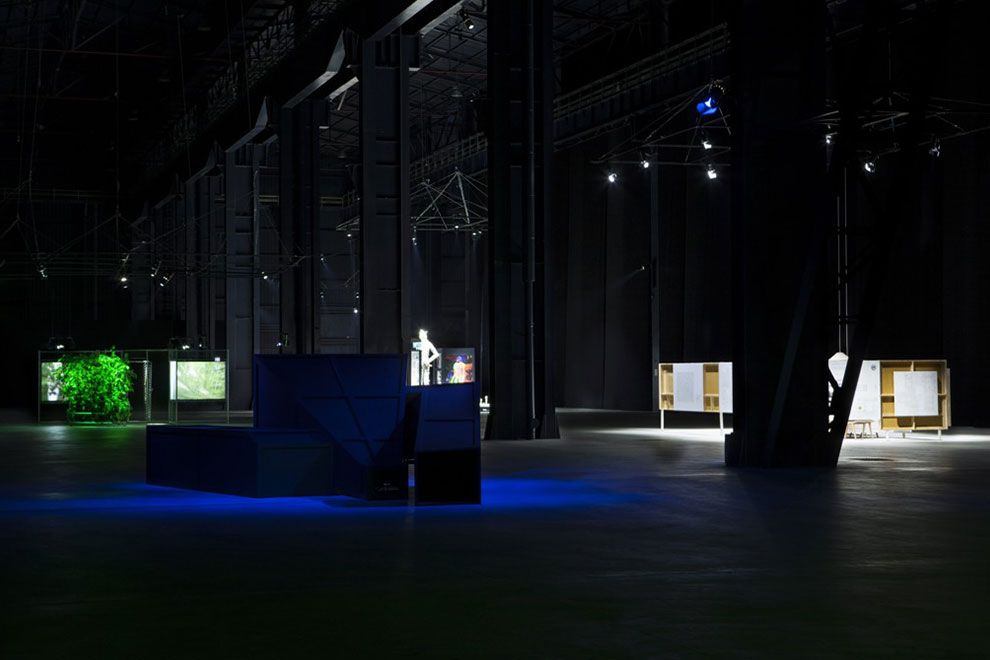 Cultural aspects and autobiographical memories are so much a part of Mike Kelley’s art: his relationship with education, his links with modernist architecture, his view of the tradition of painting and of American literature and his approach to the vernacular and to popular culture, youthful initiatory rites and styles of musical subcultures. The exhibition opens with Extracurricular Activity Projective Reconstruction #1 (A Domestic Scene) and Runway for Interactive DJ Event, two installations – which were shown together at Mike Kelley’s first solo exhibition in Italy, at the Galleria Emi Fontana in Milan in 2000 – that constitute a fundamental turning point in Mike Kelley’s research and the dawn of what was to be his most prolific creative period. “Eternity is a Long Time”, which gives the exhibition its title, is also the phrase pronounced by one of the two protagonists in the video entitled Extracurricular Activity Projective Reconstruction #1 (A Domestic Scene) to his partner before both of them take their own lives.
Another key installation is the John Glenn Memorial Detroit River Reclamation Project (Including the Local Culture Pictorial Guide, 1968-1972, Wayne/Westland Eagle) of 2001, which takes inspiration from a monument to the astronaut John Glenn, after whom the high school that Mike Kelley attended was named. The fragments of coloured ceramic and glass which cover the sculpture were picked up by Kelley himself in the river in Detroit. Sophisticated artistic techniques and typically vernacular processes, the monuments of tradition and anti-monumentality, personal and collective memory, and a media-based world of the imagination and pop culture all come together in this emblematic work.
The project is given an unmistakable touch by Emi Fontana — an Italian curator who lives in Los Angeles and worked closely with Mike Kelley during the last fifteen years of his life — and by Andrea Lissoni’s unique experience in devising unconventional exhibition formats at HangarBicocca. HangarBicocca and the curators would like to acknowledge the generosity of the Mike Kelley Foundation for the Arts and the numerous lenders who have made the exhibition, “Mike Kelley: Eternity is a Long Time”, possible.
Mike Kelley started working in the 1970s and firmly established himself in the world of artistic research in the 1980s. In his highly diversified work, he ranges across various media, wandering into different fields of expression in both art and music, and never accepting any distinction between high and vernacular art. Interested in returning to forms and figures linked to an adolescent world of the imagination and examining how popular culture produces myths and rituals, he mainly explores themes of memory, identity and dealing with authority. To do so, he uses apparently commonplace objects and artefacts, subverting their meaning and emphasising their power of communication. His ability to find his way through different codes and universes without conceptual filters make him one of the most interesting artists of our contemporary age.
Mike Kelley died on 31 January 2012 in Los Angeles. His works are now in the world’s most prestigious public and private collections, including those of MoMA and the Whitney and Guggenheim in New York, the Pinault Collection in Paris and Venice, the Reina Sofía in Madrid, the Museum of Contemporary Art in Detroit, MCA Chicago and the Centre Georges Pompidou in Paris. Mike Kelley and the Cinema