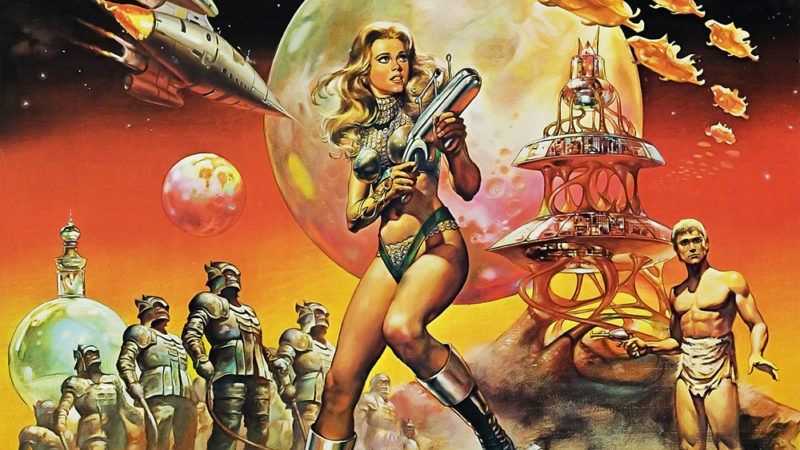 Mike Kelley and the Cinema

Mike Kelley and the Cinema is the fifth HB Public event dedicated to the films that have influenced the works of HangarBicocca artists. A passionate movie fan since he was a child, and especially during his college years, Mike Kelley also created video projects himself. He always had a special relationship with cinema, particularly with the cinema genres of popular culture, such as horror, science fiction and underground films. Both in the titles he chose for his works and in the references dotted around in his considerable number of writings, we can see the influence that cinema had on Mike Kelley’s art.

The review begins with Destroy All Monsters, which became a cult work among the Japanese monster-movies that were fashionable during the artist’s teenage years. Kelley’s interest in musical styles emerges mainly in Wild Style, a sweeping fresco of hip-hop culture set in South Bronx in the 1980s. There are also many titles that explore the world of the supernatural, from horror to fantasy, a genre that Kelley – like all those of his generation – ventured into ever since he was a boy and that became a source of inspiration for many of his works. These include Caltiki the Immortal Monster, with a frightening, murderous blob that still unnerved the artist as an adult, and The Thing from Another World, which dwells grotesquely upon the body, one of the key themes in many of Kelley’s art, and one that returns in a sensual form in the slinky Barbarella and in the imaginary depths of the science-fiction movie Fantastic Voyage. On a different level, we find The Day the Earth Stood Still, in which the theme of the “different” is used in a socio-political manner, and On the Waterfront, a classic American mystery film with a romantic-decadent atmosphere. A pop vision returns overpoweringly in Jackass: The Movie – a controversial version for the big screen of the famous MTV series – which reflects the artist’s attraction for the media phenomena of typically American youth subculture.

From May 30th to September 6th
On Thursday at 9 pm

In collaboration with Fondazione Cineteca Italiana

GLI EREDI DI KING KONG
(Destroy All Monsters)
The ninth film in the Godzilla series, which started in 1954, Destroy All Monsters is set in a hypothetical future in which the monsters are confined inside a military compound on the archipelago of Ogasawara until the arrival of the treacherous Kilaak, extraterrestrial women bent on liberating the dangerous creatures and conquering the world. Ishirō Honda here creates a cult kaijū (literally “strange beast”) movie, a Japanese science-fiction genre with over-sized monsters. Movie buffs will not be misled by the Italian title (literally, “The Heirs of King Kong”): a purely commercial move, King Kong never appears among these ominous creatures.

CALTIKI IL MOSTRO IMMORTALE
(Caltiki the Immortal Monster)
During an expedition to Mexico in search of the lost Maya civilisation, the biologist John Fielding and his assistant Max Gunter come up against an ancient statue of Caltiki, the goddess of death, sparking off a series of dramatic events that border on the grotesque. Directed by a master of Italian horror films, Riccardo Freda, under the English pseudonym of Robert Hamton, as was the fashion in those days, the film is an ingenuous Italian response to the American The Blob (1958), in which innovative elements are due to the natural talent of the uncredited Mario Bava (John Foam), the director of photography and special effects.

LA COSA DA UN ALTRO MONDO
(The Thing from Another World)
A group of American scientists at the North Pole find a flying saucer in the icy wasteland. This leads to the discovery of a mysterious hibernating alien, which spreads death at the base when it unexpectedly thaws out. Shot almost entirely in the studios on a limited budget, it was directed by an uncredited Howard Hawks and based on the novel Who Goes There? (1938) by John Campbell Jr. A classic science-fiction horror movie, it plays on the theme of the otherness of men with regard to “the Thing” – which is simply a mutant with a molecular plant structure – and to the enemy, and on the conflict between scientific progress and military pragmatism.

ULTIMATUM ALLA TERRA
(The Day the Earth Stood Still)
Accompanied by the robot Gort, an alien with a humanoid appearance, Klaatu lands on our planet to warn us against a possible intergalactic crisis, but he mingles into the Washington population after receiving a hostile welcome on his arrival. Just a few years after the Second World War, with great foresight The Day the Earth Stood Still brings to the big screen issues that are still topical today. They illustrate the preoccupations of US culture at the height of the Cold War – with distrust of the “different” stoked by politicians and the media – in an attempt to offer a clearly pacifist message.

BARBARELLA
(Barbarella Queen of the Galaxy)
A character from the series of comics of the same name by Jean-Claude Forest, Barbarella is a stunning heroine from the future whose mission is to find the evil scientist Duran Duran, the inventor of a lethal laser. The absolute protagonist, right from the famous weightless strip-tease on the opening credits, is a young, attractive Jane Fonda. She comes up against a whole string of grotesque characters in a number of episodes, and this is coupled with a plot that is as ironic as it is intentionally futile, with the underlying theme being the ingenuously dissolute power of Barbarella herself.

VIAGGIO ALLUCINANTE
(Fantastic Voyage)
The victim of an attack, Professor Jan Benes is in danger of his life: in an attempt to save him, a number of doctors and soldiers have themselves miniaturised – thanks to the new frontiers of science – and enter into his body in order to operate on his brain. A rare case in which the film comes before the book (Isaac Asimov’s novel of 1966 is the literary version of the film script), Fantastic Voyage achieved cult status in science-fiction movies, with special effects that still appear credible today and that had a huge impact in their day, and indeed they were awarded an Oscar. Today’s audience will not fail to notice that the most terrible enemies in the story are actually the antibodies.

FRONTE DEL PORTO
(On the Waterfront)
Terry Malloy – played by an extraordinary Marlon Brando – is a dockworker and former boxer whose brother Charley is the head of a mafia gang that controls the dockworkers’ union in New York. A meeting between the lovely Edie and Father Barry convinces Terry to testify against one of the many racketeering crimes committed by Charley. On the Waterfront, which received eight Oscars, is a crime drama film laden with political and social overtones, in which the director Elia Kazan creates an effective, even though melodramatic, portrait of the American character, which is able to find the strength to rebel when Love and Faith act in unison.

JACKASS: THE MOVIE
The cinema version of the MTV series of the same name, Jackass: The Movie is a combination of brief amateur shots of crazy episodes from the lives of a band of professional stuntmen headed by Johnny Knoxville. Without any sort of plot, the film is dominated by absurdities and pranks that are simply an end in themselves. It was this triumph of folly and the celebration of total contempt for danger that made the controversial television programme, film and their sequels such record-breaking box-office hits.

WILD STYLE
Set in 1980s New York, Wild Style heralded what was to flourish as hip-hop culture around the world, illustrating an interesting cross-section of the universe that revolves around diverse forms of mural art and graffiti. The story is by the talented young writer Zoro. The film combines break-dance, fashion, art and urban culture and, as the director Charlie Ahearn has pointed out, it does not aim to be a documentary, even though it makes use of the collaboration of some of the pioneering actors of hip-hop, whose everyday lives often had an influence during the making of the film as creative agents in the film script and shoots.