The artistic practice of Italian artist Gian Maria Tosatti (b. Rome, 1980; lives and works in Naples) focuses on the concepts of collectivity and memory in their historical, political, and spiritual dimensions. Tosatti’s projects are the result of long and detailed research, and taking inspiration from the visual arts, performance and architecture, he creates sculptural works and large site-specific installations. Many of them are conceived for entire buildings or urban areas and they are made to last for extended periods. He also often involves the communities around the places where his works take shape. That was the case, for example, with the long-term project entitled Sette Stagioni dello Spirito (2013-2016), a titanic work in seven stages that involved a number of abandoned but emblematic buildings in the city of Naples or more recently My Heart is a Void, the Void is a Mirror, an on-going project started in 2018 across various countries.
Tosatti’s retrospective exhibition at Pirelli HangarBicocca—a project on which the artist has been working for over two years now—will retrace his career, with various installations and historical works placed inside a large new environment that will radically transform the space of the Shed, manipulating it and enabling the viewer to enter a novel dimension. 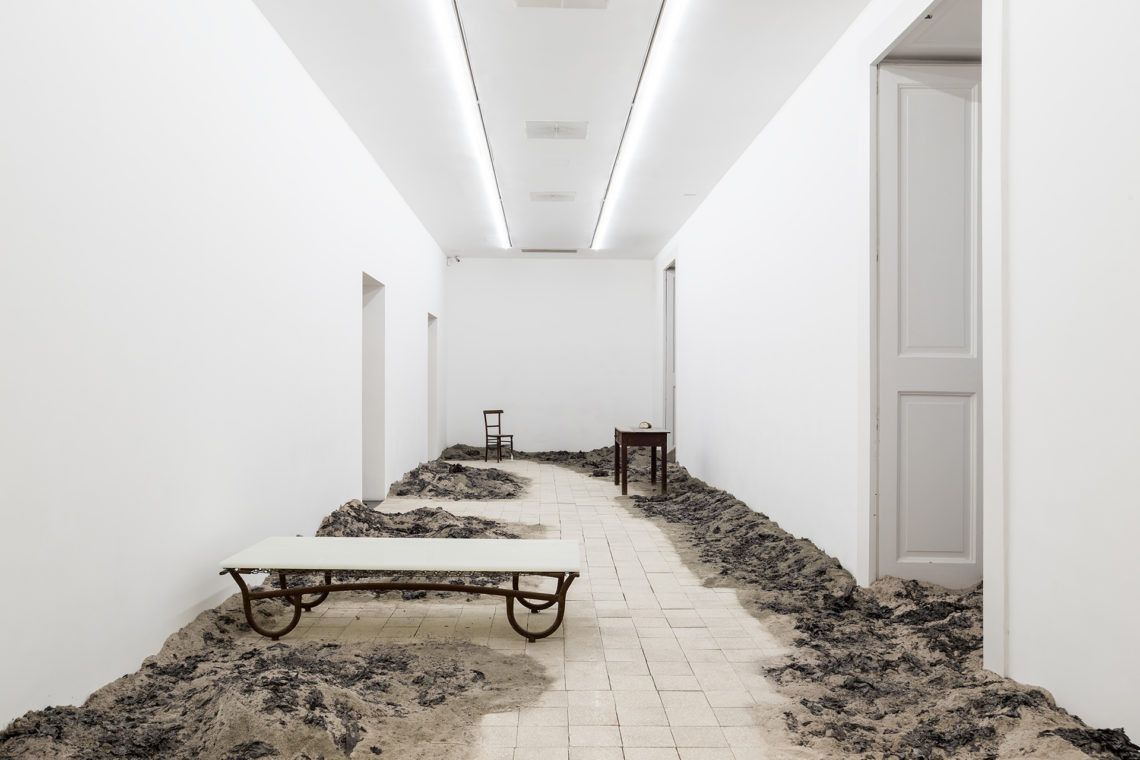