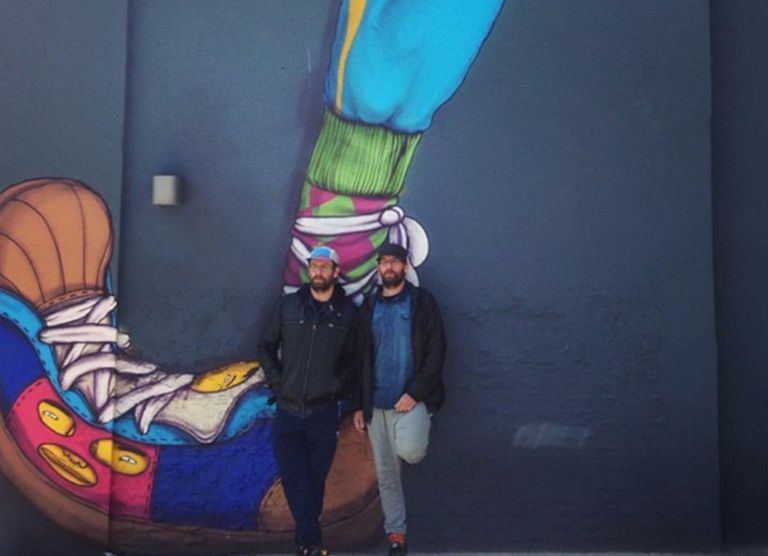 Admission to the exhibitions is free and online reservation guarantees priority access in the selected time slot.

Efêmero is the first intervention in the program “Outside the Cube”, dedicated to Street Art and other forms of art connected to the urban and public contexts. During the inaugural edition of “Outside the Cube,” OSGEMEOS—literally “the twins,” the pseudonym of brothers Gustavo and Otávio Pandolfo (born 1974, São Paulo, Brazil)—presented their first major mural in Italy. 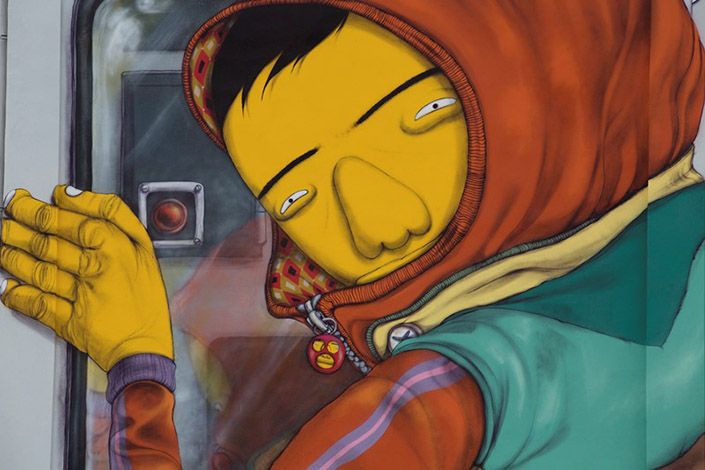 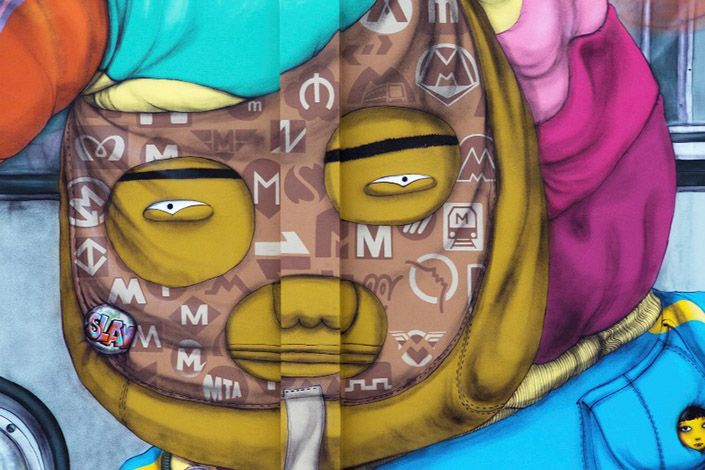 Drawing inspiration from the history of the Pirelli HangarBicocca building, where train locomotives were built during the twentieth century, as well as from the close proximity of railway lines running parallel to the site, Efêmero recreates the silhouette of a city train on a monumental scale as it projects itself through the local context along an imaginary voyage.
With training based in hip-hop culture and “wildstyle” graffiti, this artistic duo has brought the culture of street “writing” into major international museums, developing a refined, recognizable style beginning in the 1980s. Characterized by the presence of oneiric landscapes and poetic figures, the work of OSGEMEOS draws on a vast range of cultural, social and political references, as well as the colours, nature and urban context of São Paulo.