The work of Dineo Seshee Bopape (b. Polokwane, South Africa, 1981; lives and works in Johannesburg) is characterized by the use of organic and highly symbolic materials that allude to the concepts of memory, identity, and belonging. Soil is one of the most recognizable materials in her practice, and it is often mixed with other substances such as coal, ash, and clay to create environmental installations. Taking as a starting point her own experience in her homeland, South Africa, Seshee Bopape weaves narratives that investigate archetypes and myths in which the female figure plays a central role. Combining digital and analogical aesthetics, her work incorporates different media, like sculpture, drawing, video and sound, through a poetic approach that has its origins in matter.
The solo exhibition of Dineo Seshee Bopape, her first in an Italian institution, brings together a wide range of works as well as new productions. Visitors are drawn into a vast array of historical references and different geographical and geological contexts, giving them the chance to explore her practice, which reflects on the relationships between self, memory, socio-politics, history, sovereignty, form, nature and spirit. 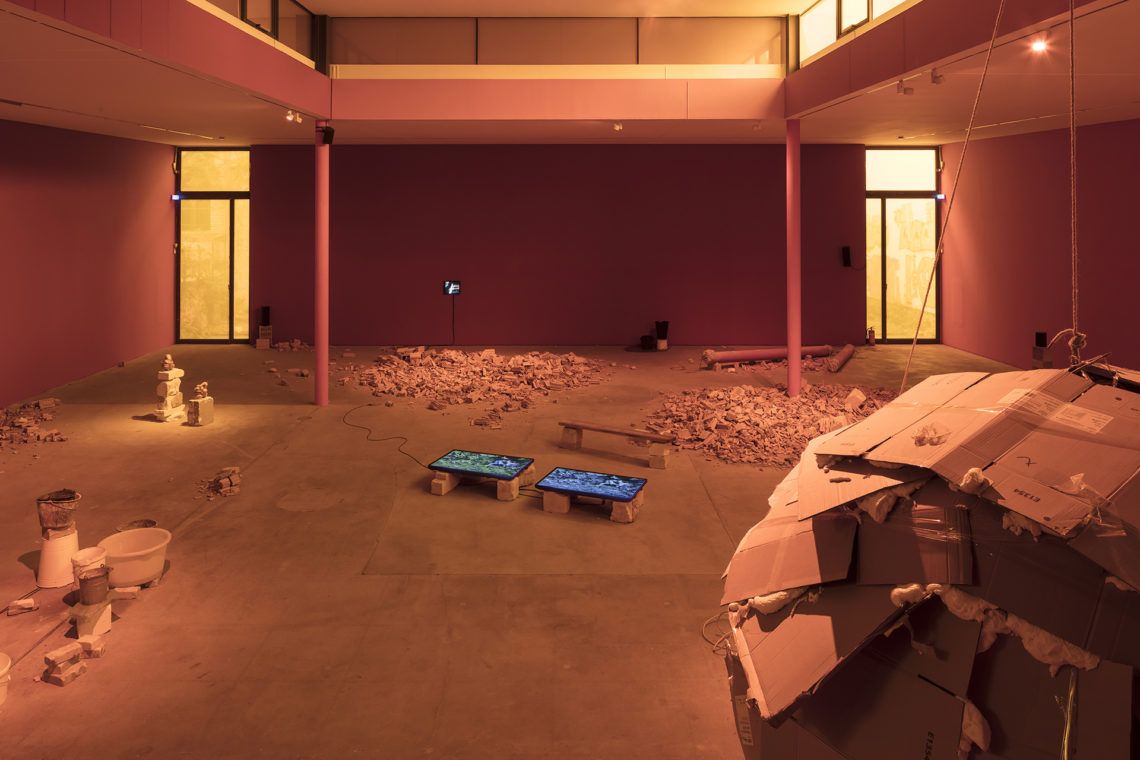 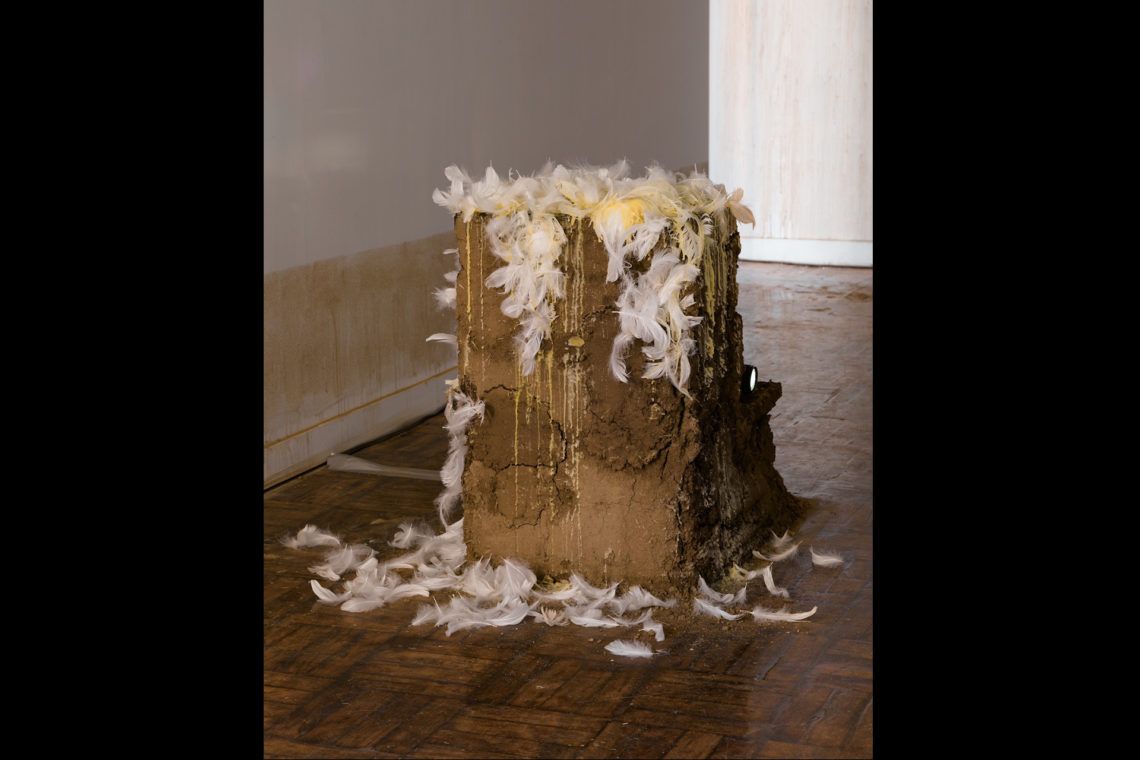 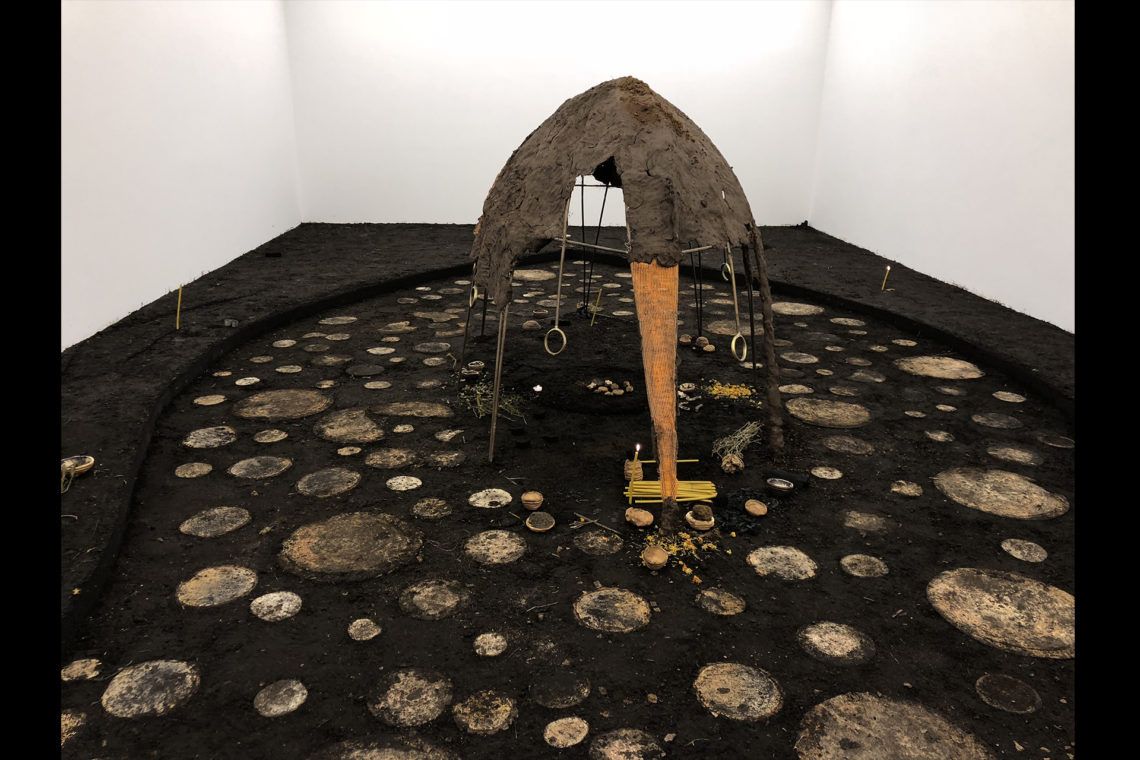 Several international institutions have organized solo exhibitions by Dineo Seshee Bopape, including the Institute for Contemporary Art at Virginia Commonwealth University, Richmond (2021); Kunsthalle Bielefeld, Witte de With Center for Contemporary Art, Rotterdam, and Darling Foundry, Montreal (2017); Art in General, New York, and Palais de Tokyo, Paris (2016); Hordeland Kunst Sentrum, Bergen, and Hayward Gallery Project Space, London (2015); and August House, Johannesburg (2014). In 2019, she was one of the artists representing South Africa at the 58th Venice Biennale.
She has also taken part in numerous group shows, including Prospect New Orleans (2021); Busan Biennale (2020); Berlin Biennial for Contemporary Art (2018); Sharjah Biennale (2017); Marrakech Biennale, Bienal de São Paulo, Montreal Biennale, and SeMA – Media City Seoul (2016); and Biennale de Lyon, (2013) and is one of the artists invited to the 2022 Sydney Biennale.
The show at Pirelli HangarBicocca will be accompanied by the first monograph dedicated to the artist. The volume will include critical essays by art historians and international theorists, as well as a wide documentation of the exhibition project.