The Thai artist and filmmaker Apichatpong Weerasethakul presents Primitive, a project he started in 2009 and which is being shown in its entirety in a display specially designed for the spaces of HangarBicocca. In the almost total darkness of the Shed, the viewer is plunged into a magical, mysterious atmosphere conjured up by images that alternate light and dark, video clips and documentaries, narrative and absolute silence, reality and fiction, past and future. 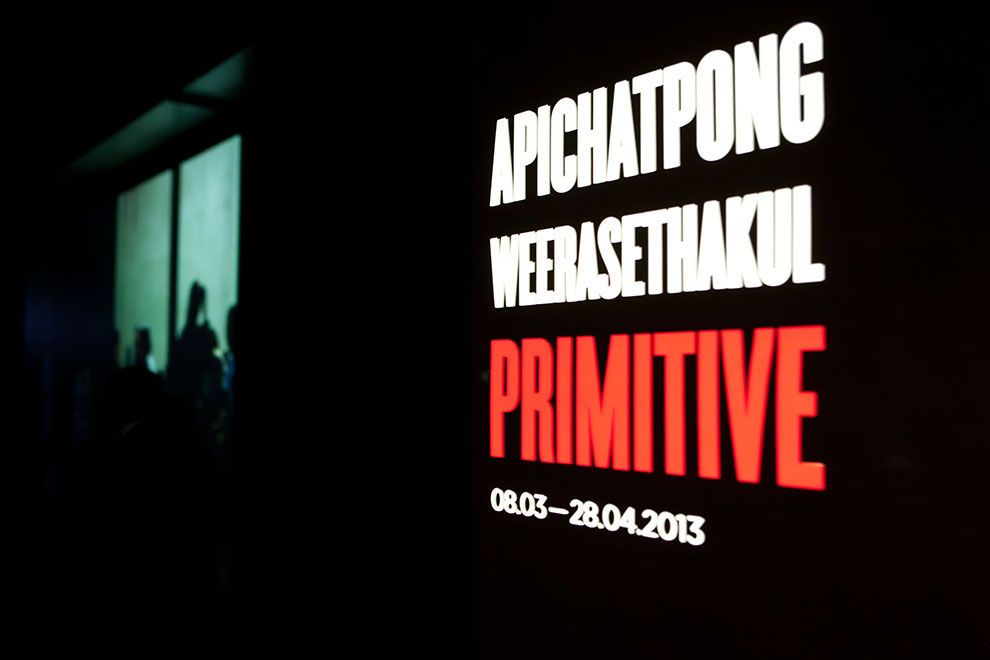 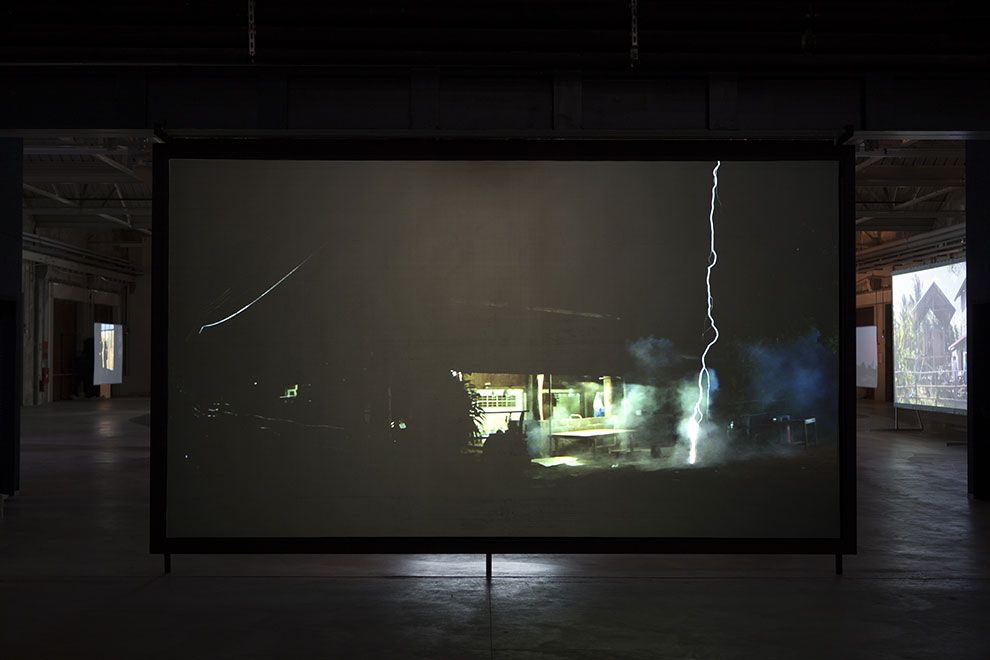 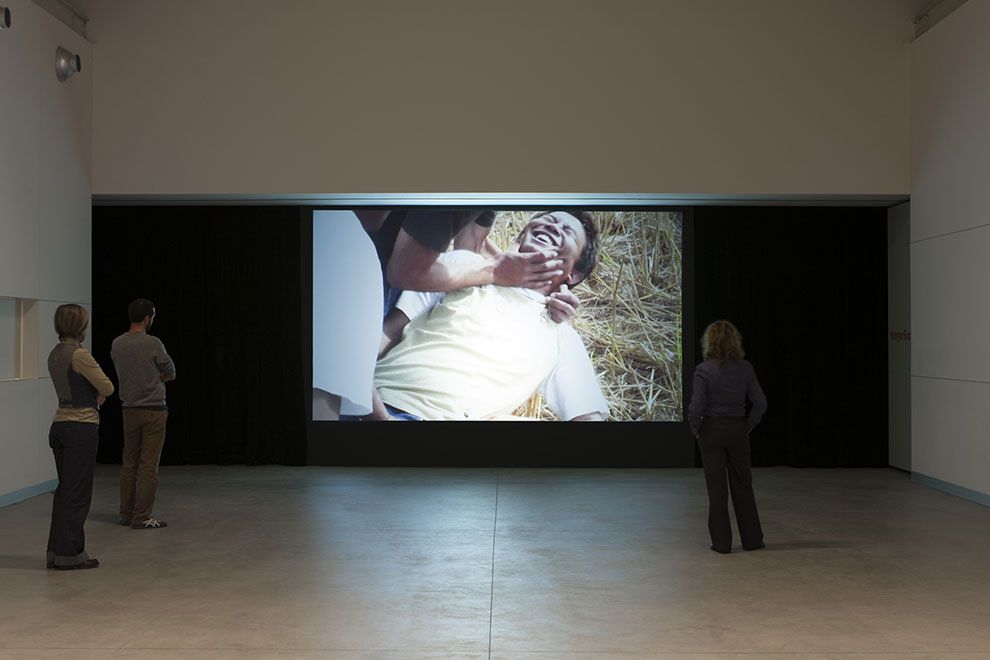 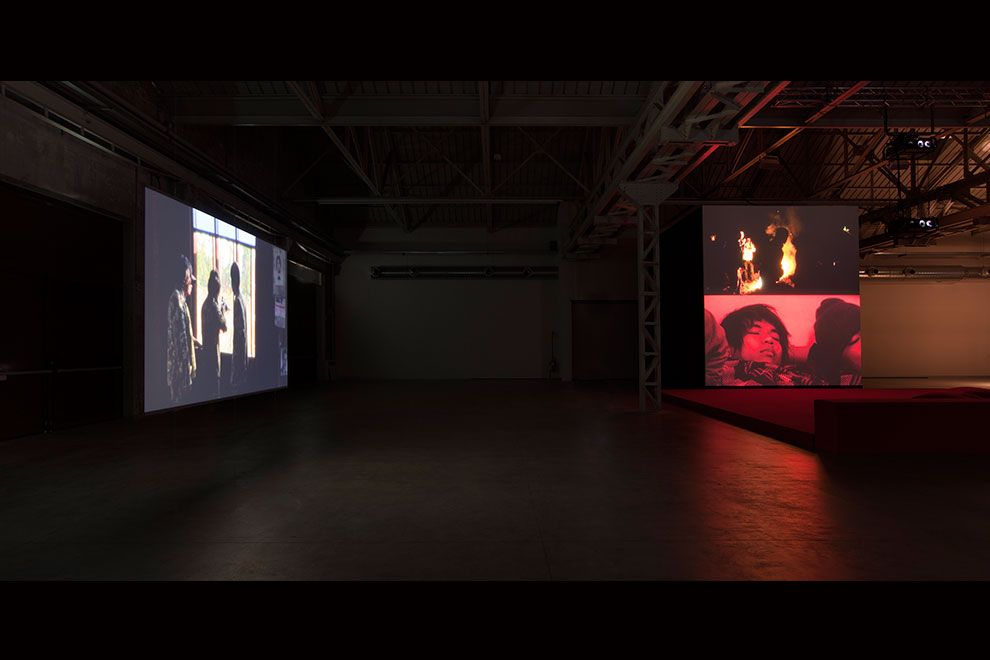 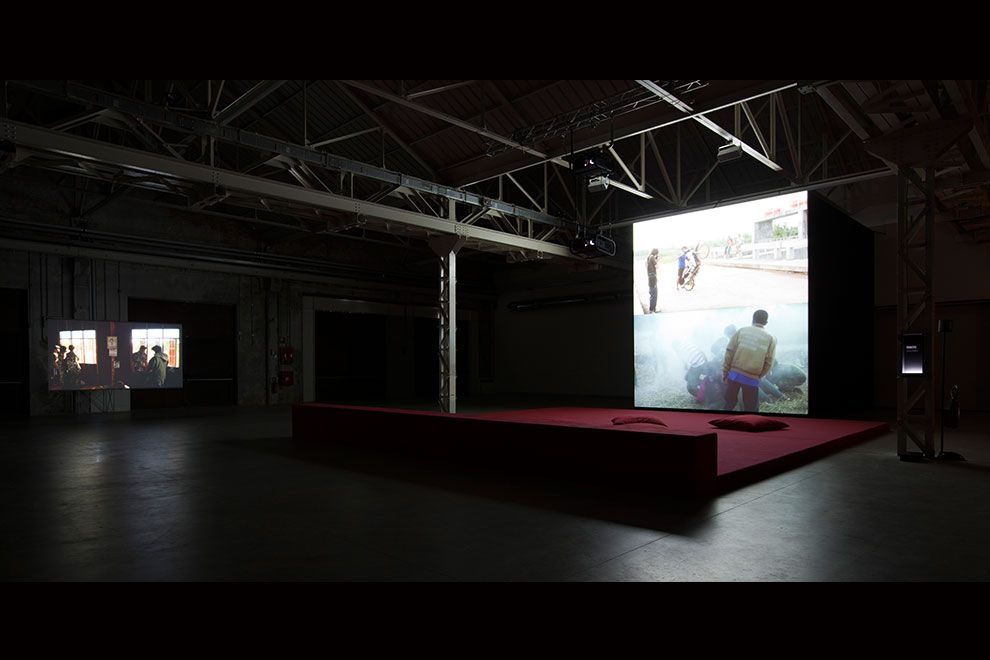 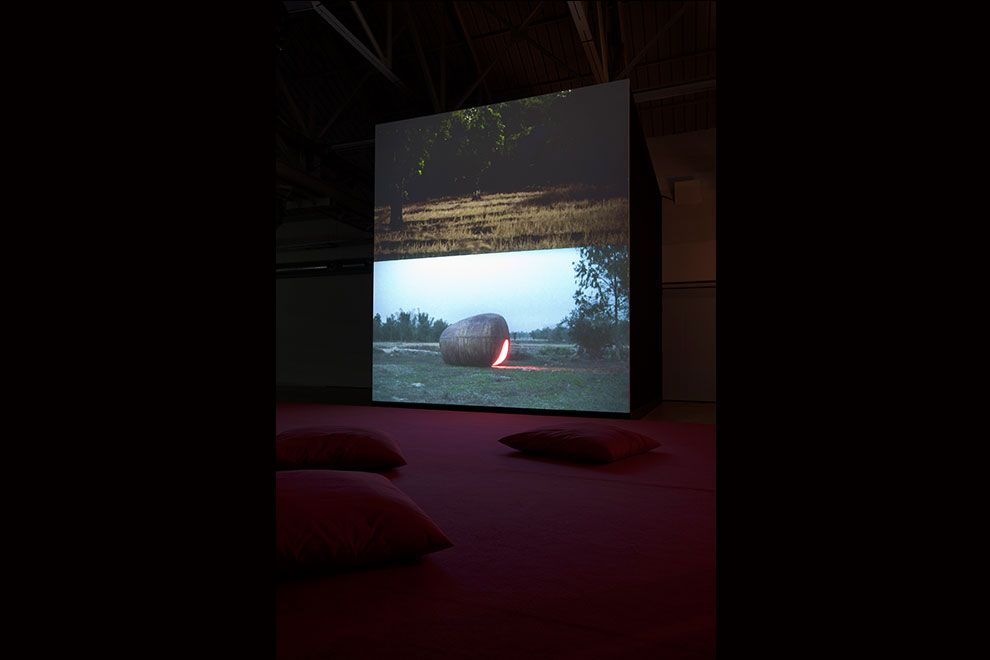 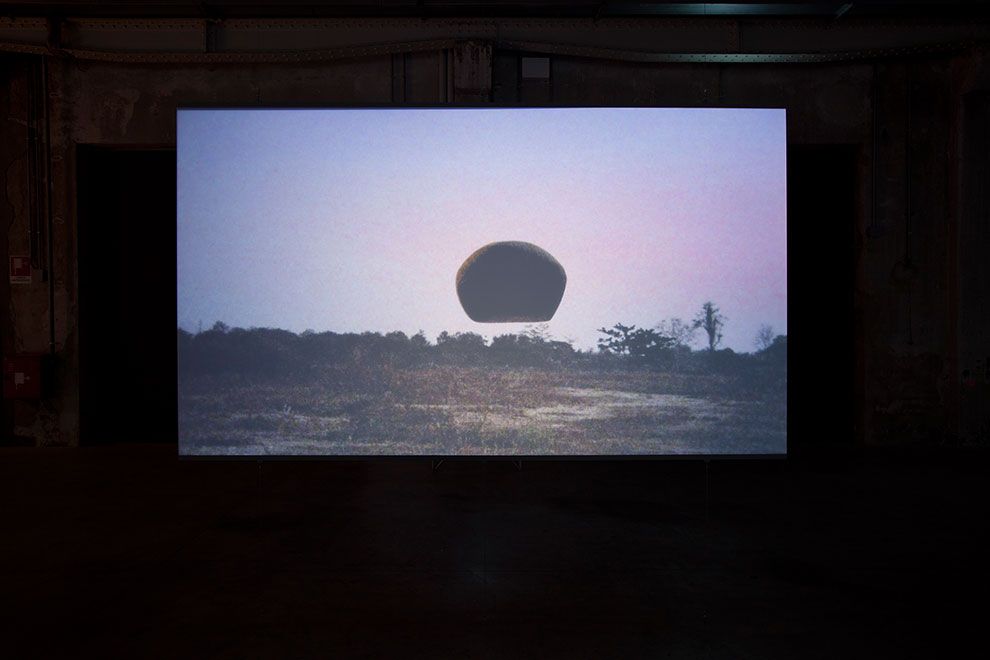 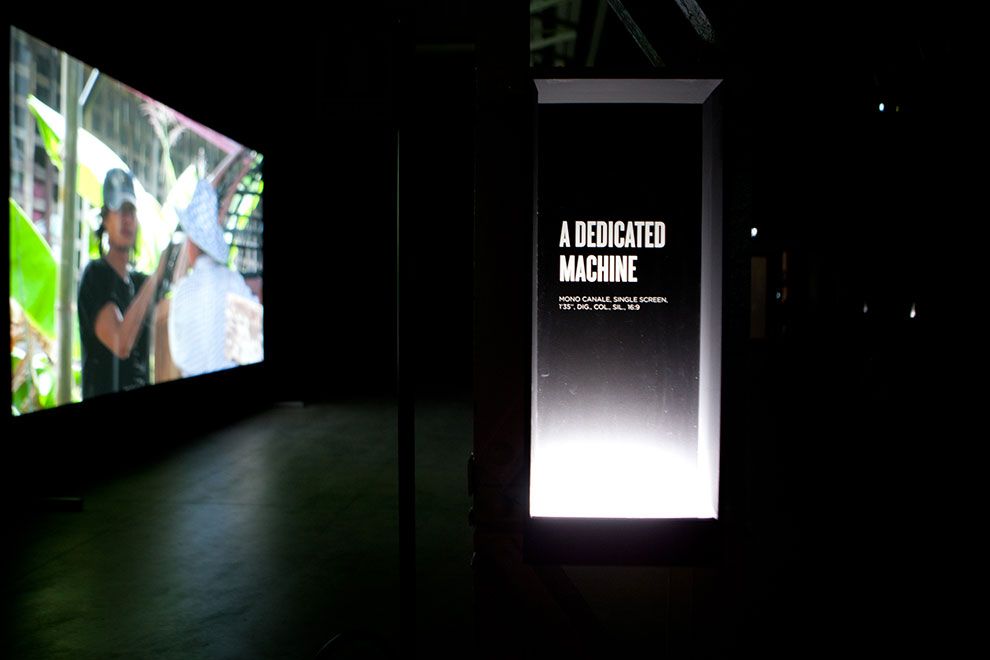 The director’s story starts out from Nabua, a village in the north of Thailand which was the target of tragic repression and attacks by the Thai army from the 1960s to the 1980s. Here its history is re-examined and re-imagined, involving the young people of the place – descendants of the erstwhile dissidents – with whom the artist lived and worked for some months in the summer of 2008. The climax of this shared experience is the creation of a spaceship – a jointly made work of art in which the exuberance of the kids is combined with the artist’s visionary ideas. The term Primitive thus has a twofold meaning: on the one hand the primeval desire of humans to return to their origins and, on the other, with greater political overtones, the primitive state in which peoples are forced to live by governments and the establishment.
Apichatpong Weerasethakul’s works have no linear narrative structure but rather appear as documentaries that constantly slip into dream-world stories, shifting from long, detailed shots of a place or character to situations in a world of the surreal, like the abrupt manifestation of a ghost. These unexpected interactions partly reflect the lifestyle of rural Thailand, which is still based on ancient animistic beliefs, legends and superstitions, and on the lack of any clear-cut demarcation between the real and the spiritual world.

Apichatpong Weerasethakul was born in Bangkok (Thailand) in 1970. He grew up in Khon Kaen, where he studied Architecture, and later specialised in filmmaking at the School of Art Institute of Chicago. Now considered a cult director, Apichatpong Weerasethakul is the artist who has had the greatest influence on the youngest generation of independent filmmakers and visual artists. This is mainly due to his highly original style, which is based around tracking shots within the scene and on his visionary imagination, which takes him back to the ancestral legends of his land in order to reflect on the personal, political and social issues of modern-day Thailand.
Apichatpong Weerasethakul has been awarded many international honours, including the Jury Prize at the Cannes Festival in 2004 for Tropical Malady and the Palme d’Or for Uncle Boonmee Who Can Recall his Past Lives in 2010. That year his Syndromes and a Century was voted Best Film of the Decade at the famous The Best of the Decade: An Alternative View event organised by the Cinemathèque of the Toronto International Film Festival, which each year involves top film-archive directors, critics, scholars and curators from around the world. Apichatpong Weerasethakul became the first artist to win the Fine Prize from the 55th Carnegie International and in 2012 he took part in dOCUMENTA(13) in Kassel. His works have been shown in leading museums around the world, including the Haus der Kunst in Munich, the New Museum in New York and the Musée d’Art Moderne de la Ville de Paris. The films chosen by Apichatpong Weerasethakul Mysterious Objects – A Night with the Films of Apichatpong Weerasethakul