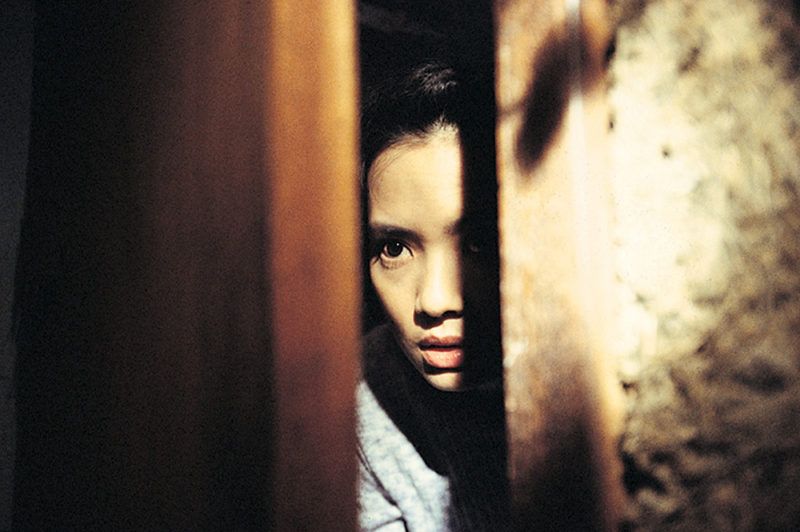 The films chosen by Apichatpong Weerasethakul

The Films chosen by Apichatpong Weerasethakul is HB Public’s fourth festival of films selected by HangarBicocca artists. This is a particularly important occasion, and it comes during the Primitive exhibition, by an artist who is both a director of short and feature films, and a visual artist who uses moving images as the visual language of his installations. Starting with Thai genre films, the art of Apichatpong Weerasethakul was later influenced by American independent and experimental cinema and the tradition of Fellini and Pasolini. Now a cult figure, he is influencing the younger generations of moviemakers and visual artists.

The films chosen by Apichatpong Weerasethakul examine some of the greatest cinematic influences on his artistic development and on some of the themes we find in his work. In The Conversation and Heart of Darkness: A Filmmaker’s Apocalypse we find a tribute to American director Francis Ford Coppola’s ability to tell a story of great political scope while using a dreamlike, visionary language. We also see the metaphor of nature as a dark frontier where we can explore the “primitive” side that is in all of us. This is a theme which, in a fictionalised version that achieved great box office success, reappears in The Emerald Forest, another metaphor of the journey in search of self, and one of Cassavetes’s last movies, Love Streams, which offers an acute investigation of the mechanisms of love, through to Goodbye, Dragon Inn, a tribute by Tsai Ming-liang to cinema and to the cult of vision.

From March 14th to April 25th 2013, On Thursday at 9 pm
In collaboration with Fondazione Cineteca Italiana

The Conversation
Played by an extraordinary Gene Hackman, Harry Caul is a private investigator in San Francisco, specialised in surveillance and wire-tapping, who obsessively attempts to protect his own privacy, and not just out of professional habit. Winner of the Palme d’Or at Cannes, Best Motion Picture at the Oscars in 1975 and a milestone in Francis Ford Coppola’s career as a director, The Conversation came out just a few months before Watergate, unexpectedly turning into a reflection on the Nixon scandal and on its implications for the media and society. A psychological drama that was ahead of its time, this fascinating thriller remains open-ended, leaving the spectator with a feeling of not just latent apprehension, which is mainly brought about by the despondency and anxiety of the protagonist.

Love Streams
Robert and Sarah Harmon, who are brother and sister, are very different one from the other, especially in love. The former, a writer of erotic novels, leads a decadent life amid smoke, alcohol, fleeting affairs with countless women, and a twelve-year-old son whom he introduces to drink. Sarah, on the other hand, has just come out of a divorce and has lost the care of her teenage daughter, Debbie. Taken from a play of the same name by Ted Allan (1980), this was the penultimate film by the actor and director John Cassavetes, who already knew he had only a few months to live. It is a sort of spiritual testament: “Love is a stream. It’s continuous. It doesn’t stop,” says Sarah as she tries to give a rational explanation to her devotion to her former husband, summing up a merciless but honest analysis of love. Hers is a study of the possible mechanisms and variations of a feeling that can be neither stopped nor avoided, since it is an inherent part of human nature.

Heart of Darkness: A Filmmaker’s Apocalypse
Eleanor Coppola, the wife of the famous film director Francis Ford Coppola, is the off-screen narrator of a documentary unlike any other. It takes us on an authentic journey into the depths of the ego of the director of the cult movie Apocalypse Now (1979), which is freely inspired by Joseph Conrad’s Heart of Darkness. With original takes, this is wonderful opportunity for film fans to discover the behind-the-scenes events that led to a film that was so important for Coppola and so thwarted by often unexpected and unintended events – from hostile weather conditions in the Philippines to the heart attack suffered by the young star, Martin Sheen, through to Marlon Brando’s endless quirks. In the end, the film overshot its budget and ruined Zoetrope, the director’s production company.

The Emerald Forest
Based on true events, The Emerald Forest tells the story of Bill Markham, an American engineer who goes to Brazil to complete the construction of a dam that is seriously jeopardising the pristine nature of the area. After his son Tommy is abducted by a local tribe, Bill goes out to look for the boy, who has now been given up as missing in the Amazon rainforest. He finds him only ten years later, now fully integrated into aboriginal society, and it is the son who saves his wounded father, leading to an unexpected turn of events. The clash between the Western world and aboriginal cultures, which often appears in films, is here accompanied by a reflection on the painful journey of man back towards nature, a mysterious force he cannot do without. The film came thirteen years after the great success of Deliverance, which first brought the director John Boorman into the public eye.

Goodbye, Dragon Inn
Floating in a timeless world, the movie by the Taiwanese Tsai Ming-liang is a tribute to cinema and to its places, and indeed it is set entirely in the Fu-Ho Grand Cinema, which is just about to close down and which is showing a martial-arts (wuxia) film of 1967 entitled Dragon (Gate) Inn. Deliberately slow or even absent camera movements show us the spectators who, like silent, spectral presences, inhabit a run-down empty cinema, while images of intrigues and fights flash by on the screen, almost as though coming to life. The typical aesthetics of horror films help illustrate this requiem to a culture that has almost disappeared, and in which the experience of vision transcends the object it portrays.