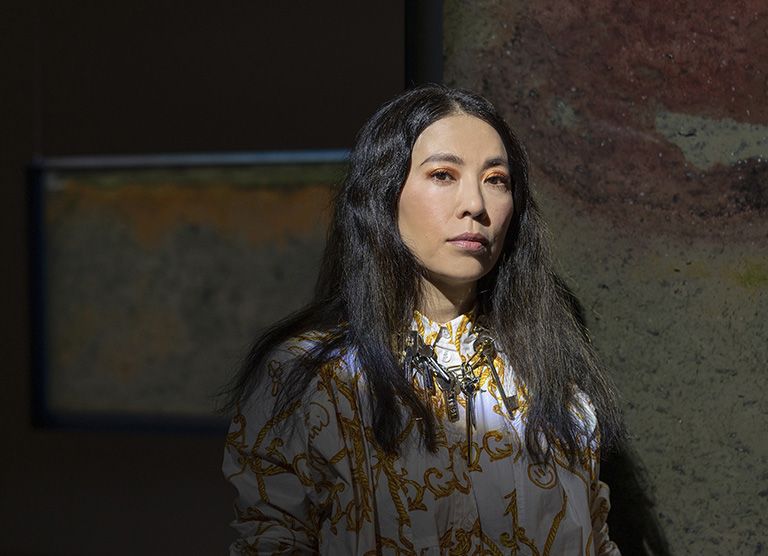 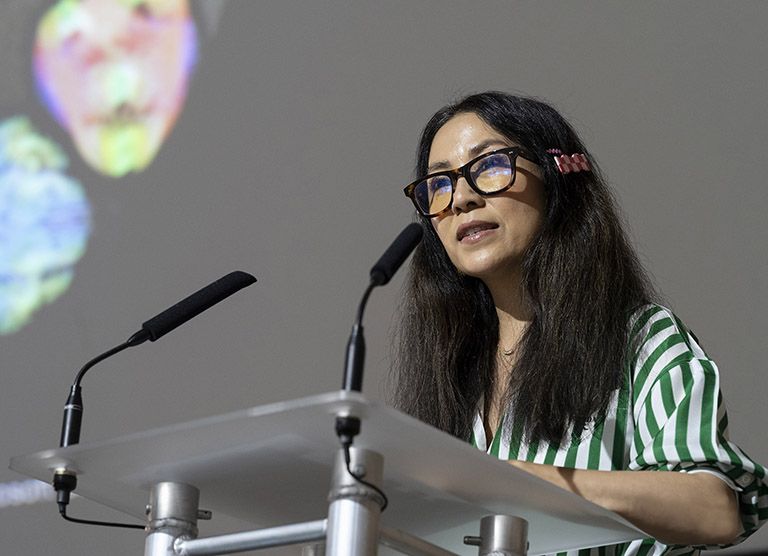 “Metaspore” is the first exhibition in an Italian institution by Anicka Yi (Seoul, 1971; lives and works in New York), one of the most innovative and engaging figures on the contemporary art scene. In her artistic practice, Yi combines languages and themes from many fields, ranging from philosophy to biology, from politics to science fiction. Collaboration is fundamental in Yi’s practice: over the years she has worked with professionals from a number of fields of knowledge, in a dialogue that also involves different figures in her studio.

Featuring more than twenty installations from 2010 until today, the show at Pirelli HangarBicocca, conceived as a sensory and synesthetic experience, questions the boundaries between natural and synthetic, human and non-human, materiality and immateriality. The show explores Anicka Yi’s work over the last decade, exhibiting both the artist’s first projects, focused on the research into tactile and olfactory materials, and works characterized by the use of perishable and industrial materials in assemblages that defy the immutable nature of sculpture and installation. The exhibition reveals essential themes in Yi’s practice, such as the co-existence of different organisms, nonhuman forms of intelligence, identity and social injustice. 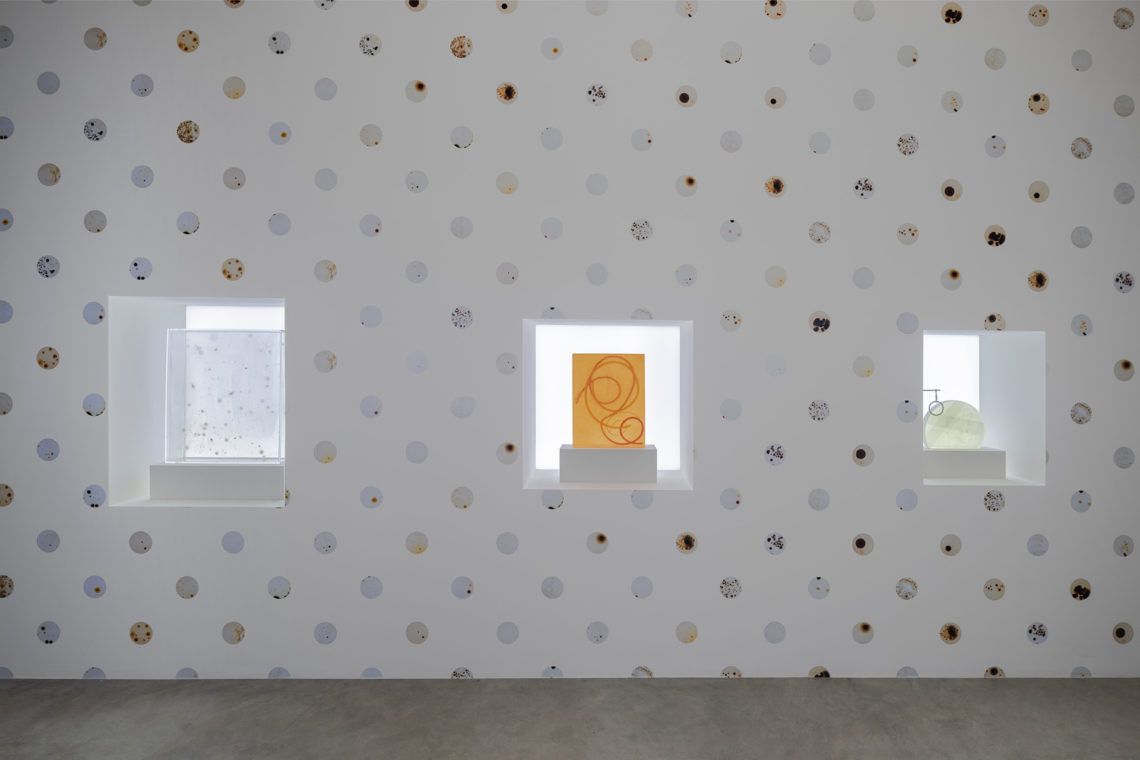 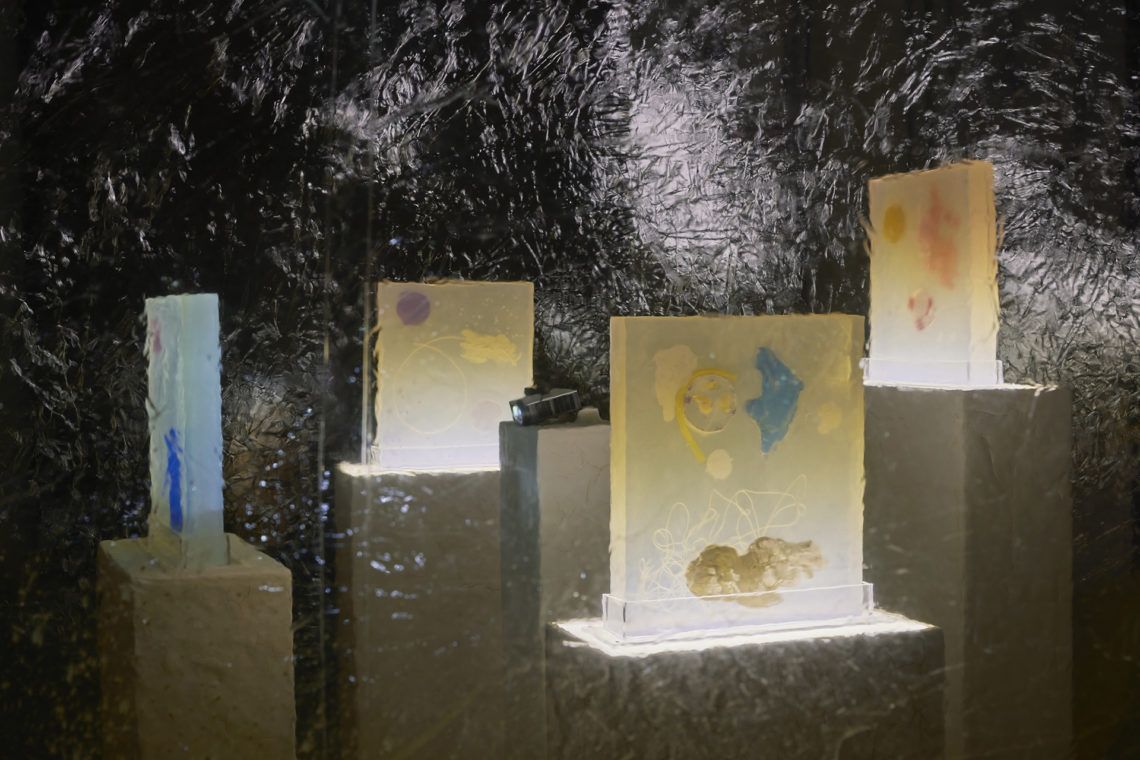 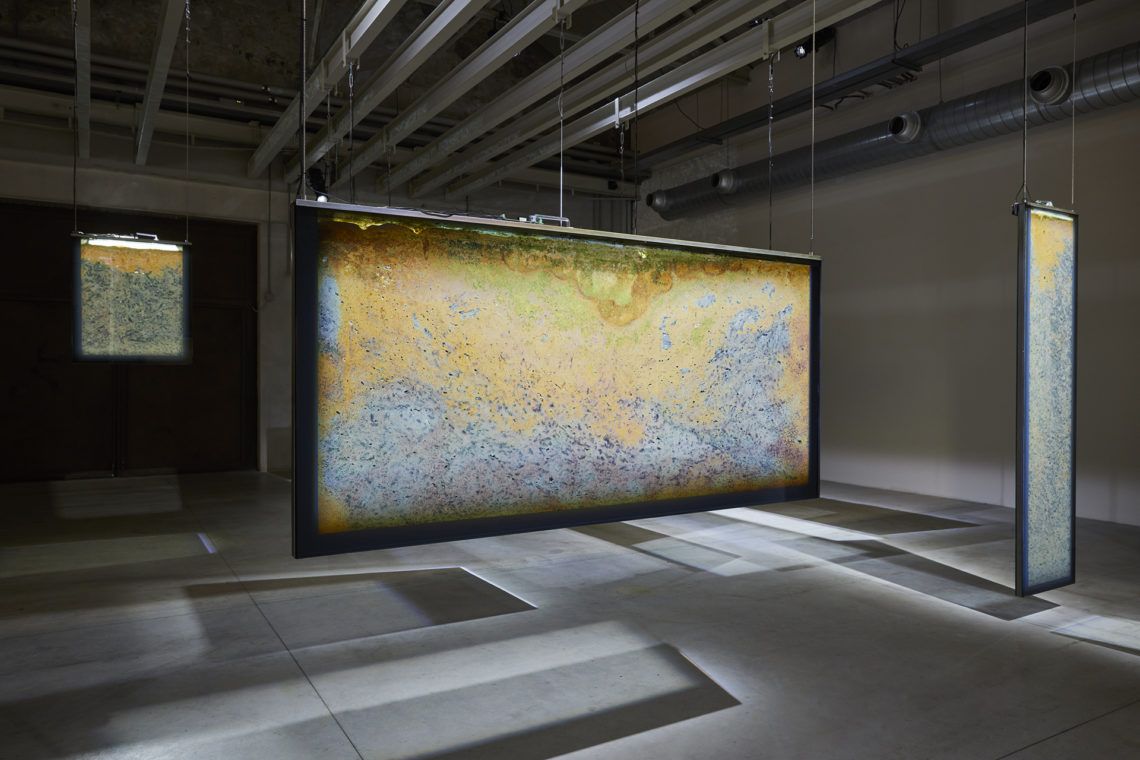 The title “Metaspore” —a neologism coined by Anicka Yi— is inspired by the biological world: spores are the cellular units that reproduce and give rise to new living entities without the need for sexual reproduction. The concept metaphorically evokes the process of proliferation that the artist employs in her work, which contaminates and is contaminated by its surroundings. The colored bacterial ecosystems in the work Biologizing the Machine (spillover zoonotica), 2022, created in collaboration with the Department of Earth and Environmental Sciences of the University of Milan-Bicocca, exemplify this approach.

The exhibition is accompanied by the most comprehensive monograph on the artist. It includes detailed entries on the exhibited works, the complete visual chronology of Yi’s solo exhibitions, and a glossary of her most relevant conceptual references, specially conceived with the artist. The publication also contains contributions by the art historian Giovanni Aloi, the professor of English and gender studies Rachel Lee, and a conversation between the author and biologist Merlin Sheldrake and Anicka Yi, together with a text by the project’s curators.