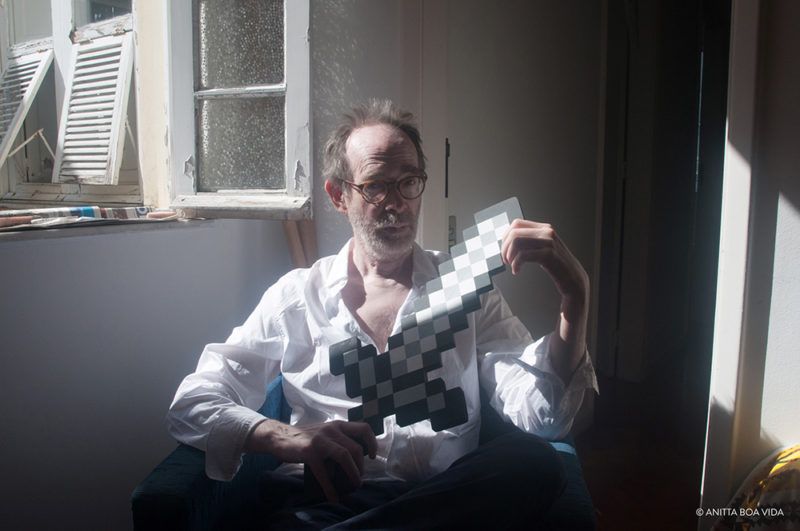 We are close to the window

We are close to the window is a new solo project by Arto Lindsay, conceived in relation to Daniel Steegmann Mangrané’s exhibition “A Leaf-Shaped Animal Draws The Hand”. Taking place inside the exhibition, the performance sees Arto Lindsay playing songs for guitar and voice and scattering them across the room. Six speakers are distributed amongst the works of the exhibition and paired in couples acting almost as characters. The sounds of the guitar and the voice travel through them, settling at different points and suggesting ways of listening to the music and lyrics. The piece sways between the materiality of instruments and speakers and the immateriality of sound, invoking the search for movement and lightness present in the works of Steegmann Mangrané.

Arto Lindsay was born in the United States and raised in Brazil during the heyday of the country’s Tropicália movement of the 1960s. For more than four decades, he has stood at crossroads of music styles and practices as well as of artistic disciplines. Lindsay was involved in the foundation of New Yorks’s No Wave in the late 1970s forming the band DNA and joining the Lounge Lizards. He remained a key figure within Manhattan’s scene throughout the 1980s and 1990s as bandleader for the Ambitious Lovers, known for their intensely subversive pop music and collusion of American and Brazilian styles. Since then he has been releasing records under his name exploring samba, bossa nova and other Brazilian song structures on his own terms.

Lindsay has produced records by Caetano Veloso, Gal Costa, Marisa Monte, David Byrne, and Waldemar Bastos among others. Throughout his career, he has collaborated with musicians such as Ryuichi Sakamoto, Brian Eno, Laurie Anderson, Animal Collective, Cornelius, visual artists Dominique Gonzalez Foerster, Vito Acconci, Matthew Barney and Rirkrit Tiravanija, theatre director Heiner Müller and Mikhail Baryshnikov‘s White Oak Dance Project, amongst many others. Having been involved with Carnaval in Brazil for many years, in 2004 Arto Lindsay began making parades involving extensive use of custom designed sound systems. His parades have been presented at the Venice Biennale and at Performa in New York. 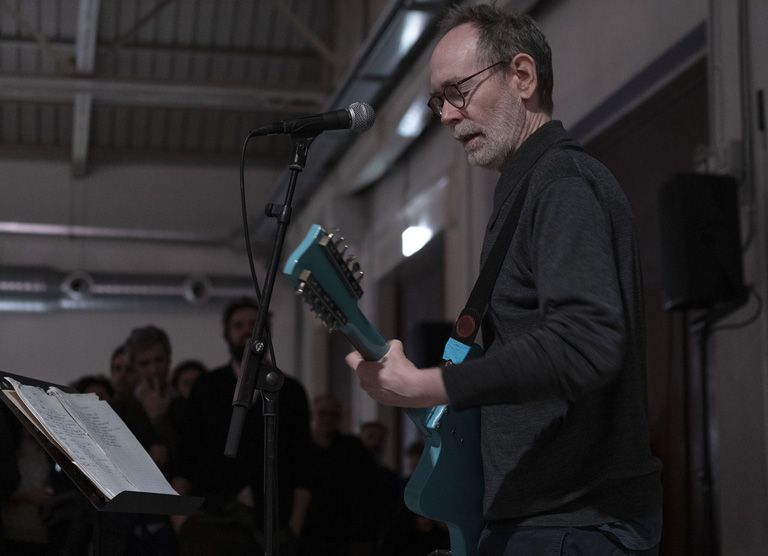 Arto Lindsay | We are close to the window