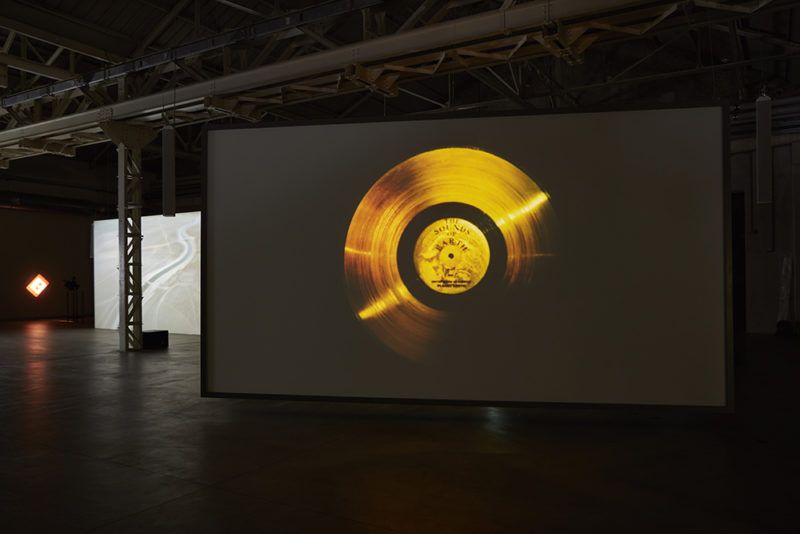 Rosa Barba
From Source to Poem to Rhythm to Reader

A project by Rosa Barba

Pirelli HangarBicocca presents the third edition of the summer music festival with a program conceived in connection with its exhibitions. This year, SUMMER WHISPERS is organized as part of the Public Program | Rosa Barba dedicated to the exhibition “From Source to Poem to Rhythm to Reader”. The work of Rosa Barba – mainly focused on cinema and its constitutive elements – maintains a close relation with sound and music, involving often participations by musicians. Some of these artists are invited to perform live during two evenings of concerts and performances, that mostly take place in the outdoor spaces of Pirelli HangarBicocca.

American drummer Chad Taylor, also known as one half of Chicago Underground Duo, opens the program of both evenings with a performance inside the exhibition: a live version of the improvisation which sets the drumbeat for Barba’s sound-and-light installation Hear, There, Where the Echoes Are (2016).
The first night continues with two singers whose voices are featured in Rosa Barba’s film Subconscious Society (2014): New York based composer and artist David Michael DiGregorio, and French musician Laetitia Sadier, best known as the former vocalist of the band Stereolab. While DiGregorio presents Songs, a solo performance for voice and electronics of layered and spatial songs, Sadier brings to Milan her Source Ensemble to focus the concert on her new album “Find Me Finding You”, recently published on Drag City.
The second night will concentrate on music projects by Barba’s frequent collaborator Jan St. Werner, opening with Glottal Wolpertinger, an installative performance resulting in the culmination of a project running over a ten-week-period for the documenta 14 biennial Radio Program with the participation of Aaron Dessner (live) and Bryce Dessner (recorded), two members of world famous rock band The National. Based on the deconstruction of the principle of the musical drone and a research towards the break with the traditional object character of music, the live manifestation of “Glottal Wolpertinger” travels directly from Athens to Milan.
The closing act for SUMMER WHISPERS is the duo Mouse on Mars, one of Germany’s most defining and versatile electronic music projects. In this case, the collaboration with Rosa Barba has also taken the form of music videos made for songs by the duo. Mouse on Mars are known for their anarchic spirit and open-ended approaches to electronics that thwart academic rigidity and identity essentialism. Their experimental pop inventiveness and humour are promises for an uplifting and celebratory final blow.