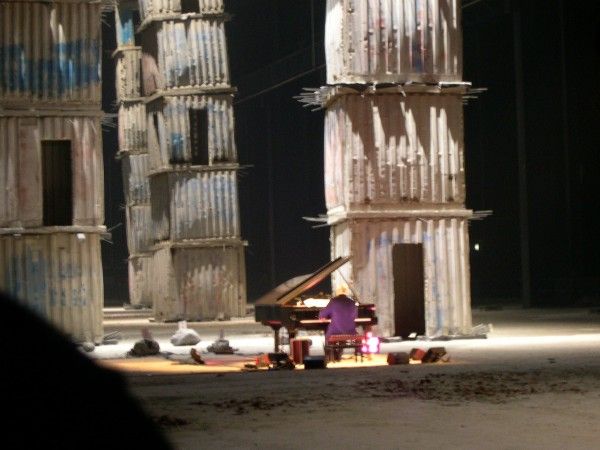 A special concert in favour of MISSIONE SOGNI Onlus

“A concert by Ludovico Einaudi is a unique experience, which unites us within a supportive project in which I deeply believe” – Antonella Camerana, President of “Missione Sogni Onlus”

“Playing at HangarBicocca is a strong emotion, a dialogue with the self, a meditation full of tension addressed to whom is listening” – Ludovico Einaudi, composer and pianist

“During my concert activity it happened to me to play in some places that released a special energy. In some cases the place gave off such strength that it pushed me to radically modify the concert in order to create something that vibrated together with the space. So it was on February 10th 2005 when I played at HangarBicocca surrounded by The Seven Heavenly Palaces by Anselm Kiefer. I rehearsed two days before the concert: it was as to play within an immense cathedral. The sound travelled upwards, it was never ending, the seven towers evoked a mysterious power you couldn’t deny to dialogue with. I decided to do something completely different from what I had thought; I had only one day to prepare and I drafted a series of sketches, deciding that I would have improvised around the new ideas that I had created. The concert was memorable for me, also because HangarBicocca wasn’t heated and it was on February. The people in the public were wrapped in blankets, the atmosphere was unreal. I jealously preserve the recording of that evening, from which many tracks were born and which I elaborated through the time. The atmosphere of my last album Nightbook was born there. I will come back this year, five years later, and I still don’t know what I’m going to do. I would renovate the gift that place gave me and allow me the liberty of opening the doors to the infinite” – Ludovico Einaudi

On the occasion you can visit for free the exhibition Terre Vulnerabili, curated by Chiara Bertola in collaboration with Andrea Lissoni.