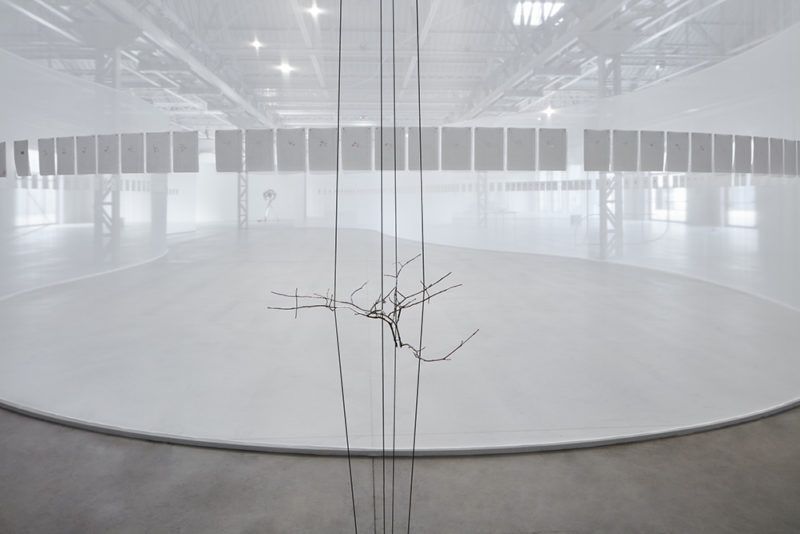 Kaira M. Cabañas, Professor and art critic, meets the public on the occasion of the exhibition “A Leaf-Shaped Animal Draws The Hand”, turning to some of Daniel Steegmann Mangrané’s inspirations for his artistic practice and considering how his work enacts the “life” of art.
Daniel Steegmann Mangrané’s work entangles natural and artificial forms, consequently asking viewers to reconsider the oppositions between the organic and inorganic, between humans and things. The artist’s exploration of the connections between the living and nonliving suggests his interest in Amerindian cosmologies that see the nature-human divide as less fixed than often imagined in the West.
In this lecture, Cabañas also places Steegmann Mangrané’s art within an entangled lineage that includes artists from Latin America, among them Gego (1912-1994) and Lygia Clark (1920-1988), as well as North American structural film.

Kaira M. Cabañas is Professor of Global Modern and Contemporary Art History at the University of Florida, Gainesville. She is the author of The Myth of Nouveau Réalisme: Art and the Performative in Postwar France (Yale University Press, 2013), Off-Screen Cinema: Isidore Isou and the Lettrist Avant-Garde (University of Chicago Press, 2015), as well as Learning from Madness: Brazilian Modernism and Global Contemporary Art (University of Chicago Press, 2018). Her writings have appeared in a wide range of scholarly journals and museum catalogues and include essays on postwar art and film in Europe and Latin America. She regularly contributes to “Artforum”.