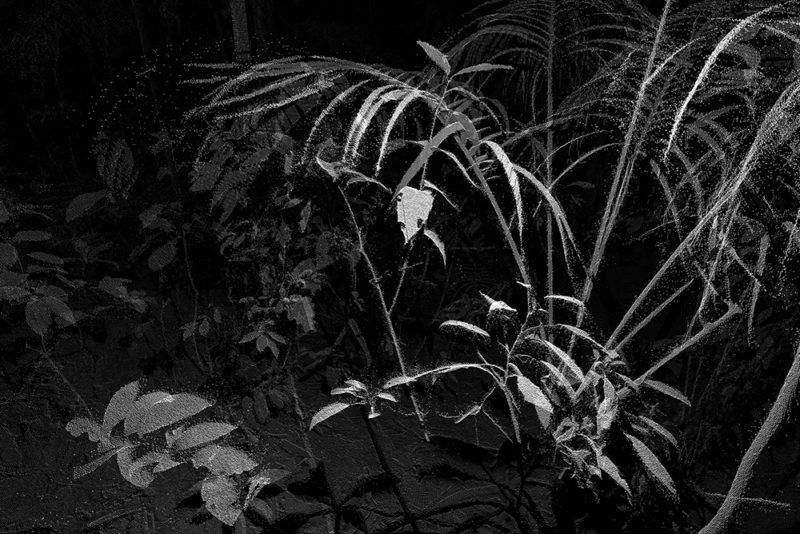 Foreste Plurali is a multidisciplinary symposium dedicated to the exhibition “A Leaf-Shaped Animal Draws The Hand” by Daniel Steegmann Mangrané.

The symposium, curated by Giovanna Amadasi, has been conceived and developed in close collaboration with Daniel Steegmann Mangrané. The event involves scholars and practitioners from various disciplines—including art, philosophy, music and biology—who reflect on the change of perspective currently under way in the cultural and scientific debate on issues such as the relationship between nature and culture, between man and other living species, and between the individual and the community.

Along with the artist, the speakers who give individual lectures and then take part in a panel discussion are: Emanuele Coccia, philosopher and author of the book The Life of Plants. Metaphysics of Mixture (2018); Lucia Pietroiusti, curator of the “General Ecology” project at the Serpentine Galleries in London; Filipa Ramos, art critic and scholar investigating the relationships between art, eco-activism and film studies; Giorgio Vacchiano, researcher and forest-planning scholar; David Monacchi, musicologist and creator of the “Fragments of Extinction” project; the artists Oliver Bulas and Felix Luna, who present “Bar do Amanhã”, a research and performance project on the properties of plants.

The symposium stems from the exhibition “A Leaf-Shaped Animal Draws The Hand”, curated by Lucia Aspesi and Fiammetta Griccioli that unfolds in a series of environments of visual, cinematic, luminous and sound elements, in which the interactions between visitors and artworks, space and light, living and non-living beings are in a constant state of flux.

Starting from this ever-changing, interconnected ecosystem, which reflects the many philosophical, literary and anthropological references that are at the heart of Steegmann Mangrané’s work, Foreste Plurali provides an opportunity for the voices of different thinkers and experts to come together in a dialogue with the space, the public and the artist himself.

The artist views the rainforest—an aggregate of interdependent identities in an equilibrium that is complete as it is inextricable—as a metaphor for relationships that can be replicated on multiple levels: that of the exhibition space, that of the museum institution, and that of society as a whole.

Emanuele Coccia is associate professor at the École des Hautes Études en Sciences Sociales in Paris. An expert on Averroes and on medieval and modern Averroism, he has recently worked on the metaphysics and ontology of plant life. In particular, in his most recent essay, The Life of Plants. Metaphysics of Mixture (2018), he has investigated the relationship between man and the vegetal world, suggesting a reversal of perspective that invites the reader to look at plants as active agents that shape the world we live in.

David Monacchi is an eco-acoustic composer, professor of electroacoustic music at the Gioacchino Rossini conservatory in Pesaro, and a member of the Global Sustainable Soundscape Network and of the International Society of Ecoacoustics. For over fifteen years, he has been working on the “Fragments of Extinction” project, recording the acoustic soundscapes of primary forests – some of the places with the highest degree of biodiversity on our planet – that are deteriorating increasingly rapidly.

Lucia Pietroiusti is curator of the “General Ecology” project at the Serpentine Galleries in London, as well as curator of “Sun & Sea (Marina)” by Rugilė Barzdžiukaitė, Vaiva Grainytė and Lina Lapelytė, the Lithuanian Pavilion that won the Golden Lion at the 58th Venice Art Biennale in 2019. Together with Filipa Ramos she co-curated The Shape of a Circle in the Mind of a Fish, a series of lectures on interspecies consciousness, investigating eroticism in botany. Her areas of study include posthumanism, ecology, interspecies consciousness, the extinction of living species, plant intelligence, botany, and mythology.

Lisbon-born Filipa Ramos is a writer and editor based in London, where she works as Editor in Chief of art-agenda. She is the Film Curator of Art Basel and co-curator of Vdrome, a programme of screenings of artists’ films. Ramos is a Lecturer in the MRes Arts at Central Saint Martins in London and at the MA Programme of the Arts Institute of Basel. She contributed for Documenta 13 (2012) and 14 (2017). Together with Lucia Pietroiusti and for the Serpentine Galleries she curates the ongoing symposia series The Shape of a Circle in the Mind of a Fish. Her writing and research, largely focused on interspecies relationships, has been published in magazines and catalogues worldwide. She edited Animals (Whitechapel Gallery/MIT Press, 2016).

Giorgio Vacchiano is a researcher in forest management and planning at the University of Milan, where he studies simulation models to promote sustainable forest management. He works both as a teacher and as a communicator in the field of science. In 2018 he was nominated by Nature magazine among the eleven more relevant young scientists who “are making their mark on science in the world”.

Bar do Amanhã is a project launched in 2015 by Oliver Bulas and Felix Luna, as part of the CAPACETE residency program in Rio de Janeiro. In the artists’ project, the bar is a mean of communicating issues linked to forms of hospitality and courtesy, seduction, and personal interaction. During the course of individual conversations in which a relationship is formed between the “bartender” and the user, the artists create drinks containing essences of plants with different characteristics. These are thus transferred to the drinker, creating a reference to the relationship between the plants and their original ecosystems. 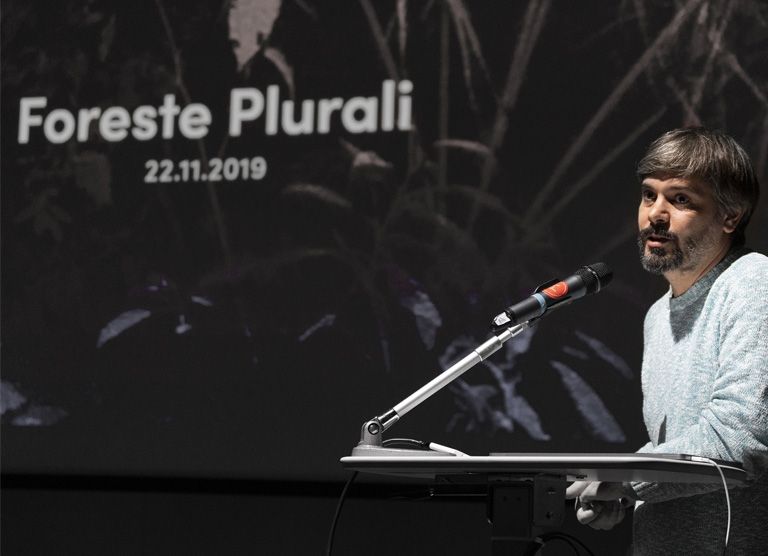 Filipa Ramos | Still with our lives our loves restore 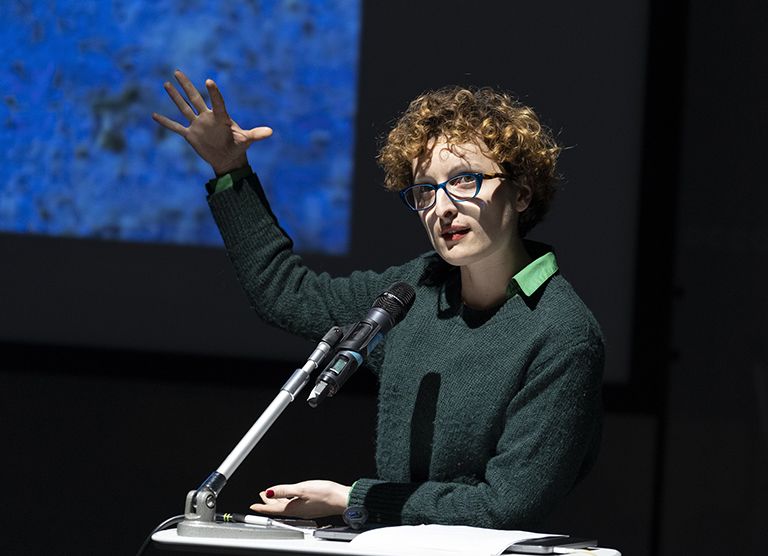 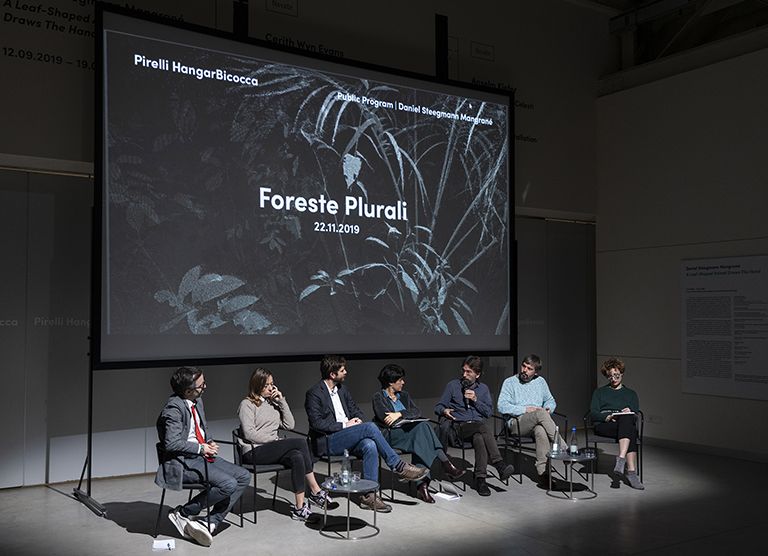 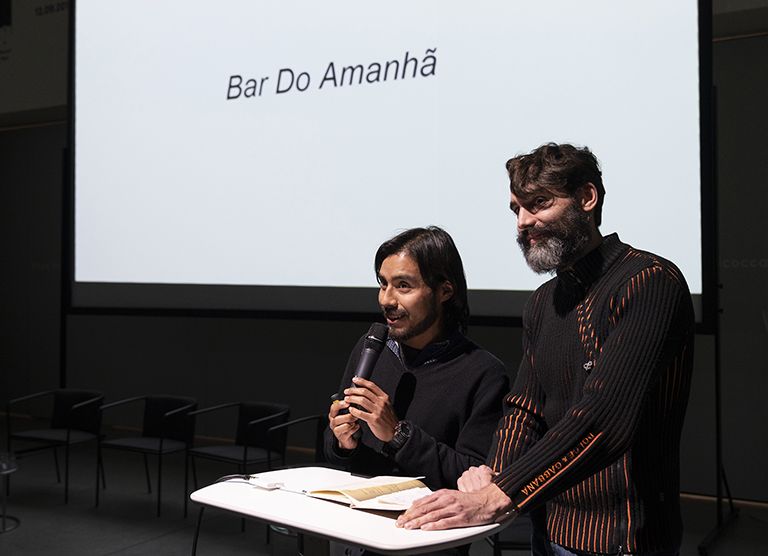