7. Fontana was fascinated by the first rocket launches into space

9 Things You May Not Know about Lucio Fontana 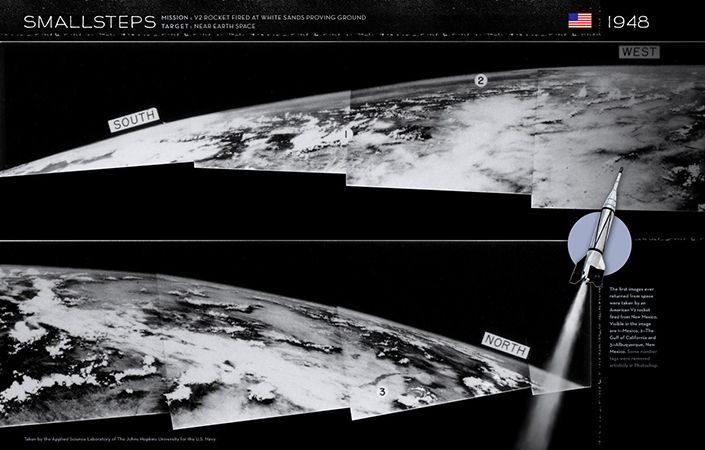 “Today we, the Spatialists, have escaped our cities, broken through our shell, our physical husk, and have looked at ourselves from above, photographing the Earth from flying rockets.” (Lucio Fontana, Spaziali, Secondo Manifesto spaziali, 1948 in Enrico Crispolti, Catalogo ragionato di sculture, dipinti, ambientazioni, vol. I, p. 115, Skira, Milan 2006)

The first rocket launches into space were carried out around the same time that the Spatialist movement was taking shape. Aerospace research gained fresh impetus in 1946, when the first pictures of the Earth were taken from a rocket (see nasa.gov/multimedia/imagegallery/image_feature_1298.html).

These photos, which were published in magazines like Life and shown in newsreels all over the world, had a deep impact on Fontana’s imagination and practice.

In 1961, the artist also drew inspiration from man’s first voyages into space when conceiving his piece Fonti di energia, soffitto al neon per “Italia 61”, as we are told by one of the architects who worked on the project, Anna Monti: “at our first meeting, we talked about the ‘nightmarish black sky’ that the astronaut had seen.” (Interview to Anna Monti, Milan, 2011 in Marinella Venanzi, Fontana e lo spazio. Aspetti innovativi dalle opere ambientali di Lucio Fontana, p. 136, Venice, 2011-2012.) 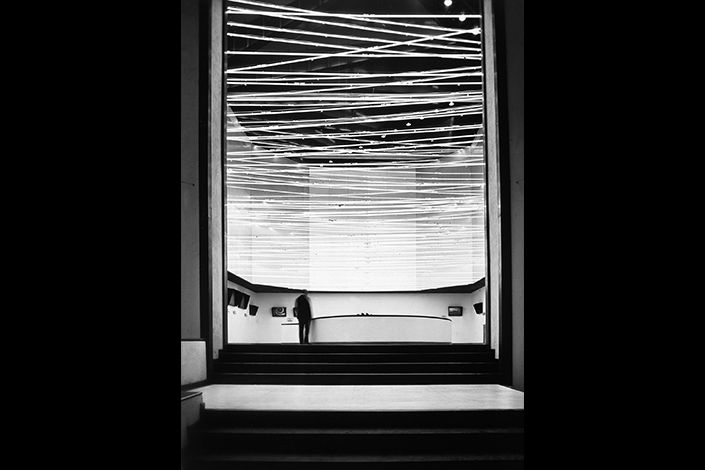