4. His Ambienti spaziali influenced the development of international art movements

9 Things You May Not Know about Lucio Fontana 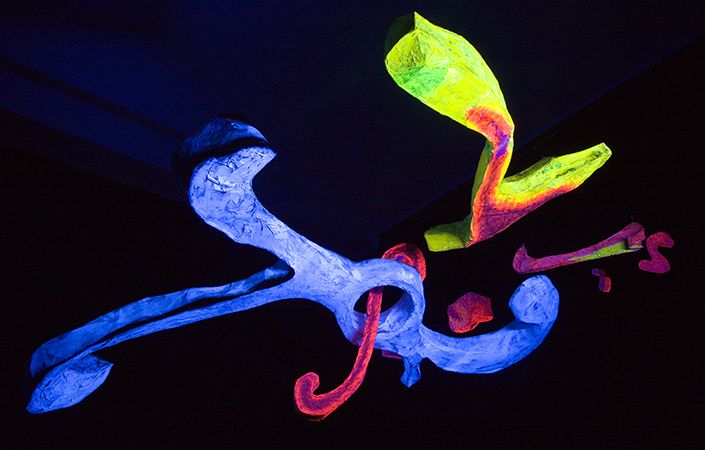 Lucio Fontana’s Ambiente spaziale a luce nera feels innovative and contemporary even today. It centers on the viewer and on individual perceptions, fitting seamlessly into Fontana’s investigation of space, light, and emptiness. In it, Fontana foreshadowed and influenced the immersive works of Italian and European artists and movements in the 1960s and ‘70s, such as Gruppo T (which stood for “time”), founded in Milan in 1959, or the German Group Zero, which explored optical and perceptual phenomena.