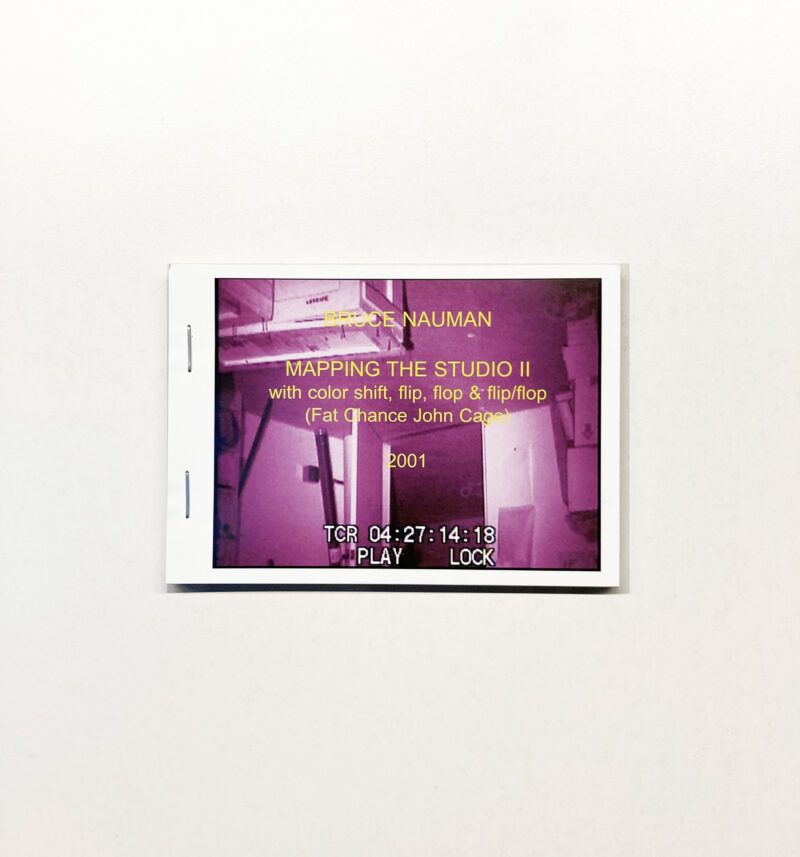 This flipbook—an artist book realized by Bruce Nauman on the occasion of the first presentation of his video installation Mapping the Studio II with Color Shift, Flip, Flop & Flip/Flop (Fat Chance John Cage) (2002) (Sperone Westwater, New York, 8 June–27 July 2002)—includes a series of video stills that, seen in sequence, seem to animate and revive the nighttime activities in the artist’s studio in New Mexico. Based on the ideas of chance and indeterminacy, the work is the result of hours of footage within Nauman’s “empty” studio, where the video camera recorded several presences at night, such as mice, moths, and his tailless cat, the protagonist of the publication. Each video still is accompanied by the transcription of the events, meticulously logged by the artist, like “fly on screen,” “cat on ledge,” or “noise plus train whistle,” along with the corresponding running time.

In conjunction with Bruce Nauman’s solo exhibition “Neons Corridors Rooms” at Pirelli HangarBicocca, where among the thirty works on display it is featured Mapping the Studio II with Color Shift, Flip, Flop & Flip/Flop (Fat Chance John Cage) in the space of the Cubo, the artist and Sperone Westwater gallery have kindly made available forty copies of the flipbook for our bookshop. 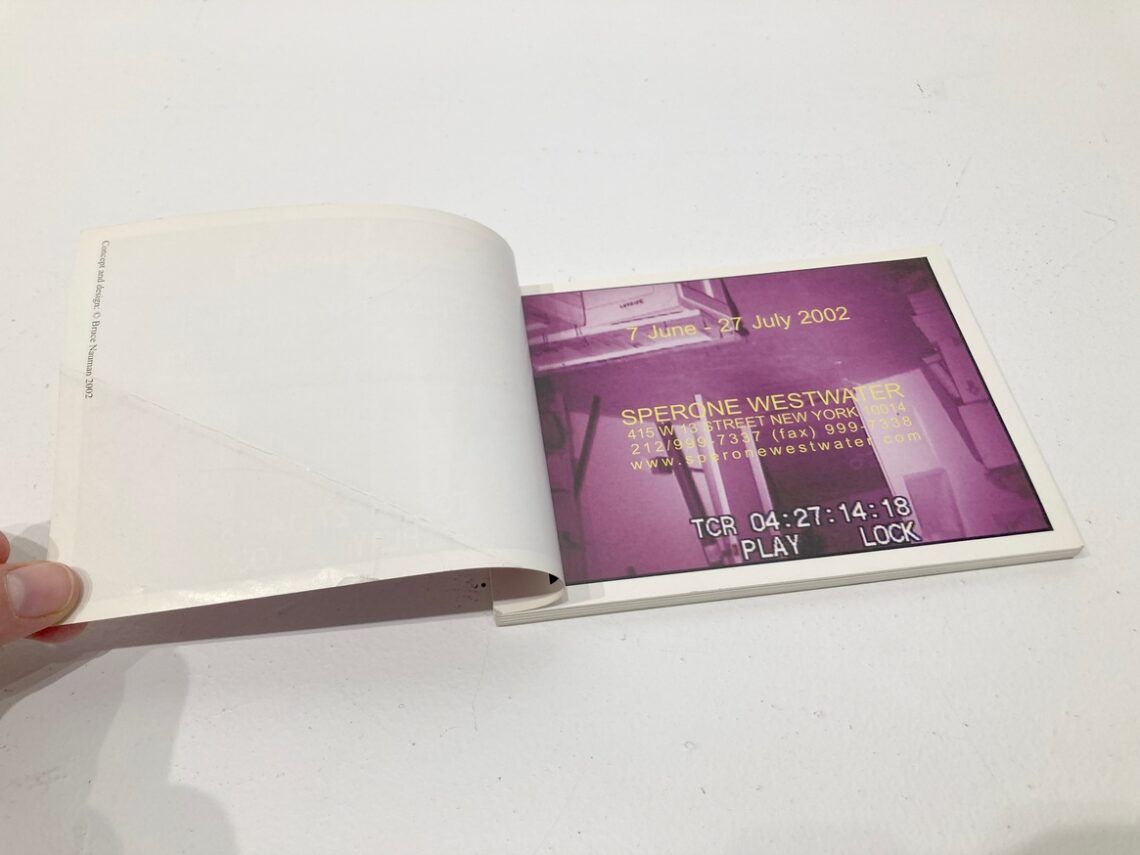 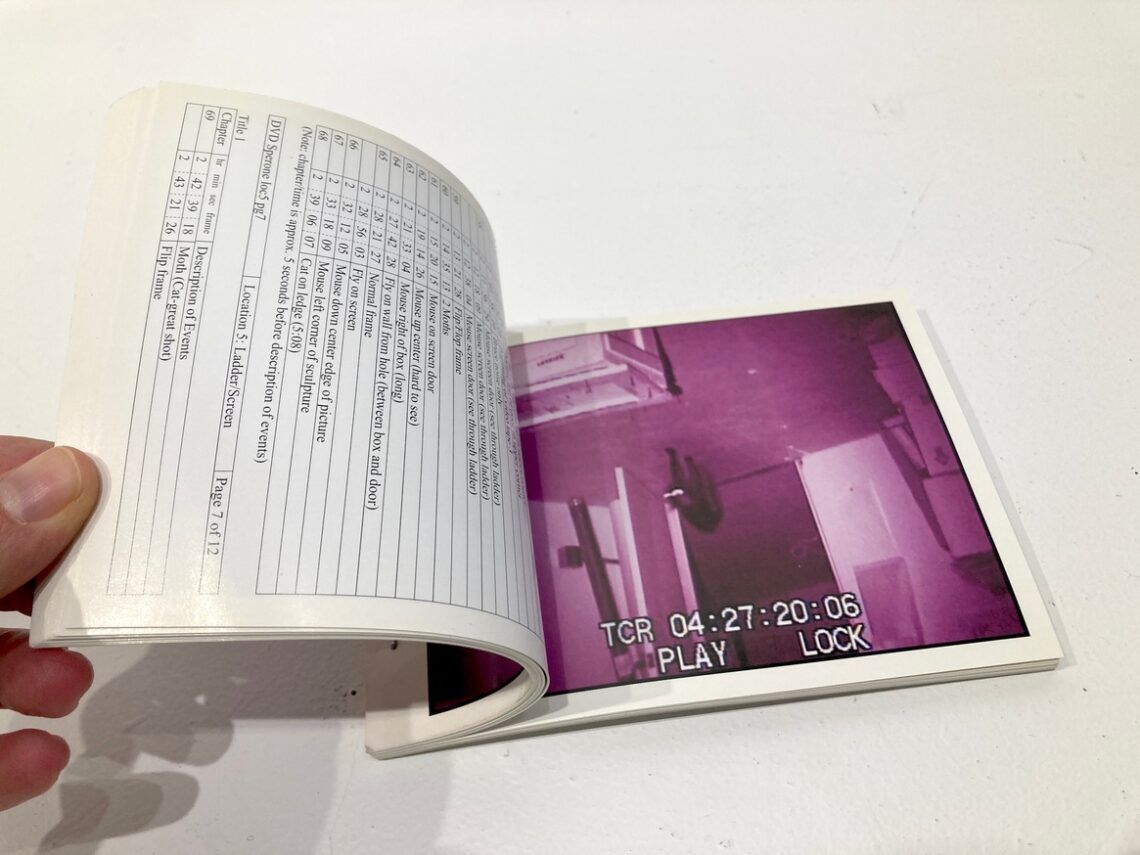