Admission to the exhibitions is free and online reservation guarantees priority access in the selected time slot.

Fausto Melotti (Rovereto 1901 – Milan 1986), an artist, writer and theoretician, was one of the most prominent figures of the cultural scene in twentieth-century Italy. For over fifty years, his artistic career intertwined with those of the greatest architects, artists and intellectuals of his age, from Fortunato Depero to Lucio Fontana, and from Gio Ponti to Italo Calvino. 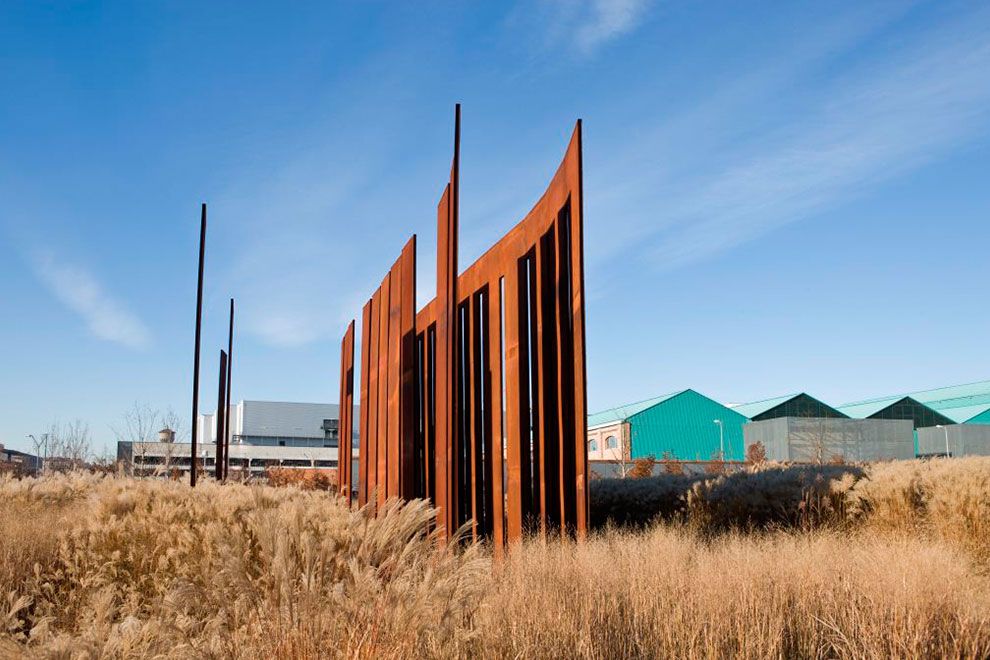 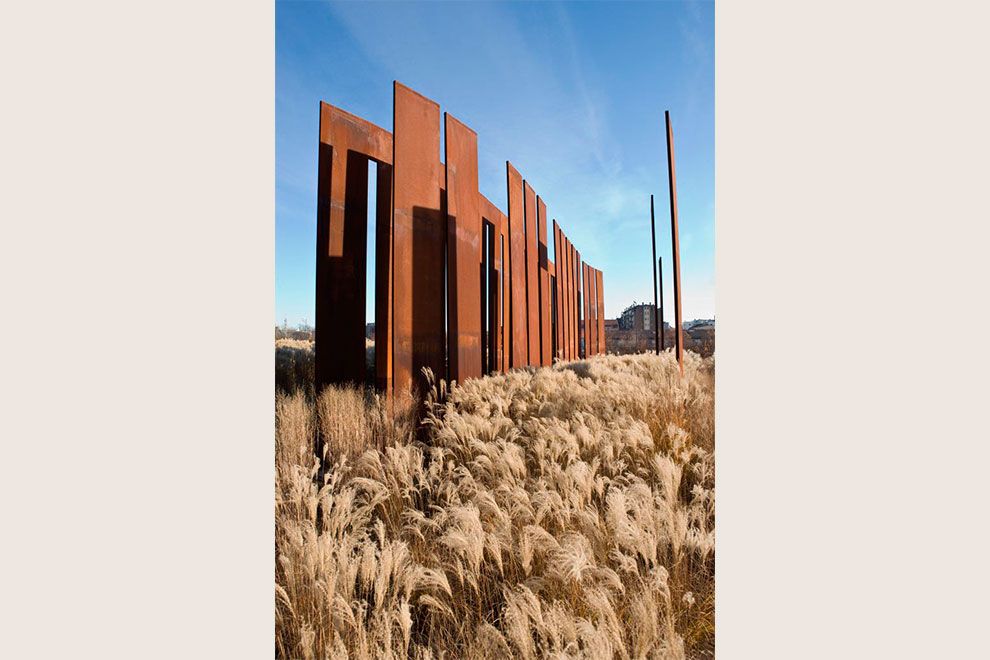 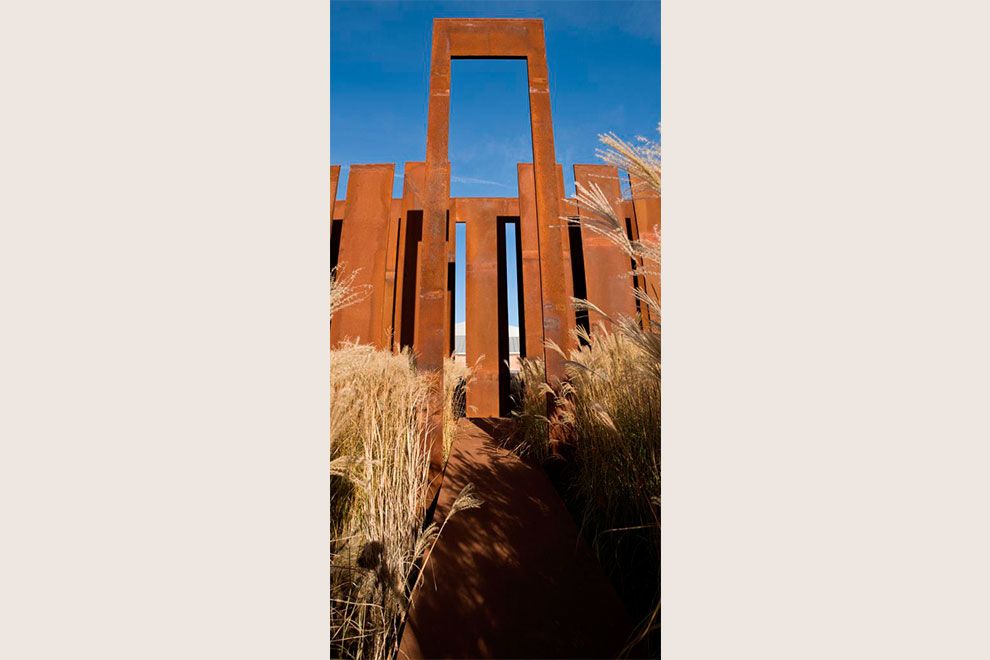 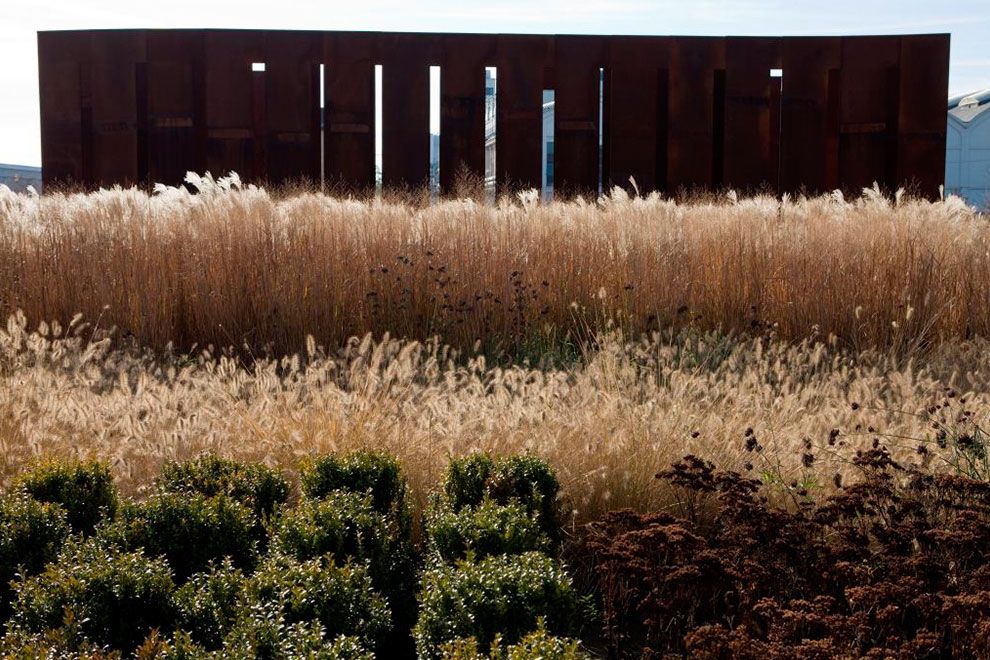 The principal sources of inspiration for Melotti’s work were ancient Greek architecture, Piero della Francesca’s painting and Bach’s music, the very loftiest examples of the “exact arts” and of a “mathematical cast of mind”. The artist turned these into works that were initially austere and abstract, but that later acquired narrative traces, in a constant quest for a light, luminous dimension in sculpture. Placed in the garden of Pirelli HangarBicocca in 2010, La Sequenza welcomes visitors to the exhibition space as a sort of symbolic threshold. It forms a passageway to the art of the present day through the cultural heritage of a great master of the recent past. Mentioned for the first time in the pages of “Rivista Pirelli” in December 1971, it was made in 1981 for the sweeping retrospective of his work at the Forte del Belvedere in Florence.
The work is a composition of identical modules with three levels of depth and an alternation of solids and voids that makes it impossible to see it as a whole. Here we see the culmination of the artist’s research, which lasted for over forty years and which aimed to create an anti-celebratory, anti-monumental form of sculpture. La Sequenza contains the themes that were dear to Melotti, for in it we find a theatre space, created by “wings” that open up one after the other, and which can be fully traversed. There is also the concept of modulation – a rational element that comes from the rhythms and carefully studied proportions – which is a subjective, irrational element typically found in traditional sculpture. Then there is that of the theme and variations – a quintessentially musical element – which comes from an alternation of positive and negative volumes. Lastly, we find the architectural element, which is given by the size of the sculpture and by the rhythm of the iron sheets that rise up like the columns of a classic or rationalist construction.