Much of McCall’s recently exhibited work has been horizontal in orientation. But since 2004, he has also been developing installations which explore height and verticality. This exhibition will present six of these works, only one of which has ever been exhibited before. 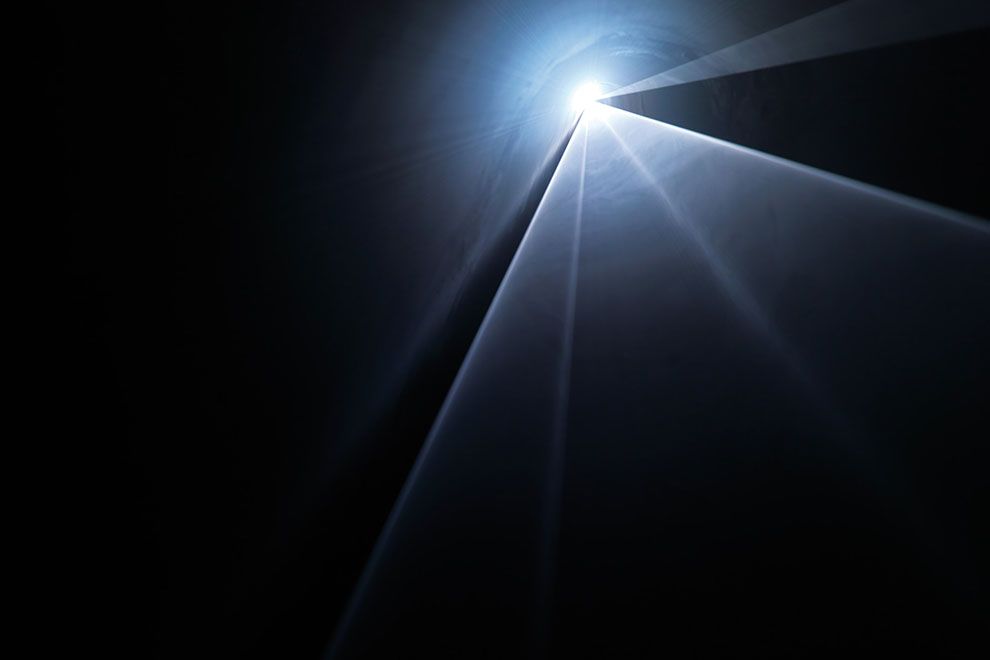 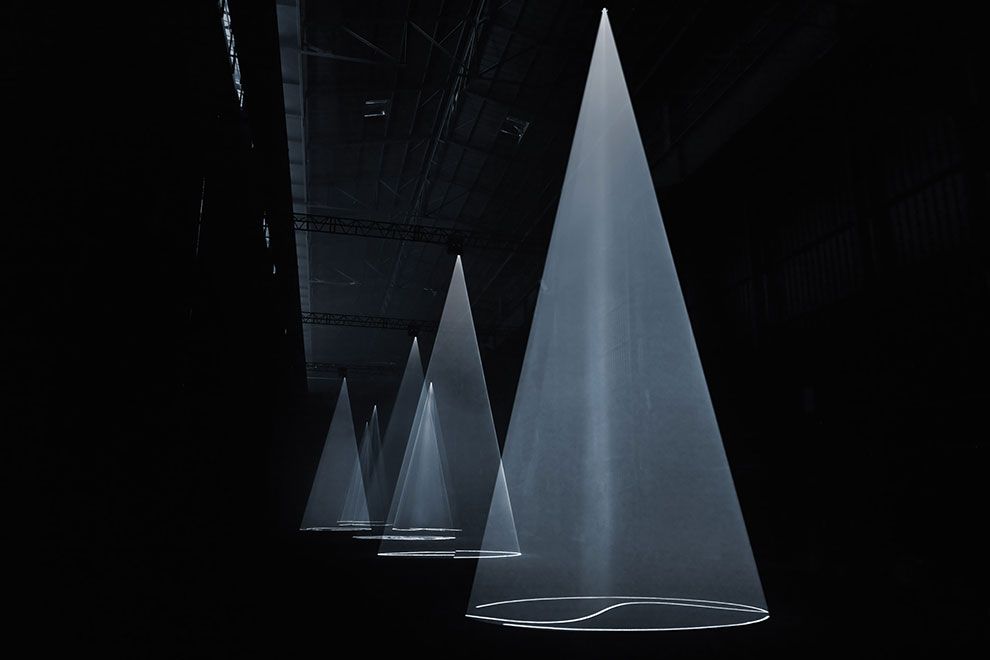 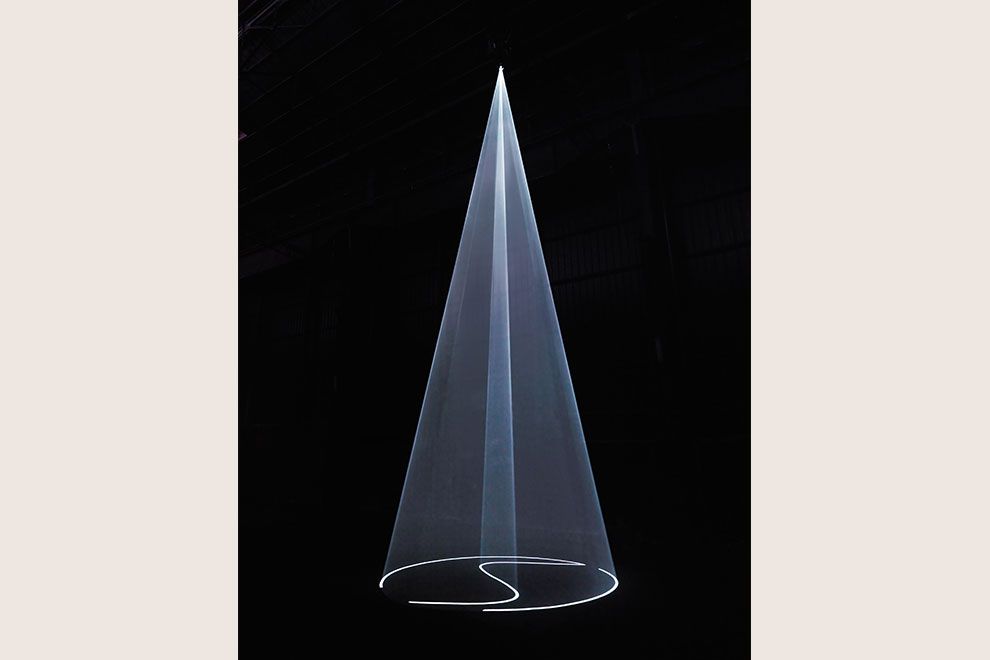 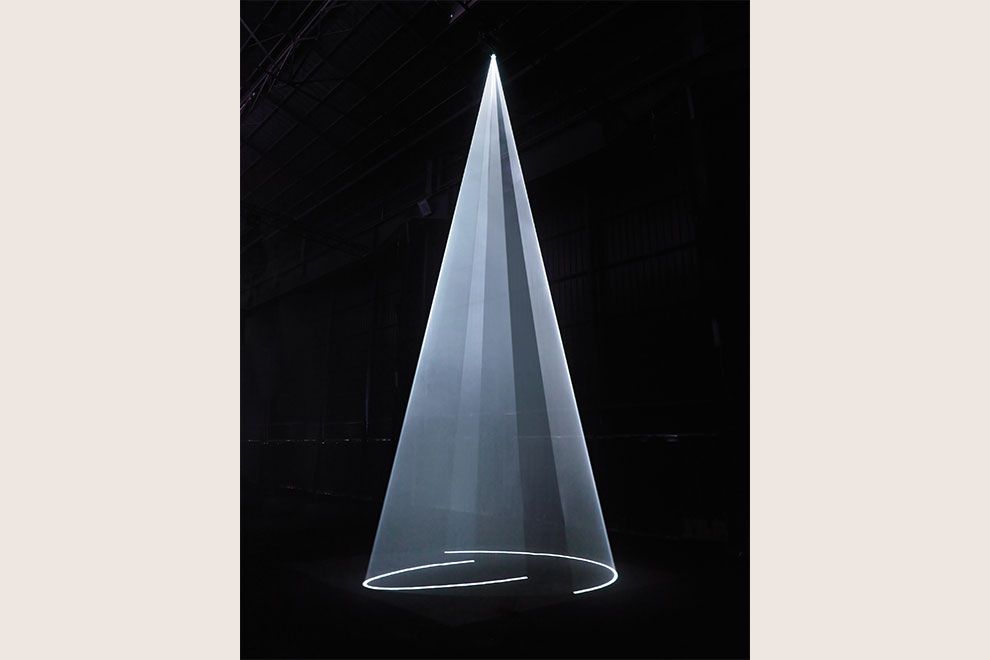 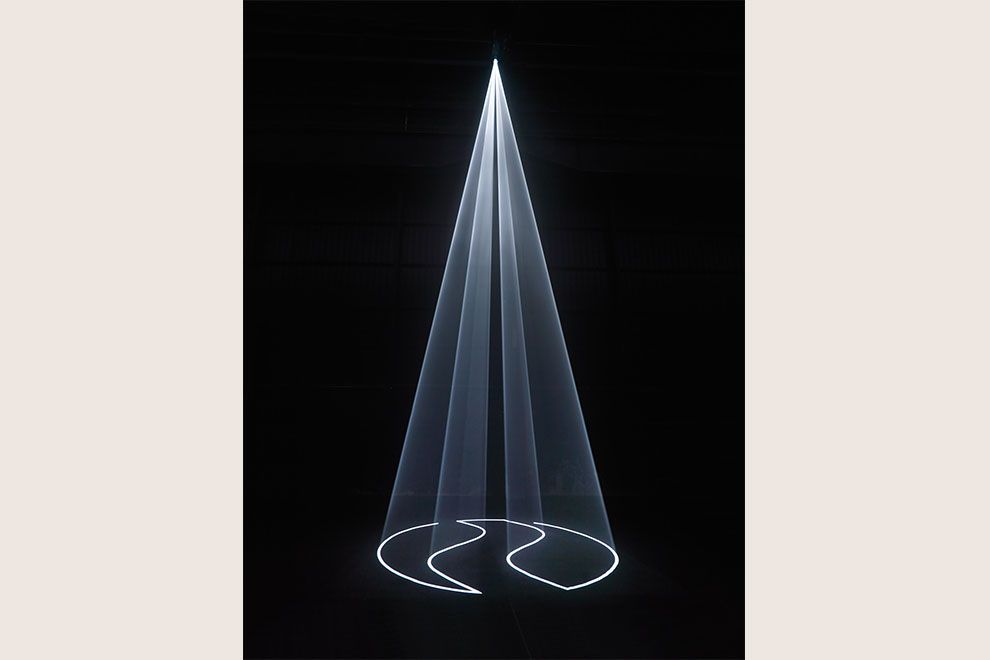 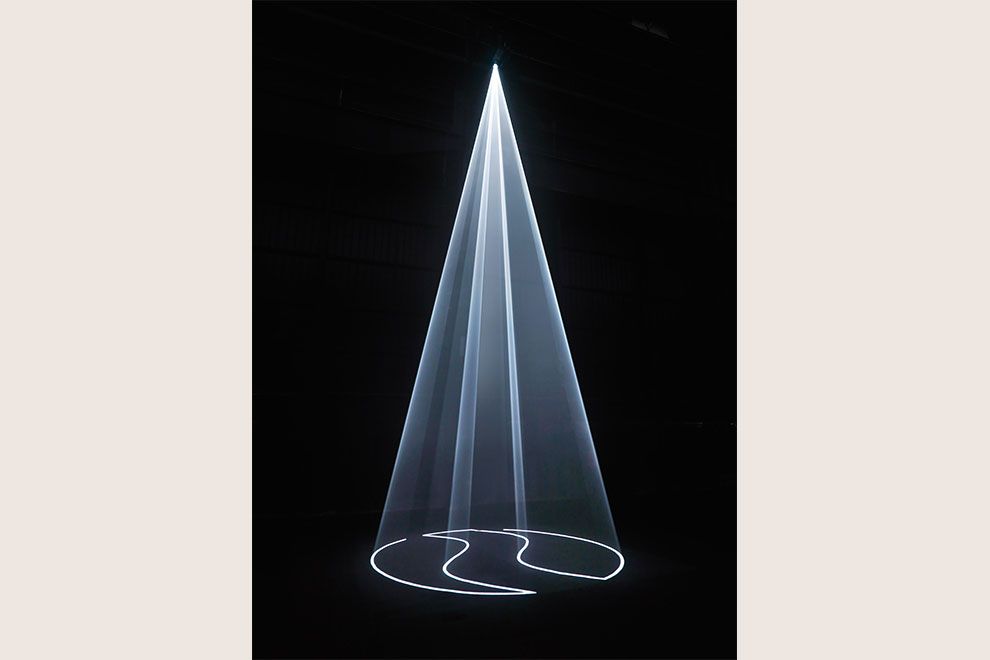 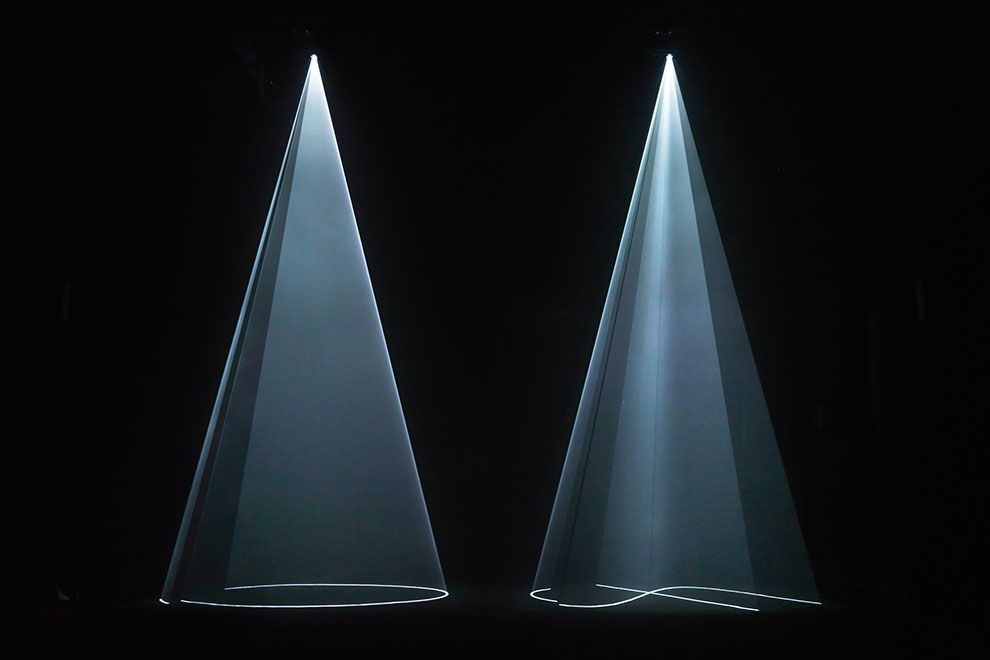 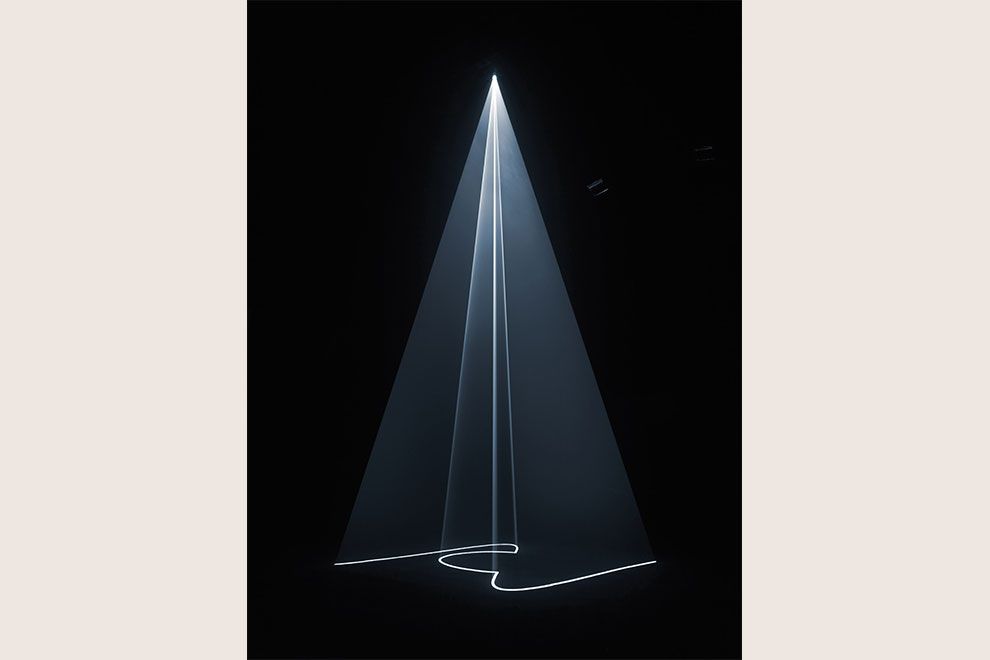 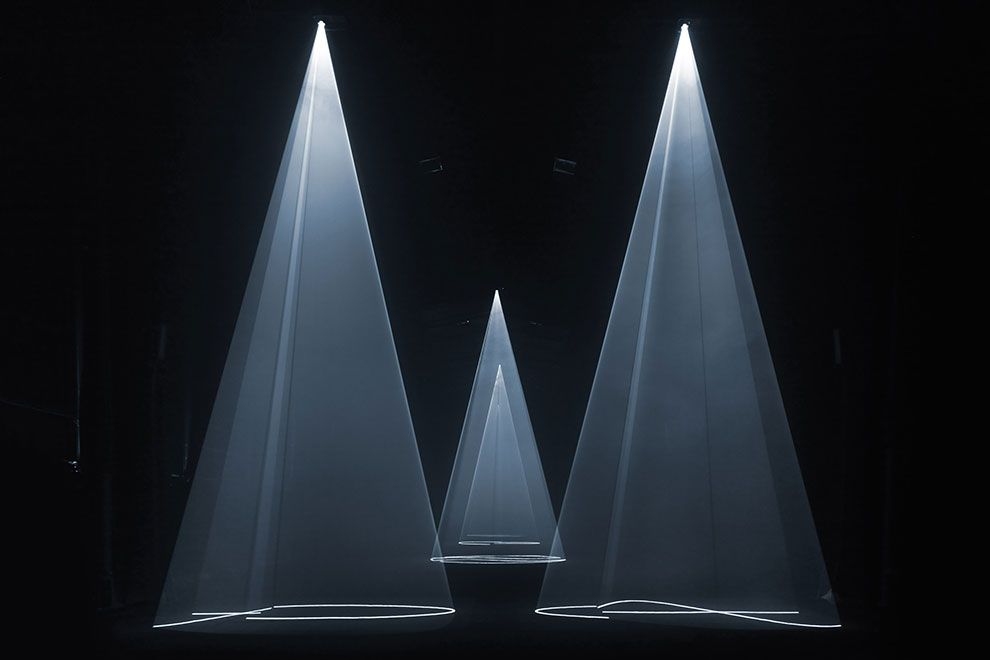 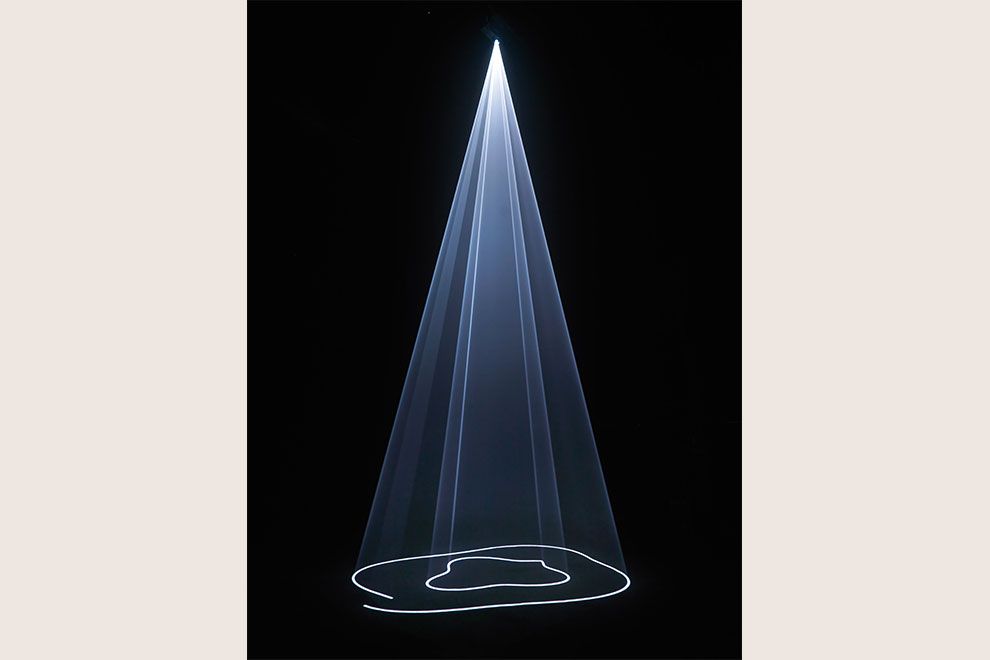 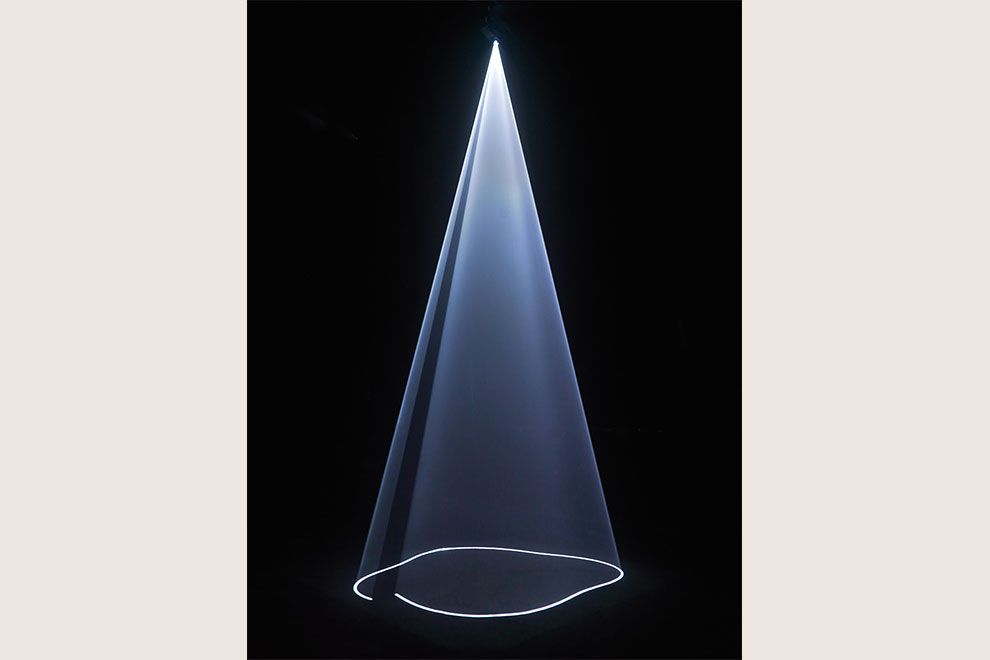 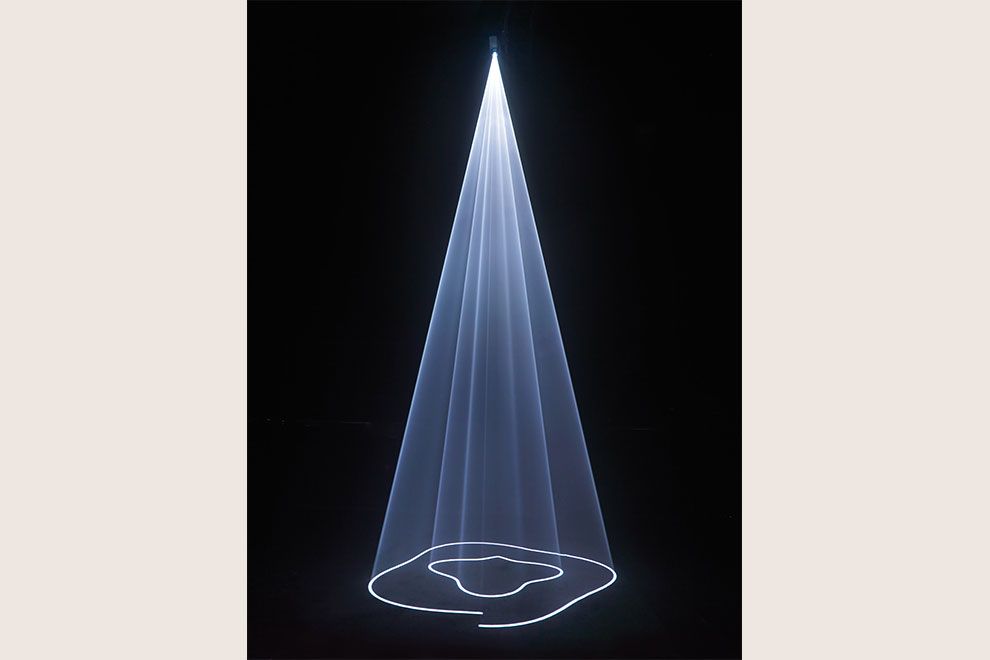 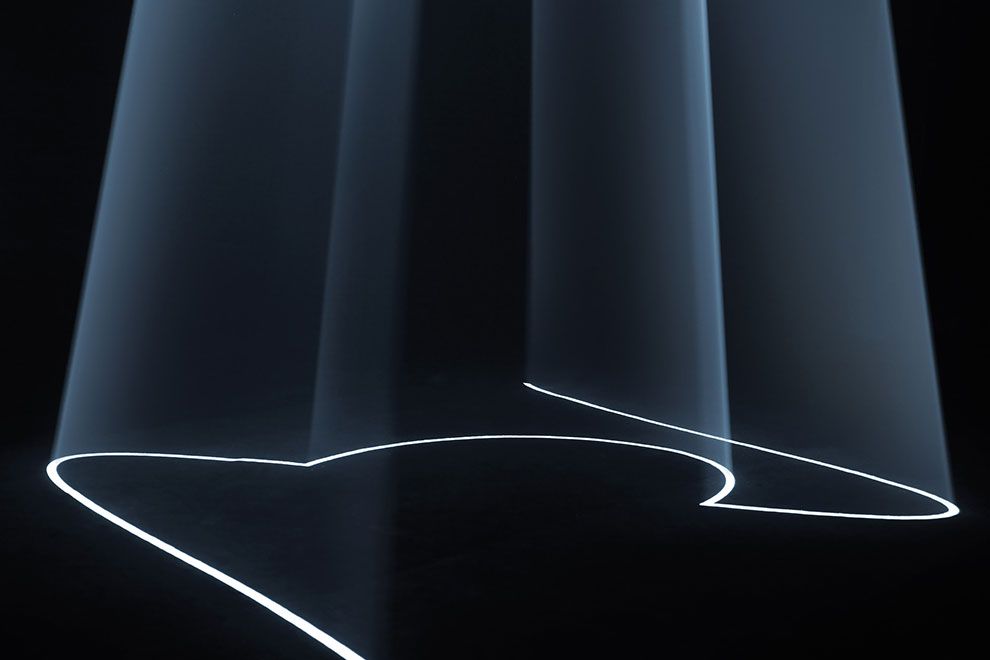 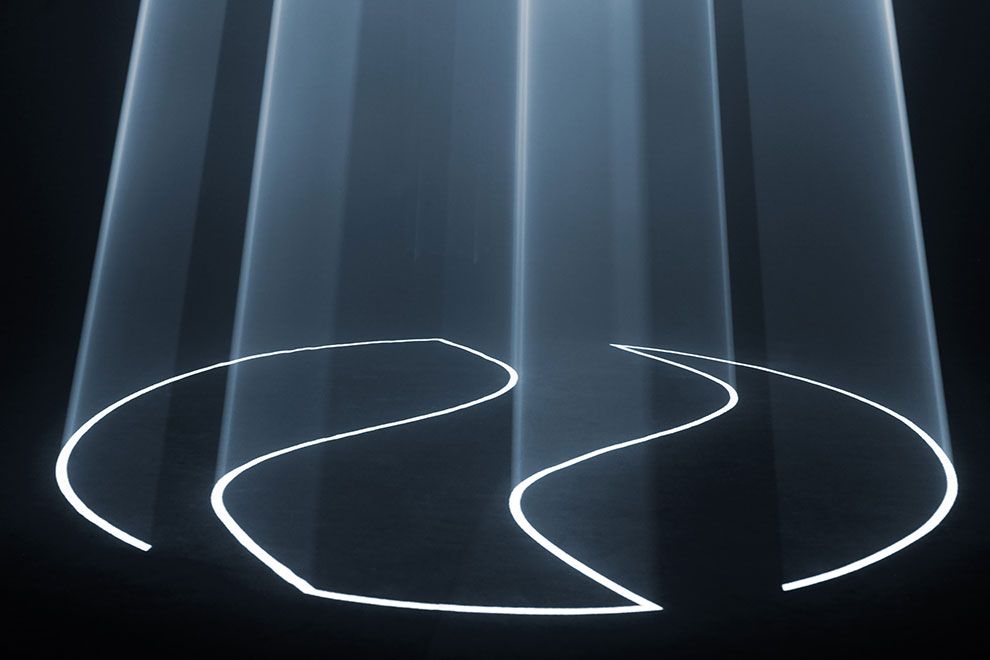 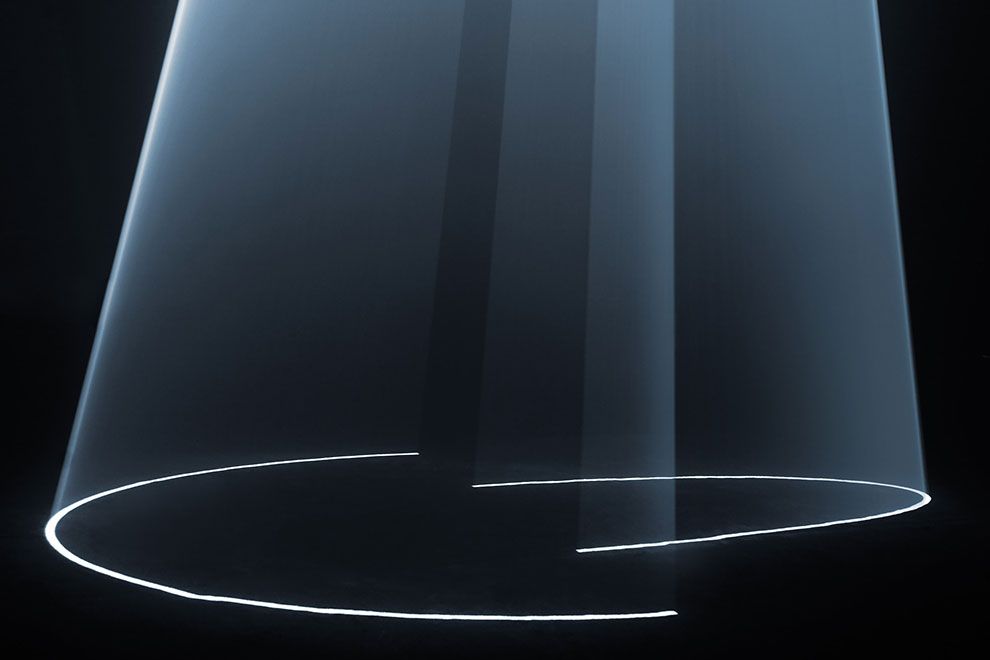 The series demonstrates McCall’s multi-disciplinary practice, where the fusing of installation, film, sculpture and performance creates a dialogue with the industrial space of Hangar Bicocca, one of the few sites in the world that has the capacity to accommodate a series of this scale.

Showed artworks in order of presentation:

Born in London in 1946, and currently living in New York, McCall started to work with performance and film at the beginning of the 1970s, initially with a series of open-air performances in which fire was used as sculptural tool; for example in the work Landscape for Fire (1972); and through his Solid Light Films, originally made in 16mm film, the artist is considered one of the important representatives of the 1970s London “avant-garde” cinema. The artist conceived the first Solid Light Film in 1973 with Line Describing a Cone. While thinking about the mechanical basis of film projections, he observed that the light beam has a three-dimensional presence before it is discharged on the two-dimensional screen where the images are formed. The Solid Light Films are in fact simple projections which celebrate not the image on the screen but the sculptural quality of the luminous, volumetric, beam. In the darkened spaces filled with mist, the projections produce three-dimensional enclosures based on abstract figures, ellipses and waves that gradually expand, contract, perhaps even embrace the space—like ephemeral architectonic walls. These installations modify the relationship between public and film, transforming the visitors into participants, allowing their bodies to intersect and to alter the transitory forms. Now using digital production techniques rather than film, the artist has since clarified his original concept to achieve works that can be positioned precisely between sculpture and cinema. Sculpture, because the forms occupy three-dimensional space and as such can be engaged while walking around and within the translucent walls and enclosed spaces; cinema, because the forms and the spaces are projected, and slowly change through the passage of time.
Before 2004, McCall had employed exclusively horizontal forms. But, as the artist explains “there is a great difference in the way we relate to horizontal and vertical projections: in the horizontal forms one moves within and around every part of the projected object and the source of light is close to eye level; the vertical projections, on the other hand, rise to five times our height, meaning that the viewer can only occupy the lower part of the sculpture while observing the tunnel of light above them. But in either case, the defining membranes of light, together with the chambers they enclose, are made visible by the movement of the mist, with its sometimes spiraling movements, which carry the eye to the vanishing point around the lens of the projector.”
A renewed interest in the artist’s work has been made clear by his presence in an increasing number of exhibitions in international museums and galleries: the Whitney Museum, New York (2001-02); Museum Moderner Kunst, Vienna (2003-4); Tate Britain, London (2004); Hayward Gallery, London (2004); Museu d’Art Contemporani de Barcelona (2005); Museum für Moderne Kunst, Frankfurt (2006); Kunsthaus Zürich, (2006); Hamburger Bahnhof, Berlin (2006-07); Hirshhorn Museum, Washington (2008), Museum of Modern Art, New York (2008). And to great acclaim, there has been an important traveling survey exhibition: Anthony McCall: Elements for a Retrospective, which started at the Musée de Rochechouart, France (2007), traveled to the Serpentine Gallery in London (2007-8), and to the Utzon Center, Aalborg in Denmark (2008-09).
The exhibition is accompanied by an illustrated catalog with a critical text by Hal Foster published by Edizioni Corraini.