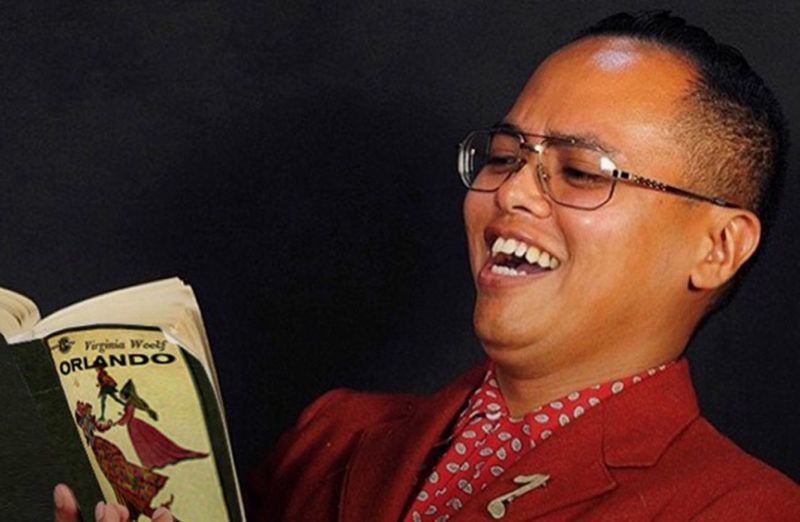 The Reading Society is a journey in the form of a book club that leads the audience into the world of three literary references that have inspired Trisha Baga’s practice and the exhibition “the eye, the eye and the ear” at Pirelli HangarBicocca: Toni Morrison’s Beloved, Virginia Woolf’s Orlando and Mary Shelley’s Frankenstein.

Friday 9 October 2020, at 7 PM—Maria Nadotti on Beloved by Toni Morrison

Thursday 29 October 2020, at 7 PM—Chiara Valerio on Orlando by Virginia Woolf

Friday 13 November 2020, at 9 PM—Jeanette Winterson on her novel Frankissstein. A Love Story

Friday 9 October 2020, at 7 PM—Maria Nadotti reads from Beloved by the Nobel Laureate in Literature Toni Morrison, opening it up to the public: this is a work of “literature as sabotage and restitution”, as Nadotti describes it, “reread in the light of the current situation in America, which has been going up in flames in recent months”.

Thursday 29 October 2020, at 7 PM—Chiara Valerio reads and, together with the audience, comments on some excerpts from Virginia Woolf’s Orlando, a novel considered to be pioneering in its reflections on gender and identity issues. It has in fact also deeply influenced Trisha Baga who refers to Orlando in the opening piece of the exhibition. Valerio examines “the infinite possibilities of Orlando, of gender, but also of time. The to and fro of time and of multiple identities, which coexist beyond gender”.

Friday 13 November 2020, at 9 PM—Jeanette Winterson talks about her novel Frankissstein. A Love Story

In collaboration with Bookcity Milano
The book retraces the life of Mary Shelley from the time when, at the age of eighteen, she wrote the masterpiece in which she imagines the existence of the first post-human being. In doing so, she describes a dystopian future in which a mysterious character is able to move through time, attempting to overcome the dichotomy between the human race and artificial intelligence.

Maria Nadotti is a journalist, essayist, book editor, and translator; she writes about theatre, cinema, art and culture for Italian and foreign publications, and she also works with the weekly Internazionale and writes a blog entitled In genere on the Doppiozero website. The Italian translator and editor of John Berger’s works, she has authored two medium-length documentary films: Elogio della costanza (2006) and Sotto tregua Gaza (2009).

Chiara Valerio is a writer, editor, and radio host. Chosen as the Italian author for Scritture Giovani 2007, and the editor of Nuovi Argomenti and Nazione Indiana, she has worked with the nottetempo publishing company and is currently the editor responsible for Italian fiction for Marsilio Editori. For nottetempo she has translated and edited Flush (2012), Freshwater (2013) and Tra un atto e l’altro [Between the Acts] (2015) by Virginia Woolf.

Jeanette Winterson, born in Manchester in 1959, is one of the best known and most highly acclaimed contemporary British writers. Her first book, Oranges Are Not the Only Fruit (1985), obtained extraordinary overnight success with both critics and readers, and this was repeated with her later novels The Passion (1987), Sexing the Cherry (1989) and Written on the Body (1994). She contributes to leading British newspapers and teaches New Writing at Manchester University. In 2015 she married the psychoanalyst and psychotherapist Susie Orbach, author of the classic of feminist thought Fat is a Feminist Issue. Her latest novels translated into Italian include: The Daylight Gate (2014), The Gap of time (2015) and Frankissstein: A Love Story (2019).