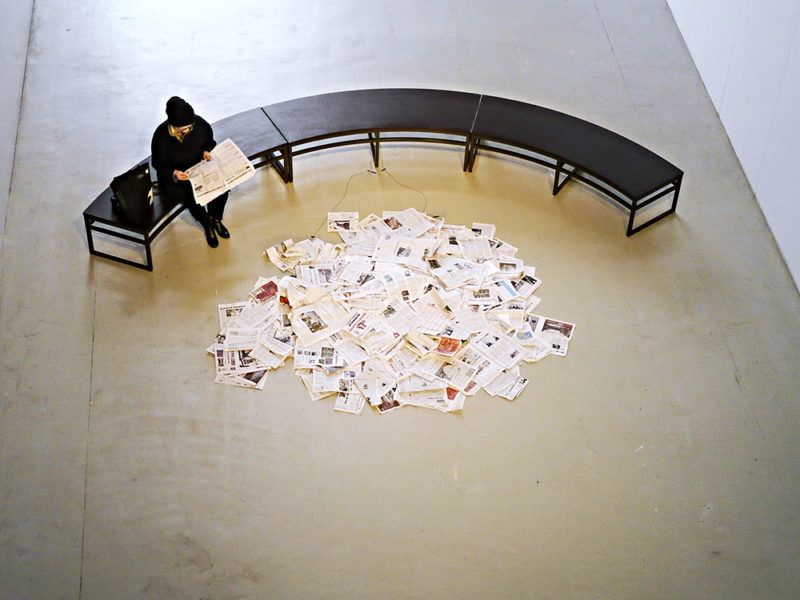 The News Trilogy (Part I and Part II)

On Saturday November 7 and Sunday November 8 2015 (4-7pm), HangarBicocca presents The News Trilogy, a durational performance curated by Pedro Rocha, taking place in the area outside the exhibition spaces of HangarBicocca, conceived as a finissage event of the exhibition “Casino” by Damián Ortega and as part of the Public Program dedicated to the exhibition. In The News Trilogy, Nicholas Bussmann approaches news as data stream to be processed by seven performers of various languages executing a composition, or in other words an algorithm. The composition is a musical and social experiment by means of an algorithmic composition: a set of simple instructions to structure the performance on multiple levels, to filter, harmonize or decompose the news and trigger social interaction between the performers. The work resonates the approach of Damián Ortega in dismantling and reassembling elements taken from reality: in fact the news and newspapers have been addressed by the artist in many of his works, besides his activity as a political cartoonist for a Mexican newspaper at the beginning of his career. In the part I of the Trilogy, The News Blues, a lead singer sings an article in a newspaper in his language.

The other performers, whilst some might not understand, mimic what they hear, building up harmonies. Seven harmonies and three instructions form together the algorithm of The News Blues. This establishes a continuous change of hierarchy inside the group. A piece of news which is interpreted by one performer is mimicked, harmonized, misunderstood and transformed to the essence of news in modern society: a stream of excitement. During a section of the presentation of The News Blues, on the second day of the performance, the audience is invited to participate, joining the performers.
The News Blues was premiered in Berlin in 2014 and performed 42 times at the Shanghai Biennial 2014/2015, with the participation of local singers singing in different Chinese dialects. It was also performed at Fundação de Serralves in Porto, where part II of the Trilogy was premiered.

Nicholas Bussmann is a composer and artist: trained as a cellist, he has been expanding his practice into various connecting music genres, from electronics to conceptual music, as well as art fields. He is a founding member of Kapital Band 1, Nicholas Desamory, Telebossa and Rydberg, amongst other projects. As a curator he promotes music in art context working for the Berlin Documentary Forum and Shangai Biennale 10. 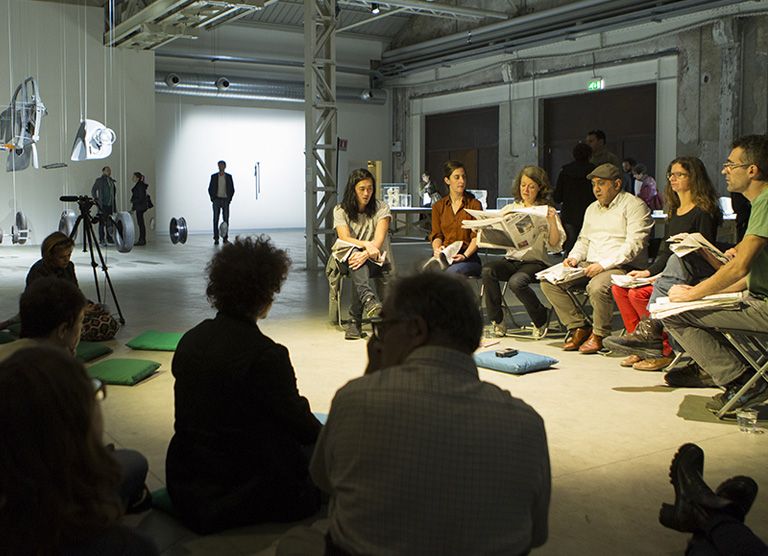