A musical evening with Zinc & Copper, a project founded in 2005 by Robin Hayward, Elena Kakaliagou and Hilary Jeffery, a trio that serves as core for a variable ensemble of brass  instruments.
For this concert, Zinc & Copper will perform a spatial rendition of Ellen Arkrbo’s piece “Three” and the world première of OCCAM OCEAN – DELTA X by Éliane Radigue. After a career dedicated almost exclusively to electronic synthesizers, in the 2000s the French composer and living legend Éliane Radigue began to produce a series of works dedicated largely to acoustic instruments. The OCCAM cycle, inspired by the writings of the philosopher William of Ockham, is one of these.
Zinc & Copper together with Leonor Antunes have also put together an acoustic performance, to be staged inside Antunes’ show, “the last days in Galliate”. Inspired by a number of the elements to be found in the exhibition, including materials and shapes, the dialog between the musicians and the artist is extended to explore other levels of interaction such as reverberations, patterns, possibilities for presence and movement. 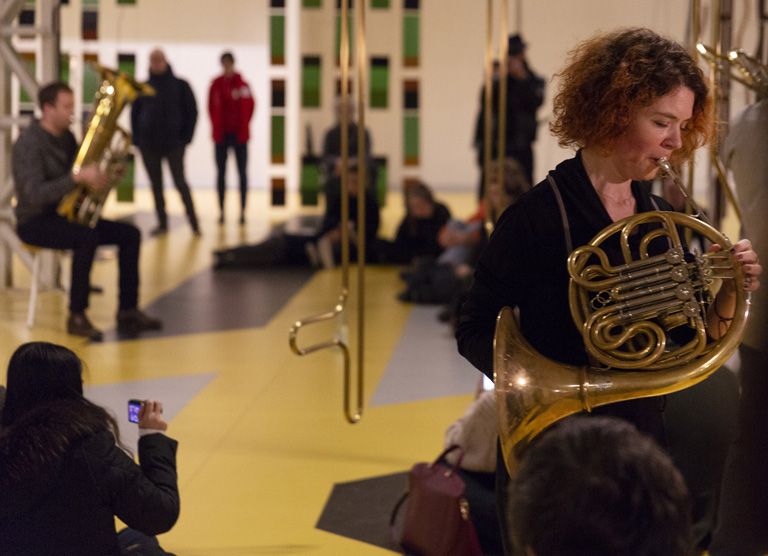