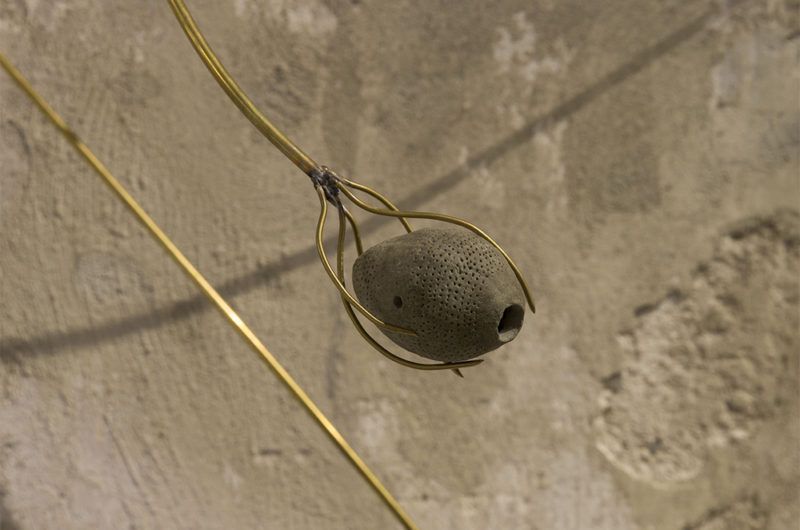 Sound performance by part wild horses mane on both sides

inside Petrit Halilaj’s exhibition “Space Shuttle in the Garden”

Pirelli HangarBicocca presents a sound performance by part wild horses mane on both sides, curated by Pedro Rocha, inside “Space Shuttle in the Garden”, Petrit Halilaj’s exhibition curated by Roberta Tenconi. Over the years the duo has refined very unique and fluid abilities to respond to and dialogue with the places where they perform, now summoned in the context of the exhibition. The site-specific sound performance draws its inspiration from the series of works Si Okarina e Runikut, consisting in a number of ocarinas instruments which Halilaj made on the model of a Neolithic instrument found in Runik, the village where the artist grew up in Kosovo.

Based in Manchester, part wild horses mane on both sides is a duo consisting of Kelly Jayne Jones and Pascal Nichols. Their adventurous free music takes us on journeys through moments of stripped-down beauty, untamed psychedelia, decaying rural atmospheres or harsh visceral rattle, all unified by an acute awareness of time, space and silence. Employing flute, percussion and electronics alongside a vast cache of sonic artifacts that they have collected over the years – as field recordings, found objects, old media –, Kelly Jayne Jones e Pascal Nichols investigate the fields of sound and listening by a process of ritualistic improvisation.

Part wild horses mane on both sides’ music gravitates in an entangled galaxy of different streams of time. The ancient and the modern, the personal and the collective, the material and the imagined, the mundane and the transcendent, they all collapse together and become diffused. And in this framework we can find a comparison with Petrit Halilaj’s exhibition “Space Shuttle in the Garden”, a journey in the artist’s mythology grounded both in his own personal story and in the historical context changing around him. The audience is invited to experience the encounter of the works of these artists by moving in the space, allowing themselves to be guided both by the flexible sound environment installed as well as by the musical exploration.

Part wild horses mane on both sides (Kelly Jayne Jones and Pascal Nichols) have released countless limited run editions on cassette, vinyl and CD via their own Rayon Recs imprint, Singing Knives, Chocolate Monk, Carnivals and MIE, with a forthcoming release scheduled on Beniffer. Among many projects they have collaborated with Pelt and Michael Morley of the Dead C as Pelt Part Wild Gate and with Ashtray Navigations as Human Horses. Recently they have worked extensively with the artist Haris Epaminonda on a number of film-sound installations, exhibiting at Tate Modern London, at the Museum of Modern Art, New York, at Kunsthaus Zurich and at Modern Art Oxford among others. 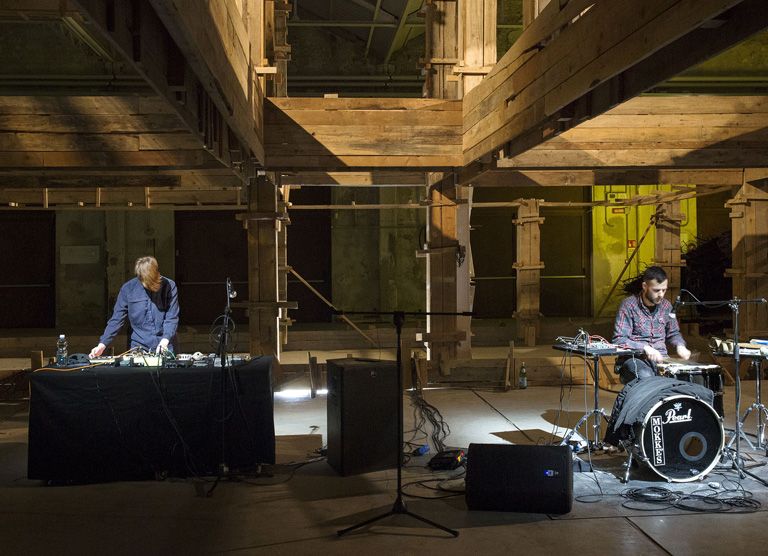