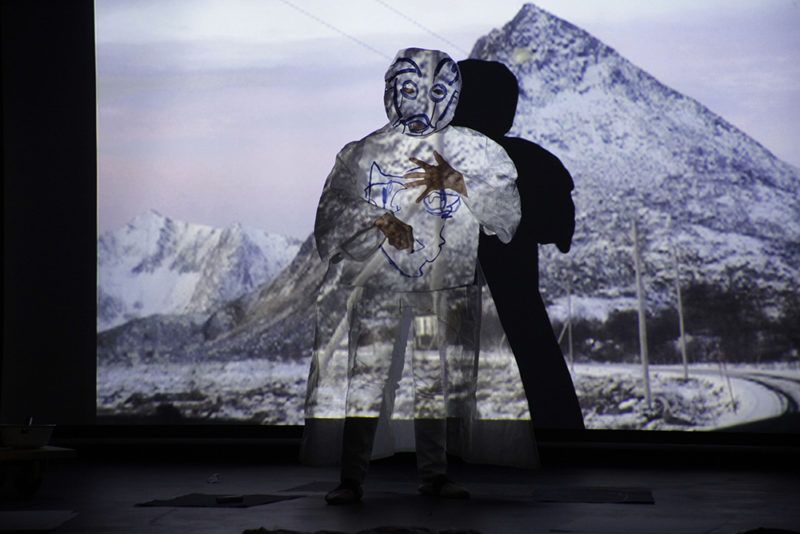 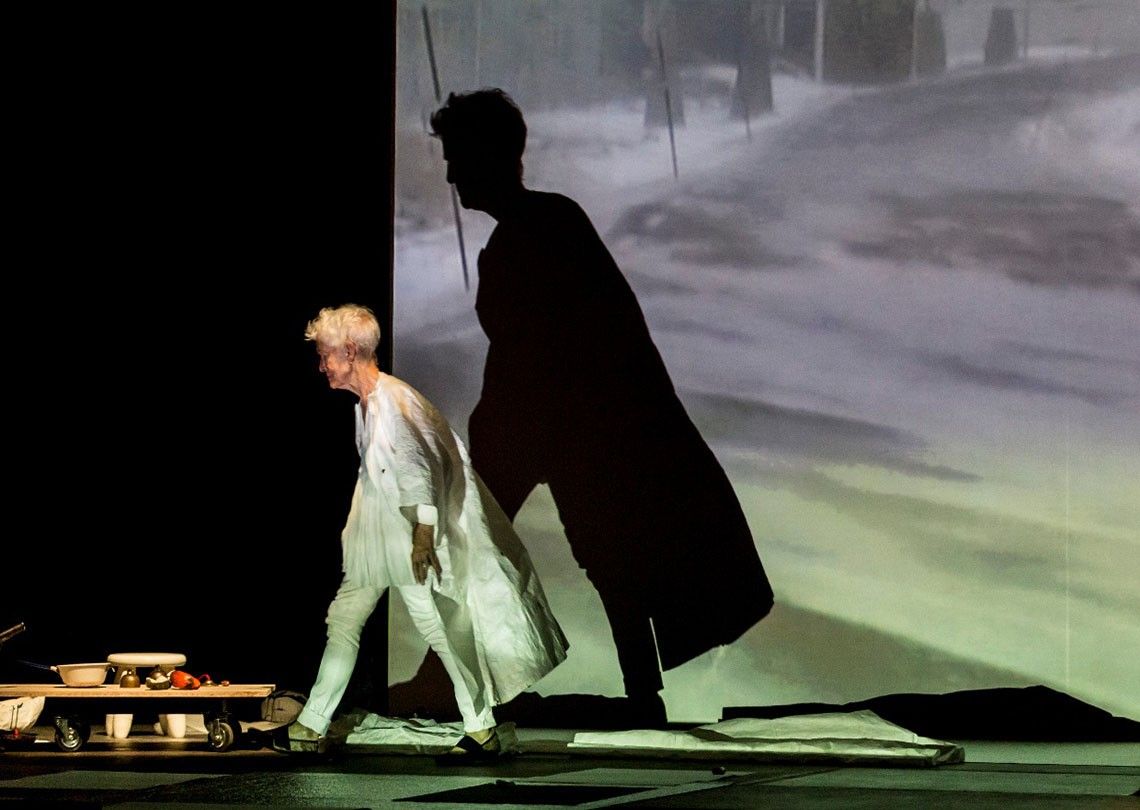 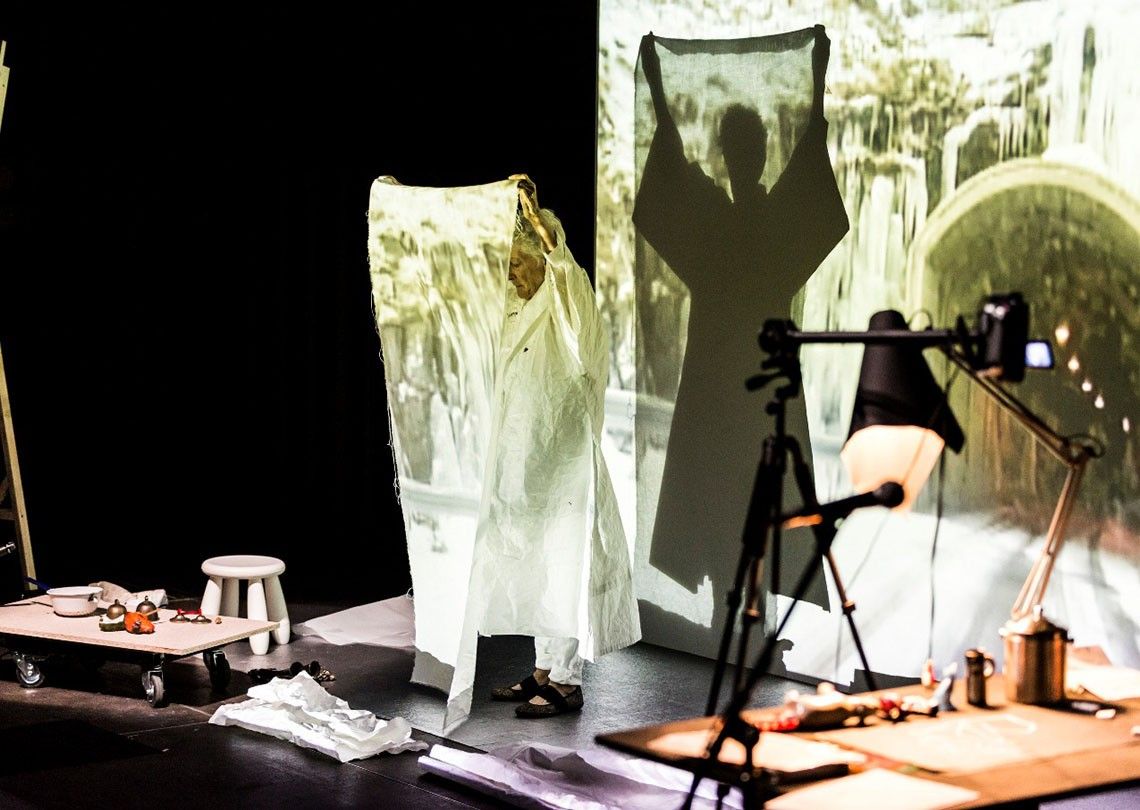 On Tuesday, 21 October 2014 at 9 pm, on the occasion of the Light Time Tales by Joan Jonas exhibition curated by Andrea Lissoni, HangarBicocca presents the performance Reanimation for the first time in Italy. The performance, which is a collaboration between Joan Jonas and the jazz pianist and composer Jason Moran, is a unique opportunity to watch the most recent and enthralling live performance by the American artist. For the first and only time, it is taking place in the largest retrospective exhibition ever devoted to her work. The performance – a variation on Reanimation (2010/2012/2013), one of the works on display in the exhibition at HangarBicocca – is an open dialogue between the two artists, moving forward with different tempos and rhythms around moments of pure musical improvisation. During the performance, Jason Moran performs live with a piano, a mixer and a drum machine, interacting both with Joan Jonas’s movements and with the changes of scene.
In a kaleidoscopic whirl of acoustic universes, visual projections, stage props and instruments brought to life by Joan Jonas, the performance goes back over the source of the work itself – Under the Glacier (1968), a text by Halldór Laxness – which tells tales of glaciers and looks at some miraculous aspects of the natural world. The work was originally created in 2010 as a performance for the Massachusetts Institute of Technology (MIT) in Boston and then, in 2012, it developed into the current version with Jason Moran during dOCUMENTA (13) in Kassel. After Milan, the performance will travel to the Louvre in Paris and then to the Museum of Fine Arts in Boston.

Jason Moran (Houston, 1975) is a pianist, composer, and performer artist. In 2010 he was named a MacArthur Fellow and is currently artistic director of the Jazz section at the John F. Kennedy Center for the Performing Arts (Washington D.C.). As well as many recordings with musicians of the calibre of Charles Lloyd and The Bandwagon trio (with drummer Nasheet Waits and bassist Tarus Mateen), Jason Moran’s work includes an intense and lively series of performances with visual artists. These include Theaster Gates, founder of the non-profit Rebuild Foundation space, with whom he composed the music for Looks of a Lot, a performance put on in 2014 at the Chicago Symphony Center; Stan Douglas for the Luanda-Kinshasa (2013) video work, in which he is one of the performers; the conceptual artist Glenn Ligon, with whom he composed the soundtrack for the Death of Tom video (2008), and the American artist Joan Jonas. As well as on Reanimation, the two also worked together on the music for The Shape, the Scent, the Feel of Things, an opera performed for the first time in 2005 at Dia:Beacon, and for My New Theater: Reading Dante III (2008), a work shown at the Venice Biennale in 2009. 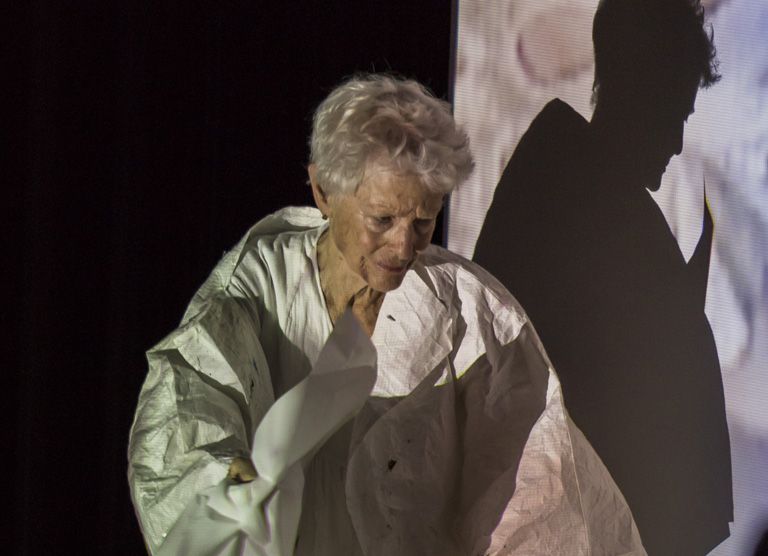