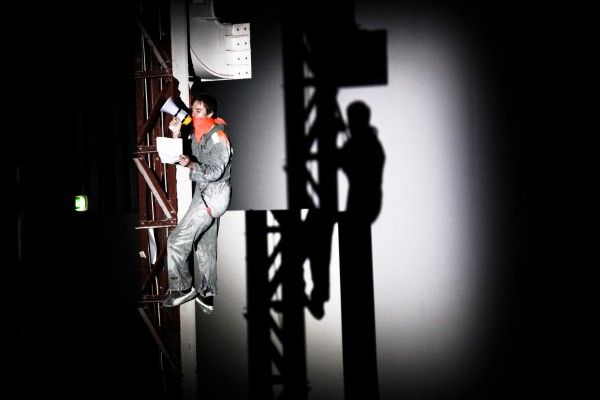 Let the Sunshine In (Antigone) contest #1

The theater production company recognized as one of the most important of our theater scene, which was founded by Renzo Martinelli, Federica Fracassi, favors a separate building from the beginning stage, with a language close to supporting art and sculpture and that the new season has brought together fifteen companies among the most active and successful of contemporary drama. The show is the first stage of a study on the figure of Antigone, to understand the highly political significance in recent years the positions of opaque and perplexing conservatism is the right place again under the sunshine.” Motus I choose to set their new work in a theatrical space, which preserves the traces of the industrial environment from which it originates. Thus, upon entering one is immediately plunged into the show, where is the audience to act as a container fence and action.