Jennifer Walshe. All the Many Peopls

On Wednesday, 28 January 2015 at 9 pm HangarBicocca presents All the Many Peopls, a live event with the Irish artist and composer Jennifer Walshe. Curated by Pedro Rocha, the performance takes place during the Light Time Tales exhibition by Joan Jonas (curated by Andrea Lissoni, on show until 1 February 2015).
All the Many Peopls combines a variety of musical genres through the use of visual and audio references and instruments, creating a fragmentary universe consisting of audio taken from recordings of interstellar noise made by space agencies, video games, sound from YouTube videos shot by soldiers on their phones in war zones and many more. These sounds are juxtaposed with archival footage from safety film and home movies, shot mostly in America in the mid 20th-century. As Jennifer Walshe herself says, the work consists of “a sort of debris we are living in every day”, in the form of random pieces of images and sounds from everyday life. There are many areas of contact between the works of Jennifer Walshe and those of Joan Jonas: the investigation of the presence of the performative body; the use of a variety of artistic languages and technological media; the transactions between reality and scenic fiction; and the use of disguises and alter egos. In the work of both artists one can observe the deconstruction of the physical identity and liberation of the personality of the artist, including gender bound perceived images of women.

Jennifer Walshe was born in Dublin in 1974. A composer and vocalist, she has worked with orchestras and musicians around the world, taking part in many international festivals and winning many awards and honours. With the Grúpatart collective she herself founded – the nine members of which are actually Walshe’s own alter egos – she has created sound compositions, installations, sculptures, videos and photographs. In 2009 the collective was invited to put on a retrospective exhibition at the Project Arts Centre in Dublin, this was followed in 2010 by a solo exhibition at the Chelsea Art Museum in New York, and in 2011 her work was exhibited and performed at the ICA in London as part of the Cut & Splice Festival. Recent projects include The Signing, a shadow puppet opera composed in collaboration with Tony Conrad, performed in Toronto in 2014. 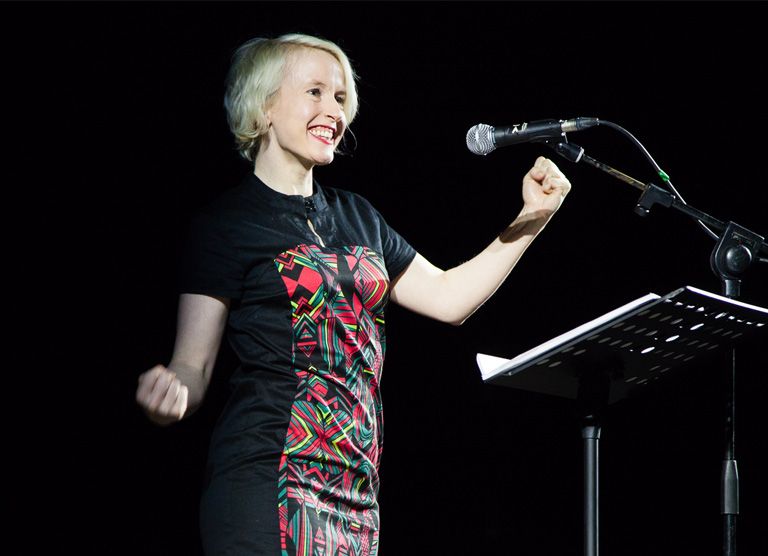 Jennifer Walshe | All the Many Peopls