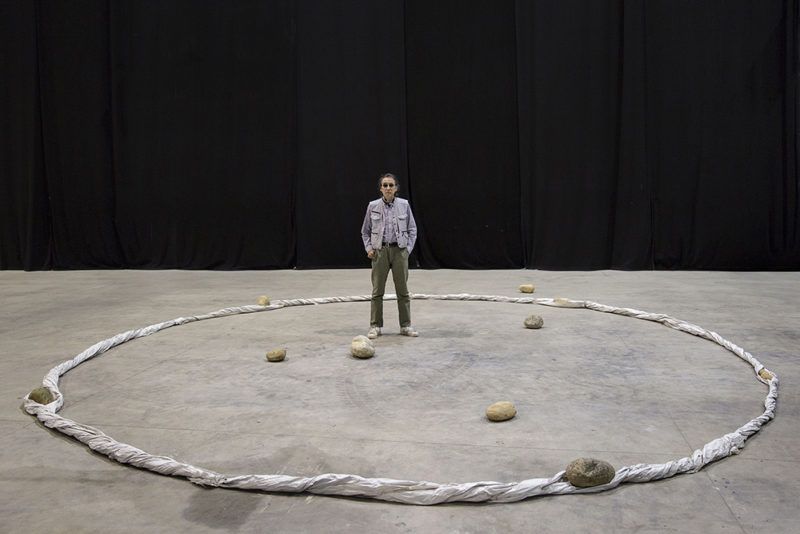 Japan: The New Art (1970, 27 min, color, English). Directed and shot by the filmmaker and producer Michael Blackwood, this documentary offers a rare look at the birth and development of the Japanese art movements Gutai and Mono-ha, described “in real time” during a trip to Expo 1970 in Osaka. This eyewitness account of Japan’s vibrant cultural life and its importance in the history of art includes a number of actions and interviews with key figures in Mono-ha, including Nobuo Sekine, Ufan Lee, Jiro Takamatsu, Susumu Koshimizu and Katsuhiko Narita.

Shusan-Isoku: Kishio Suga (1997, 30 min, color, Japanese with English subtitles) highlights the more performative aspect of Kishio Suga’s work, his “activations,” which consisted in creating an ephemeral work that would be made and disassembled in the space of half an hour. The documentary also records the exhibition held at the Hiroshima City Museum of Contemporary Art in the winter of 1997-1998, showing several of the works on view in different versions from the ones currently visible, and includes a long interview with the artist, who, using a plain and effective language, explains some of the main concepts of his practice.