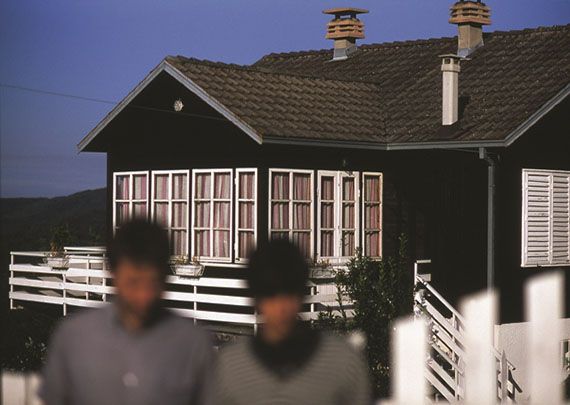 On Thursday, 4 December 2014 at 9 pm HangarBicocca presents the third event in the Public Program devoted to the Light Time Tales exhibition by Joan Jonas: the Italian artistic duo Invernomuto takes the audience on a sound journey through the musical and cultural world that has influenced Joan Jonas’s work. The traces of the characters, symbols, rituals and myths that appear in the artist’s work are recaptured in a selection of musical pieces, accompanied by brief biographical notes on various artists and musicians. The artists presented include the visionary pioneer Harry Smith, Angus MacLise and his Beat-inspired exoticism, Charlemagne Palestine and his restless minimalism. The journey takes us through to recent years, with Seth Price and a number of contemporary heirs.

Invernomuto (Simone Bertuzzi, 1983; Simone Trabucchi, 1982) came together in 2003. The duo’s media of choice are the moving image and sound, but they also work with sculpture, publishing and live performances. In 2007 they took part in the Advanced Course in Visual Arts at the Fondazione Ratti in Como, and they met Joan Jonas for the first time. Their solo exhibitions include: Simone (Padiglione d’Arte Contemporanea, Ferrara, 2011), I-Ration (ar/ge kunst, Bolzano, 2014), Marsèlleria (Milan, 2014) and ArtSpeak (Vancouver, 2015).