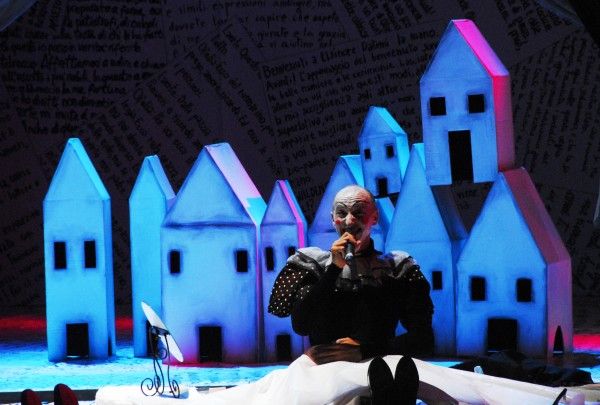 HAMLICE – Essay about the end of a civilization 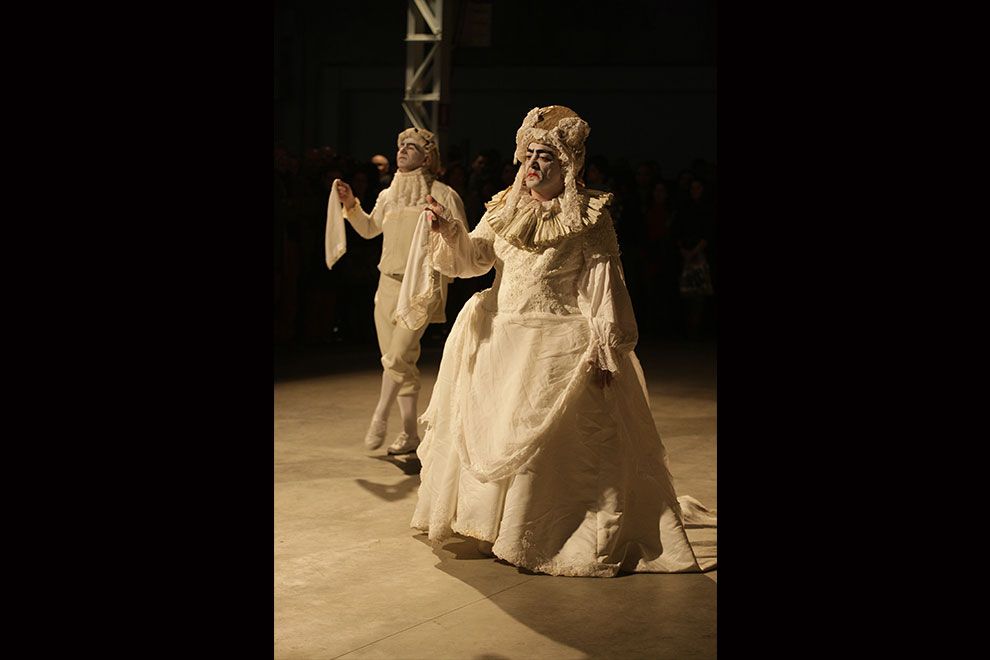 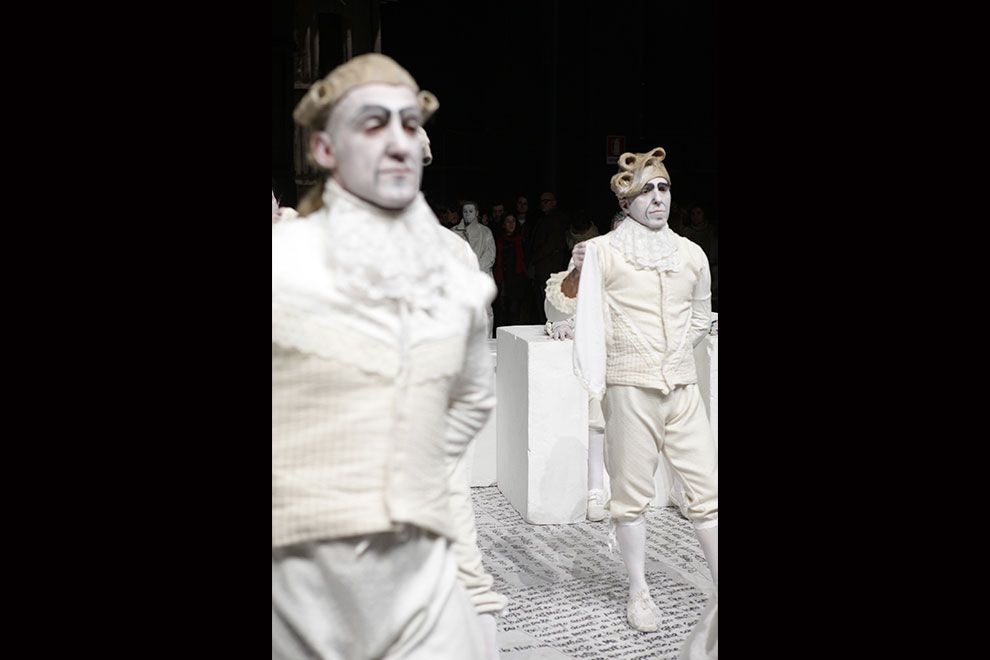 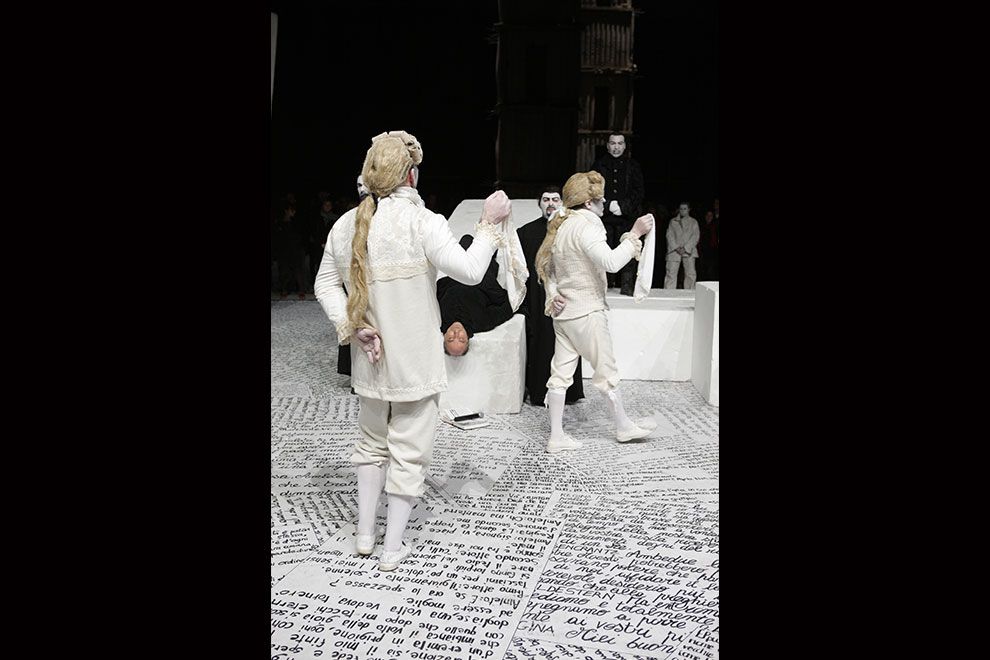 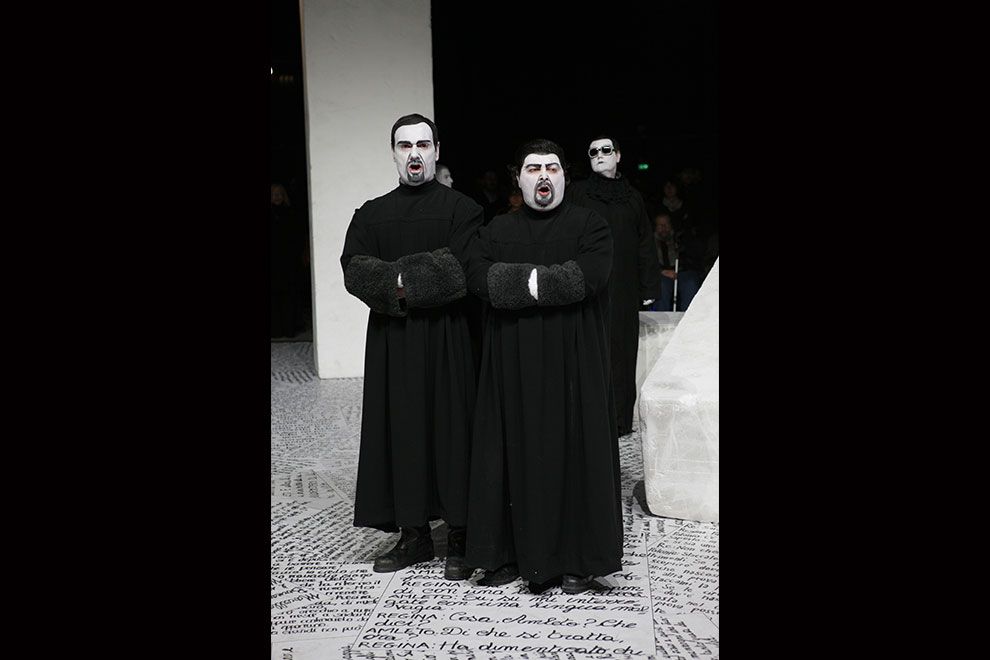 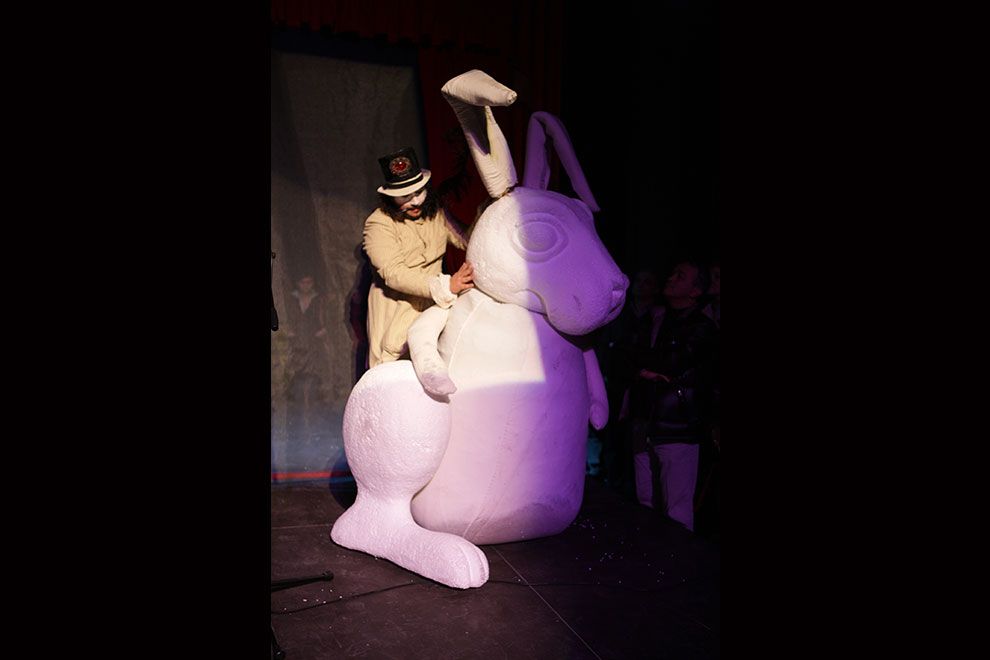 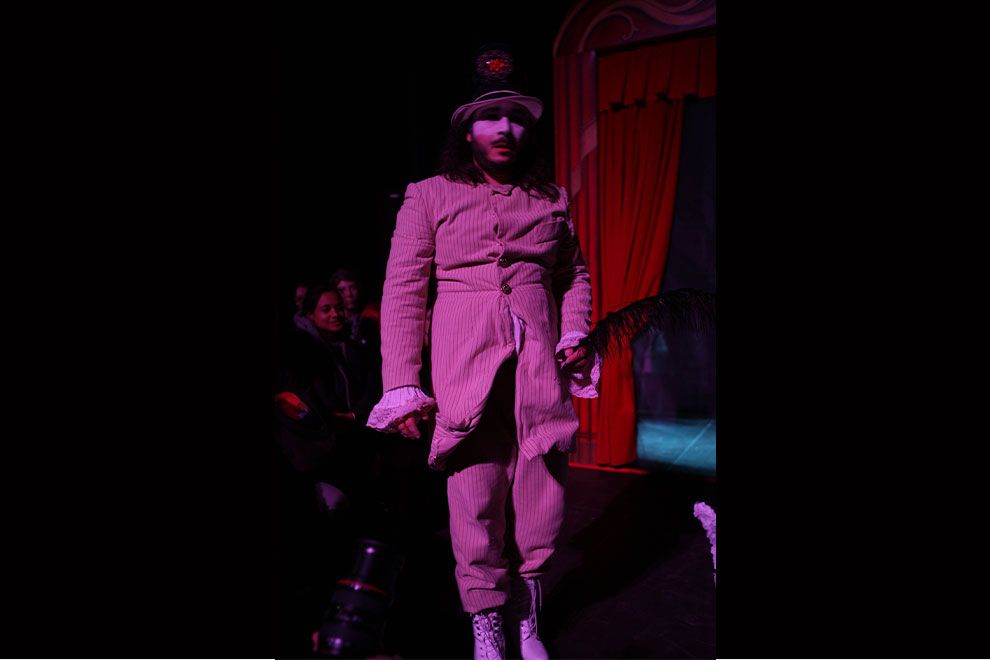 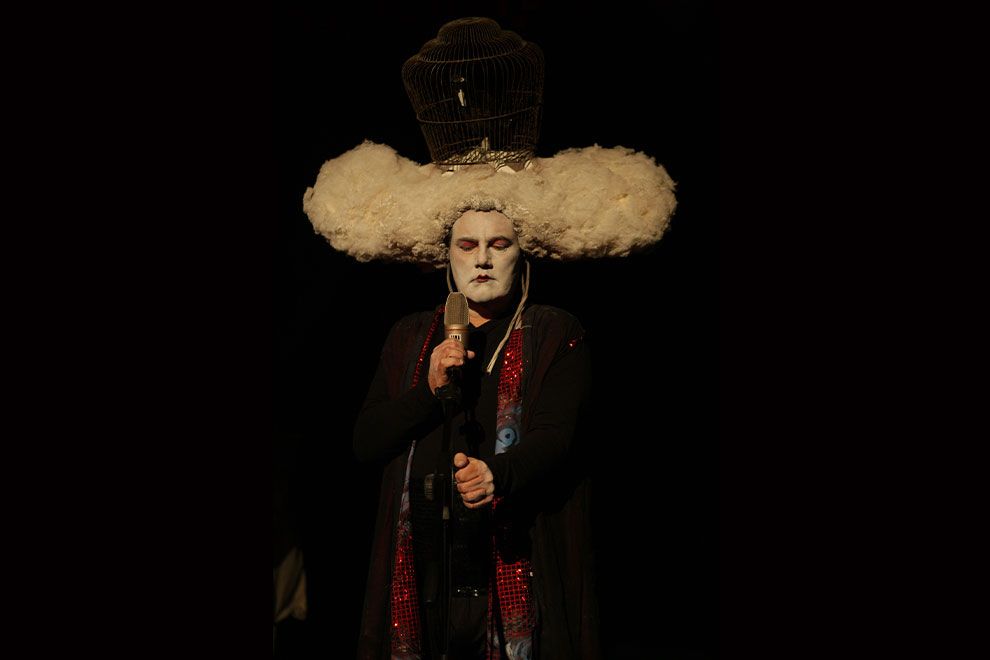 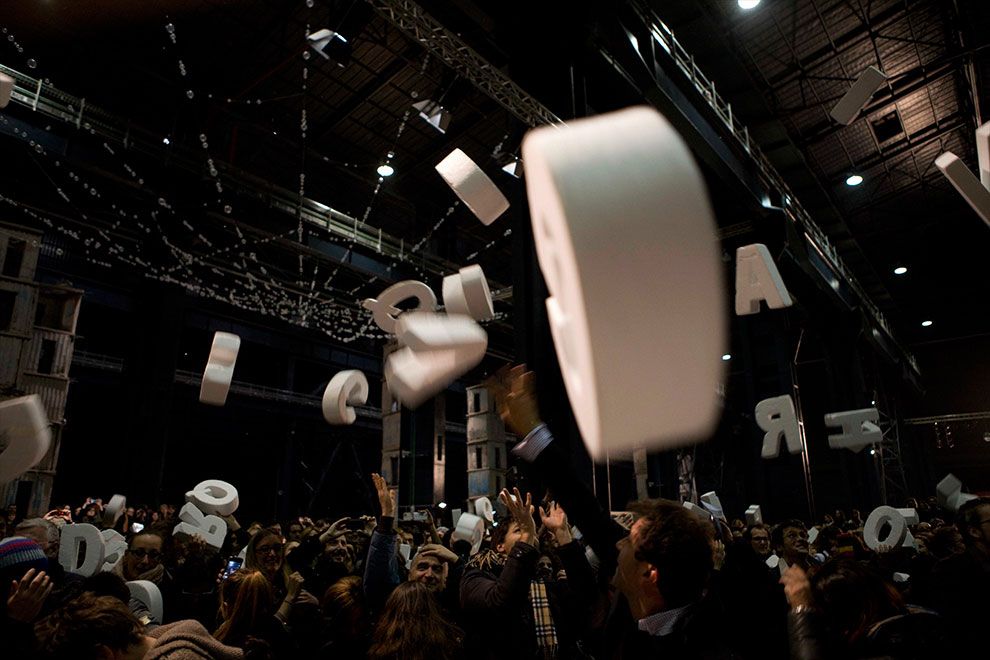 Special event within FESSURE, the program of musical, theatrical and dance manifestations that accompany in a transversal dialogue of the different contemporary languages the artistic schedule of HangarBicocca, which in 2010-2011 is linked to the theme of vulnerability and curated by Chiara Bertola and Andrea Lissoni.

For the theatrical section, curated by Renzo Martinelli and Debora Pietrobono, the show HAMLICE by Armando Punzo with the actors, convicts of the prison of Volterra within a site-specific staging.

“Hamlice is the densest, the most difficult and the most beautiful show ever seen in a while. A joy for the eyes, a soul emotion, an infinite opening towards a world which locks. A unique experience: one of those that sometimes theatre is able to give when it looks inside people and things, and not to the exteriority of styles or to the images of characters and tendencies” (Massimo Marino)

Hamlice is a biennial theatrical project which debuted in 2009 within the prison of Volterra with its first part Alice in wonderland – Essay about the end of a civilization, that this year won the Price UBU for best direction. In July 2010 it was followed by Hamlice – Essay about the end of a civilization, played again in the prison of Volterra, at the Persio Flacco Theatre in Volterra and then in November at the “Fabbricone” in Prato.
After having received enthusiastic ovations from the public and reviews full of great appreciation from the critics, on February 23rd 2011 Hamlice arrives at HangarBicocca, where the performance by Punzo and his actors finds a perfect setting for a violent, hopeless, surreal and at the same time grotesque, poignant and exhilarating. A show which is difficult to narrate because it is dense of staging and choreographic ideas, of music, words, actions, but that must be seen as a unreachable piece of theatre.
Besides the actors, which are convicts of the prison of Volterra and have received a special job travelling allowance to Milan, there are also Stefano Cenci, Andrea Salvadori – who is the author and live performer of stage music – , the painter Enrico Pantani, the acrobatic clowns Guido and Edoardo Nardin, and the special participation of the counter-tenor Maurizio Rippa, and the great Armando Punzo that curates dramaturgy and direction, but has also an important role on stage. “They don’t repeat – says Marino – scripts written once for all, but they radically risk a situation every time by improving and reliving it. We are not in the theatre, but within the execution of an action or a battle plan. And then there’s no papier mache but life, with its strong emotions, with the possibility of  comedowns, tears, with the desire to rip out joy from underequipped days. A game. Touching. True.”
With this special show HangarBicocca confirms again its vocation of experimental centre of contemporary art and culture, with a by now strategic role for Milan’s cultural life.