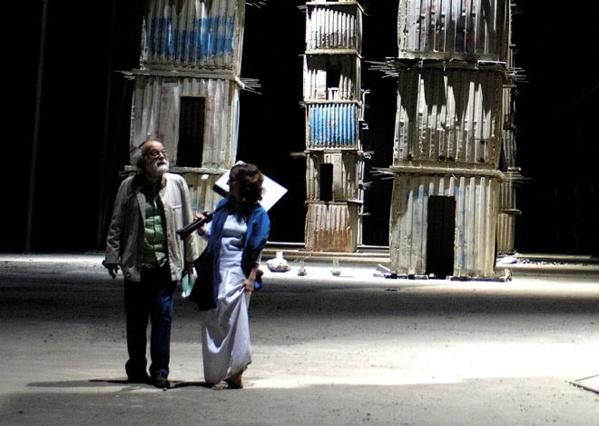 Haim Baharier, considered to be among the principal scholars of Hebrew biblical hermeneutics and thought, has broken down a lesson on Genesis entitled Within the word between the towers in a journey between The Seven Heavenly Palaces by Anselm Kiefer.
Beneath Kiefer’s towers, both strong and tenuous in lead and cement, Baharier has set on his hermeneutical journey travelling through the enlightening words of Kiefer’s towers. Baharier reflects on the fate of the word, of the vocation of the Hebrew tradition to discover unexpected meanings of interpretation, to exhaust the facts in order to discern enlightening reasoning, to preserve the waste of meanings in order to create the bricks of a new thought.