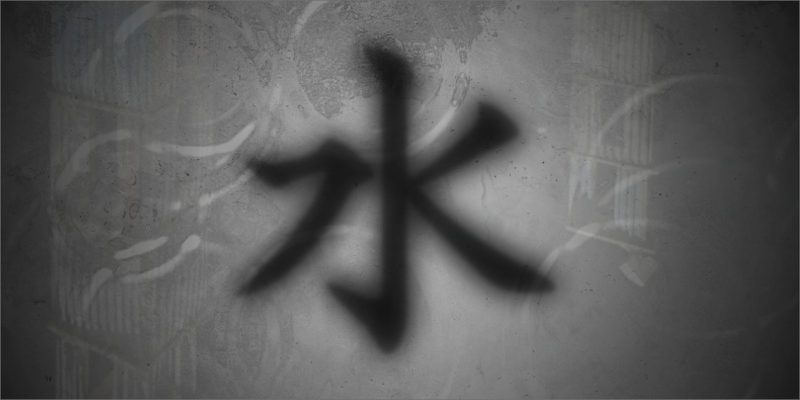 On Thursday 25 and Friday 26 November 2021 at 8 PM, within the spaces of the permanent installation The Seven Heavenly Palaces by Anselm Kiefer, Arthub presents Flu水o (Fluxo), a complex immersive, cross-disciplinary project, that won the Italian Council award (9th Edition, 2020). The project examines compelling themes in the relationship between distant epochs and cultures, and gives rise to unusual crossovers amongst different activities and media: contemporary opera music and performance, installations and dance, film and workshops.

In Pirelli HangarBicocca Flu水o is performed live and in its complete version: this represents a fundamental moment in the multi-faceted, complex international program, a project that involves Europe and the Far East in the creation of an artists’ residency, a workshop, six performances, a chamber opera, an exhibition, three screenings and four talks.

The project was developed at n+n Corsino – SCENE44 in Marseille, where the production was initiated, at Casa degli Artisti in Milan, at Pirelli HangarBicocca, and at the Ming Contemporary Art Museum, Shanghai, where an exhibition will be installed. A video of the opera will be screened in the premises of three partner organisations – n+n Corsino – SCENE44, Gasworks & Triangle Network, and Ramdom. The final work will become part of the permanent collection at MAN, Nuoro, in the form of a video installation depicting film sequences of the performances, placed alongside scenic elements made during the residency in Marseille.

The central theme of this visionary project is water, an element indispensable for life and a substance of immense poetic power that can also be a place of death and annihilation, the focal point for social, political and anthropological issues of urgent contemporaneity. This duality of values is mirrored by the structure of Flu水o, which comprises the simultaneous presence of re-enactments and reinterpretations of some performances by 1960s East Asian artists with links to water alongside a production of Mare Nostrum, a sarcastic chamber opera by Mauricio Kagel.

The Flu水o project emerged from an idea by Luciana Galliano and it was curated by Davide Quadrio.  The opera was directed by Alessandro Sciarroni, who chose to share the project’s authorship with a number of personalities on the contemporary Italian and international scene, starting from a close cooperation with Andrea Anastasio to whom he entrusted the scenes, the musicians’ costumes and the site-specific installation for Mare Nostrum inspired by the waters of the Mediterranean, forming the stage set that will host Kagel’s opera and performances by the invited artists: Chiara Bersani – re-enactment of Water Music (1965) by Shiomi Chieko; Anna Raimondo – Le forme dei sogni tornano al mare (The shapes of dreams return to the sea), 2021, based on Water Music by Shiomi Cheiko; Rossella Biscotti with Attila Faravelli – re-enactment of Takemitsu Toru: Water Music for magnetic tape, Tokyo 1960; Silvia Gribaudi – re-enactment of Water Piece (1964) by Yoko Ono; Silvia Calderoni / Ilenia Caleo, re-enactment of Covered in Detergent on Stage, Bathing in Water (1964) by Nam June Paik.

Mare Nostrum, one of the highest expressions of Kagel’s musical theatre, is performed by countertenor Kai Wessel and baritone Miljenko Turk with the Ensemble Bernasconi conducted by Arnaud Arbet, also featuring Elena Casoli, guitar, and Yuka Ohta, percussion. In addition, the opera sees the presence of performance artist Muna Mussie.

The scenes are true installations in themselves – and the singers’ and performers’ costumes were created by Andrea Anastasio. The stage set for Flu水o is an extension of his work Eden, created in collaboration with the Alcantara company. Eden is a giant anaconda, a metaphor for our contemporary society that swallows everything that it encounters. Eden represents a combination of an industrial product transformed by human use and abuse, and the post-organic beauty of a product such as Alcantara.

Davide Quadrio, the curator, explains: “Eden, in Flu水o, takes the form of an underwater landscape, a desperate seabed made of human rubbish that becomes Kagel’s Mare Nostrum, an abyss as glossy as a python’s skin, covering all and concealing everything in an apparent, luxuriant beauty. The omnivorous quality of luxury”.

Ho Tzu Nyen directs the live filming of a movie in which the entire Flu水o installation is considered as an open theatre set, a single, complex scenic object, a long take of happenings, references and gestures. The film is not aimed at documenting, but at working on the actions by means of visual solutions that illustrates the opera Mare Nostrum as an element on the surface, while the artists’ performances shine as if they were at the bottom of the sea, with us humans watching from above.

curated by Davide Quadrio
based on an idea by Luciana Galliano
produced by Arthub, Shanghai/Hong Kong