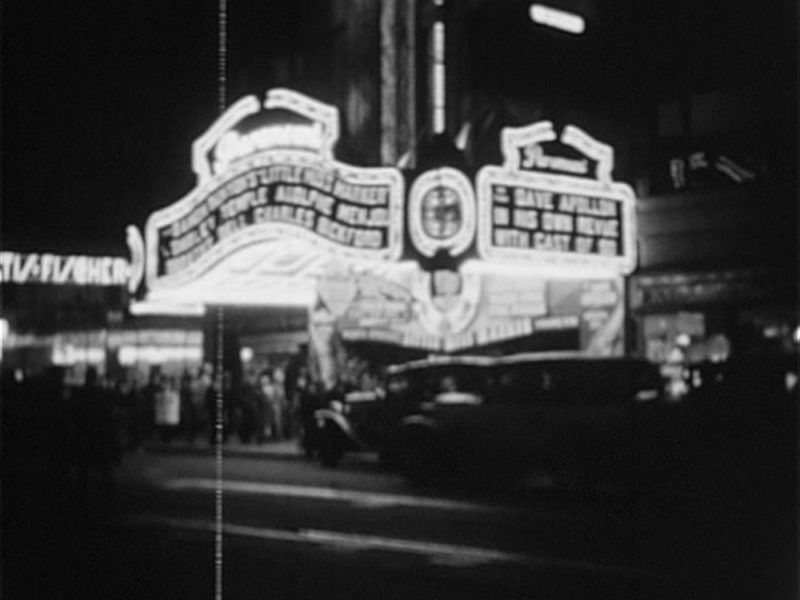 Projection of Elevated by Matt Mullican, with the live accompaniment of David Lang’s men

Matt Mullican’s film Elevated (2005), which uses bits of found footage from 1930s New York, is projected on a large screen inside the exhibition “The Feeling of Things”  and accompanied by a live performance of the David Lang composition men (2001).
The film is made from an original found footage in 16 mm depicting glimpses of New York City. The apparently neutral gaze of the movie camera – who’s amateur filmmaker is unknown to the artist and to us – catches the texture of dozens of unknown people’s lives through the flow of small, apparently insignificant events. Originally created by the artist as Untitled (DG Oswald NYC, 1935) (1990,) Matt Mullican’s Elevated was released in 2005 paired to David Lang’s composition men.
David Lang, one of the most outstanding American music composers says: “men is about men and their history… is a sad march for the hopes and dreams of men.”

David Lang is one of the most highly esteemed and performed American composers writing today. His works have been performed around the world in most of the great concert halls. Lang’s simple song #3, written as part of his score for Paolo Sorrentino’s acclaimed film Youth, received many honors in 2016, including Academy Award, Golden Globe, and Critics Choice nominations, among others.
Mike Svoboda, in his triple role as trombonist, composer and educator, is among the most original musical personalities of our time. Over the last thirty years he has premiered works by, among others, Sandeep Bagwahti, Sidney Corbett, Christian Jost, Georg Friedrich Haas, Manuel Hidalgo, Heinz Holliger, Benedict Mason, Wolfram Schürig, Martin Smolka, Mattias Spahlinger, Bernd Thewes and Frank Zappa.