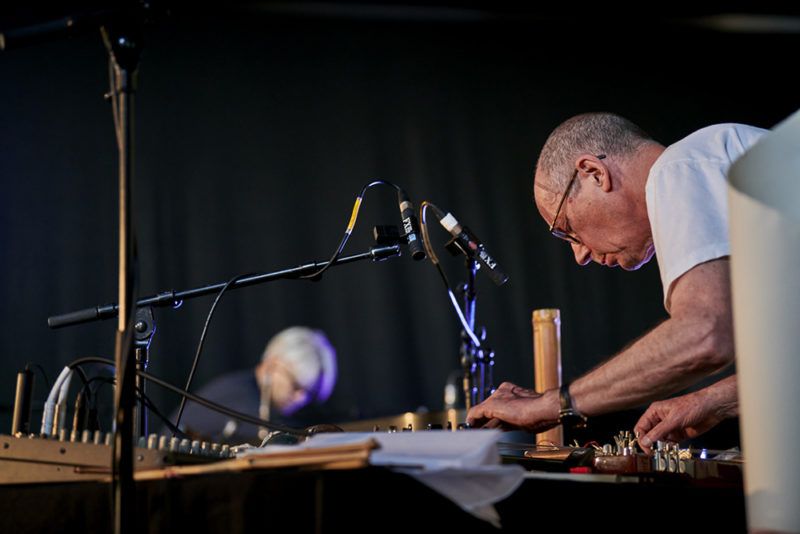 Improvisation of materials, resonances, channels and contingencies
by David Toop, with John Butcher and Lucie Štěpánková

David Toop (born 1949) has been developing a practice that crosses boundaries of sound, listening, music and materials since 1970. This encompasses improvised music performance, writing, electronic sound, field recording, exhibition curating, sound art installations and opera. He is the author of seven acclaimed books and Professor of Audio Culture and Improvisation at London College of Communication. In recent years his collaborations include Rie Nakajima, Akio Suzuki, Tania Chen, John Butcher, Elaine Mitchener, Henry Grimes, Alasdair Roberts, Thurston Moore, Ryuichi Sakamoto, amongst others.
Toop signals as one of the most formative experiences in his life the events of May 1968 when he participated in the occupation of Hornsey College of Art. These seem to have been influential on his musical practice both in terms of his focus on simplicity as well as on the interplay between listening and sounding involved in improvisation. In Toop’s recent projects, we find him exploring the resonances of a range of materials that go from the mundane and simple to the more sophisticated, reflecting his need to stay connected to this world and its instabilities. On his path, he has found enlightenment on Mario Merz’s work and the Arte Povera movement. In Toop’s own words, Merz “was one of those inspirational, complex artists of the twentieth-century who devised a new language, a new toolkit, a new way of thinking that gradually reveals its potential over time as a mean for understanding our current predicament.”
For this concert happening inside Merz’s exhibition “Igloos” and grounded in improvisation, David Toop invites as collaborators electronic musician and sound artist Lucie Štěpánková and saxophonist John Butcher, probably one of the most influential musicians within the exploratory realms of improvisation. 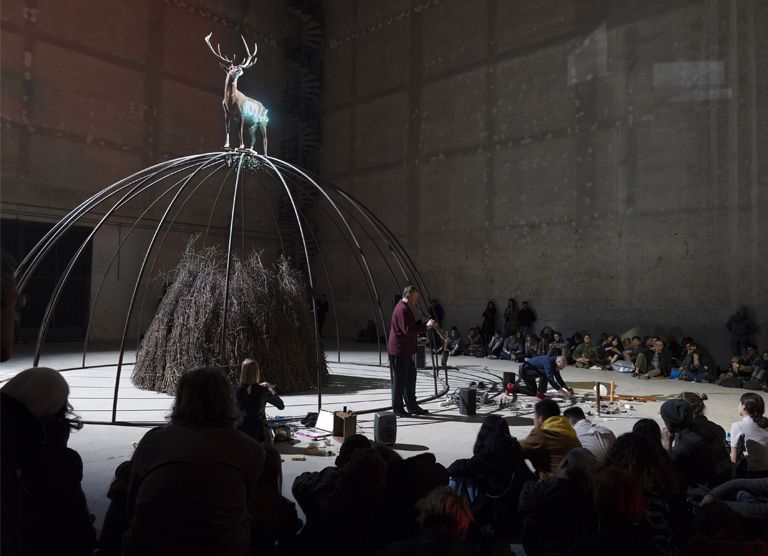