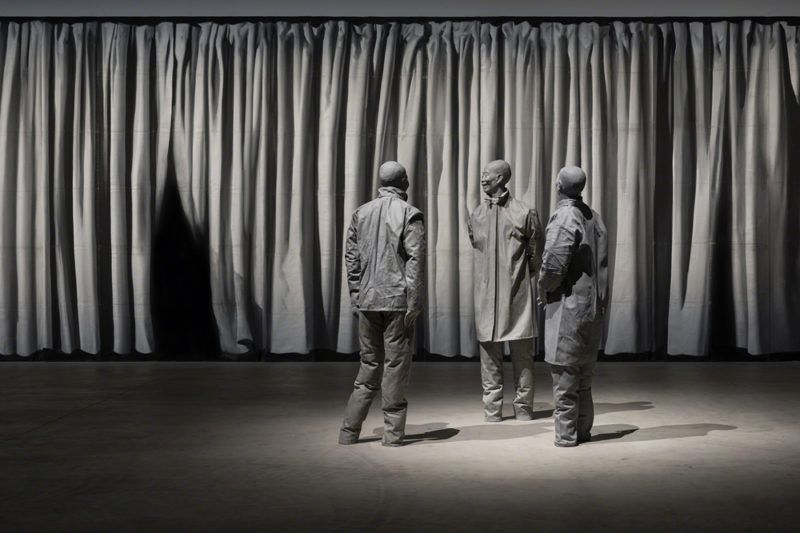 Conversations on Time and Space

HangarBicocca presents Conversations on Time and Space, a conference-concert with Giovanni Bietti and Luca Molinari, two of the greatest experts in music and architecture respectively, who explore the relationship between the two disciplines in a meeting accompanied by live music. Taking inspiration from Building for Music (1993), a sound work by Juan Muñoz and Alberto Iglesias, in which the artist imagines designing an auditorium that has mysteriously disappeared just after the Second World War, Bietti and Molinari tell a tale of music and architecture from two different but complementary points of view.
From Greek temples to Japanese architecture, and from the Baroque to the twentieth-century musical and spatial experiments of Edgard Varèse and György Ligeti, Conversations on Time and Space takes the audience on a journey through the concepts of rhythm, proportion, harmony and symmetry, but especially of space and time, bringing together architectural design and musical composition in a play of cross-references and metaphors, as well as challenges.

A composer, pianist and musicologist, Giovanni Bietti gives conferences and, in particular, concert-conferences on the piano, in many of Italy’s most prestigious venues, including La Scala (Milan), the Festival Mito-Settembre Musica of Turin and Milan, Teatro Regio (Turin), the Accademia Nazionale di Santa Cecilia (Rome), Teatro La Fenice (Venice), Teatro Petruzzelli (Bari), Teatro Massimo (Palermo), and the Orchestra da Camera di Mantova. He is one of the comperes on “Lezioni di Musica”, a music education programme on Rai-Radiotre, and the curator of the live series of the same name that attracts thousands of people to the Auditorium-Parco della Musica in Rome. In 2012 he published a book entitled Ascoltare la Musica Classica: la Sinfonia in Haydn, Mozart, Beethoven and in 2013 an essay under the title “Ascoltare Beethoven”.

A curator, critic and architecture historian, Luca Molinari lives and works in Milan and Naples. Associate Professor of History of Contemporary Architecture at the L. Vanvitelli Faculty of Architecture, he has worked with and contributed to some of the top architecture magazines in Italy and abroad, as well as contributing to La Stampa, the Corriere della Sera and L’Espresso. Since 1995 he has been the architecture editor at the Skira publishing company. From 2001 to 2004 he was the scientific director for architecture and urban planning at La Triennale di Milano. In 2010 he was the curator of the Italian Pavilion at the 12th International Architecture Exhibition, Venice Biennale. He has been a member of the High Council for Cultural and Scenic Heritage of MiBACT since 2012. He was awarded the Ernesto Nathan Rogers Prize for architecture criticism and communication.