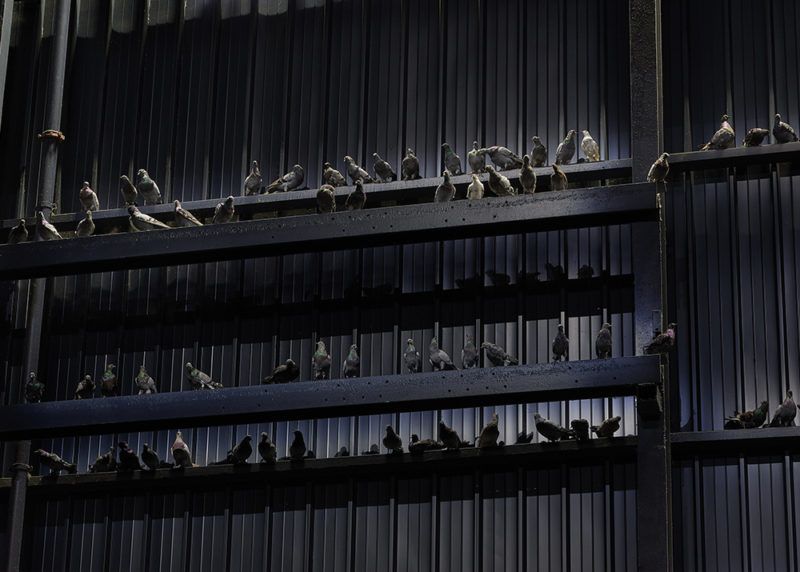 with Felice Cimatti, Federico Campagna and the premiere of the video SPY by Yuri Ancarani

On the occasion of BookCity, Pirelli HangarBicocca presents a special Public Program event devoted to the  exhibition “Breath, Ghosts, Blind” by Maurizio Cattelan on Thursday 18 November, starting at 7 PM. The evening consists of three parts:

At 7 PM, Felice Cimatti, professor of Philosophy of Language, accompanies the audience on a conference tour under the title Apparizioni animali. Perché non ci guardano (Animal Apparitions: Why they don’t look at us) inside the exhibition spaces. Starting from Ghosts, a work that puts the viewer in the position of feeling observed by the thousands of pigeons that inhabit the exhibition space, Felice Cimatti examines the most disorienting aspect of the non-human world, which is the fact that it simply ignores our presence and even our existence. This means that when we are observed by a non-human, it unnerves us. Cimatti reflects on how we can try to live with this disconcertment.

At 8.15 PM, premiere of the video SPY. An Eye on Breath Ghosts Blind by Maurizio Cattelan (4’50’’, 2021), filmed inside the exhibition by the artist Yuri Ancarani. Realized inside Maurizio Cattelan’s exhibition, the video explores the show through the eye of a drone, like a spy observing the artist’s works from different, unusual angles. The soundtrack by Matteo Pit, composer in the Primitive Art duo, and by the sound designer Lorenzo Dal Ri, accompanies the spectators on their journey, transforming the metallic hum of the moving drone into a harmonious and enigmatic composition.

At 8.30 PM, the philosopher Federico Campagna holds a lecture entitled Favole della Realtà (Real-world fairy tales). Taking inspiration from homeless people, from the sense of alienation that the exhibition arouses in the viewer, and from the countless real and fictional references that appear in Cattelan’s work, Federico Campagna reflects on what a “world” is and on how stable our idea of “reality” actually is. In his talk, which runs along the lines of a fairy tale, Campagna discusses the possibility, and the advisability, of learning to be foreigners in the world.

Felice Cimatti teaches Philosophy of Language at the Department of Political and Social Sciences of the University of Calabria. His publications include Il Postanimale. La natura dopo l’Antropocene (Deriveapprodi, 2021), Sguardi animali (Mimesis, 2018) and Filosofia dell’animalità (Laterza, 2013). He presents the progran of philosophical and spiritual issues Uomini e profeti on RAI Radio3.

Federico Campagna is an Italian philosopher who lives in London. His latest books are Prophetic Culture (Bloomsbury, 2021), Technic and Magic (Bloomsbury, 2018) and The Last Night (Zero, 2013). He holds a PhD from the Royal College of Art in London, works for the radical Anglo-American publisher Verso Books, and teaches Philosophy at the Royal Academy of Art, The Hague (KABK) in the Netherlands.

Yuri Ancarani is an Italian video artist and director. In 2016, with the documentary film The Challenge, nominated by Indiewire as one of the 9 Independent Films You Must See, he won the Special Jury Award in Locarno. His new film, Atlantide (2021), has been included for the Orizzonti section at the 78th Venice International Film Festival. His works have been shown in many national and international exhibitions and museums. 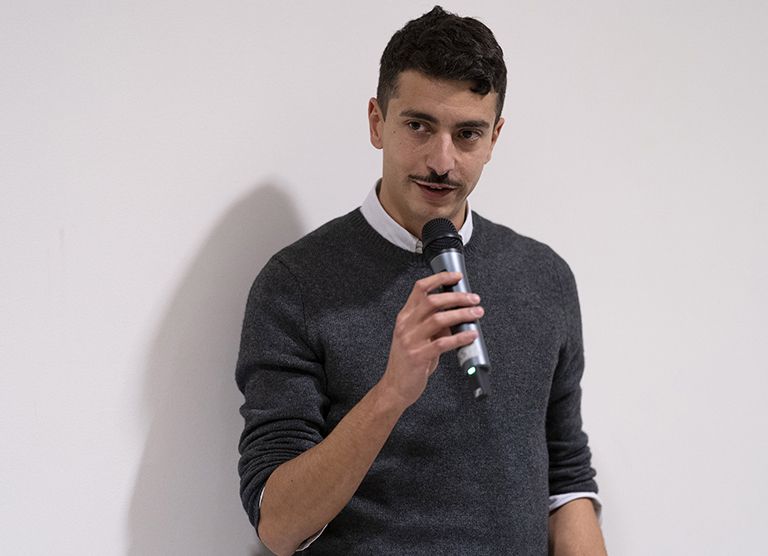 SPY. An Eye on Breath Ghosts Blind by Maurizio Cattelan