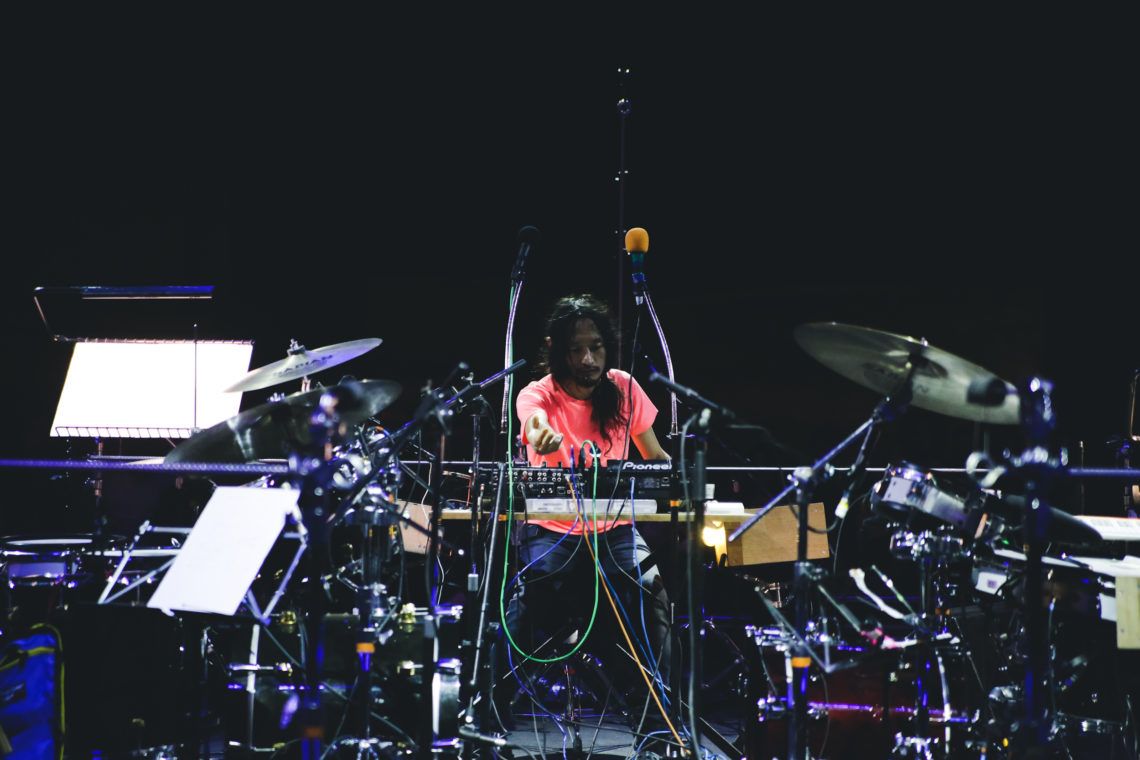 On Tuesday May 31 2016, at 9 PM, Terraforma presents Boredoms, in an exclusive Italian concert that the legendary group from Osaka will be giving inside Anselm Kiefer’s permanent installation The Seven Heavenly Palaces 2004-2015 at Pirelli HangarBicocca. For over thirty years, this percussion-only group has been making experimental music that blends noise rock with psychedelic influences.
The live performance by Boredoms—a special preview of the Terraforma festival produced by the cultural association Threes, held from July 1 to July 3 in the woods of Villa Arconati in Bollate—is the first in a series of musical events presented inside The Seven Heavenly Palaces 2004-2015, and is organized with the support of Pirelli HangarBicocca and Basemental.
Few artists in the history of rock have subverted the notion of harmony and reinvented the concepts of rhythm and melody as radically as Boredoms: at their concerts, founder and frontman Yamatsuka Eye leads band and audience on a hypnotic cosmic voyage, in intense performances that alternate moments of percussive frenzy with interludes of oceanic tranquility, creating an edifice of sound.
Through their visionary, feverish performances, their Super Roots series, and live albums like 77 Boa Drum (with 77 drums and 77 drummers, on 07/07/07 in New York), 88 Boa Drum (with 88 drummers, on 08/08/08 in Los Angeles) and Boa Drum 9 (with 9 drummers, on 09/09/09), Boredoms have cemented their reputation over the years. Rhythmic power, melodic variation, pure intensity of sound and dissonant, startling new uses of the human voice are the hallmarks of a group that transcends all fads and fashions, and is already a legend.