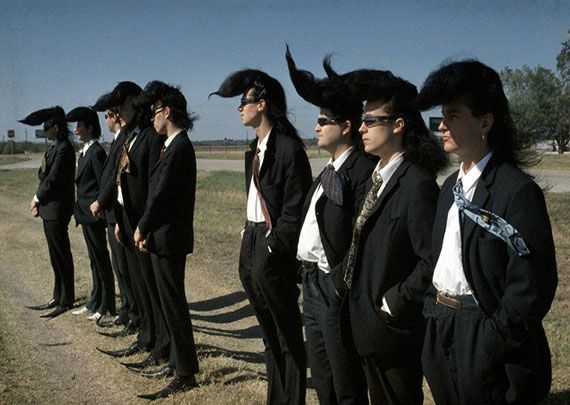 The Films chosen by Micol Assaël is the HB Public event devoted to the cinematographic world of the artists who exhibit at HangarBicocca: a way of delving deeper into the vision behind Micol Assaël’s exhibition and into the culture of the artist and her universe.
The first film in the review, Leningrad Cowboys Go America, by the Finnish director Aki Kaurismäki, introduces the theme of travel – one that is dear to the artist, who has spent most of her life abroad, in Iceland, Germany, Russia and Greece. Observation of the relationship between the individual and a hostile environment is the underlying theme in both Gerry, a hit movie by Gus Van Sant, and Gummo, by the cult independent filmmaker Harmony Korine, in both of which the protagonists are teenagers struggling with an insensitive, often violent adult world. Akira Kurosawa’s Dodes’ka-den takes us into an oriental shanty town dominated by the atmosphere of dusty obsolescence that is also typical of Micol Assaël’s post-industrial environments. It also appears in the setting for Barton Fink, the Coen brothers’ cult movie which depicts a grotesque affair bordering on the absurd, in which the protagonist finds himself having to deal with fear as his dominant, uncontrollable emotion. Lastly, the artist’s philosophical studies have led her to choose Wittgenstein, a biography of the great thinker, in a theatre format on screen.

On Thursday evening at 9pm

In collaboration with Fondazione Cineteca Italiana