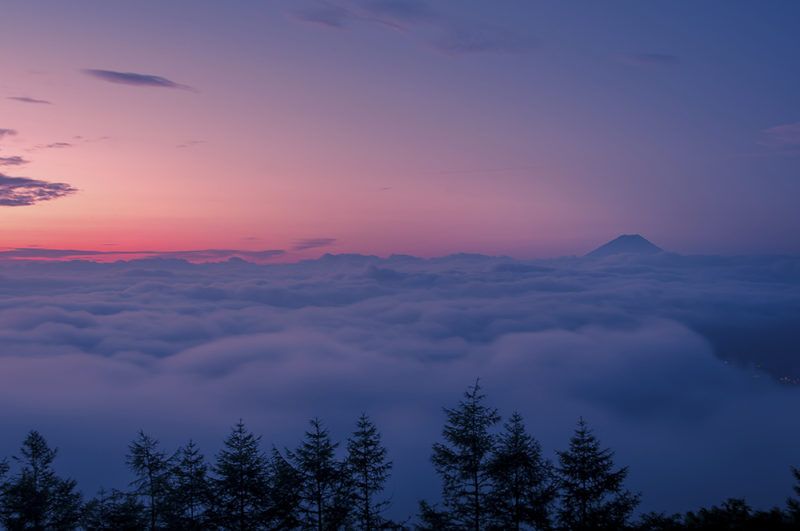 Fiona Tan has created Ascent through a montage of over 4000 found still images of Mount Fuji from all eras. As the artist herself says: “I wanted to create cinema with its antithesis — to make a movie out of entirely still images.”
Ascent unfolds as a contemplative visual essay, a filmic experiment between documentary and fiction. The narration addresses notions of visibility and invisibility, distance and proximity; expanding the boundaries that divide stillness from movement. Together with the two protagonists—a woman and a man—the viewer climbs Mount Fuji across geographical, temporal and cultural divides.
Evoking both the intuitions of Chris Marker’s Sans Soleil and the emotional charge of Alain Resnais’ Hiroshima Mon Amour, Fiona Tan’s film explores the intersections between Japanese and Western art and popular culture, from Van Gogh’s to Hokusai’s famous painting The Wave.