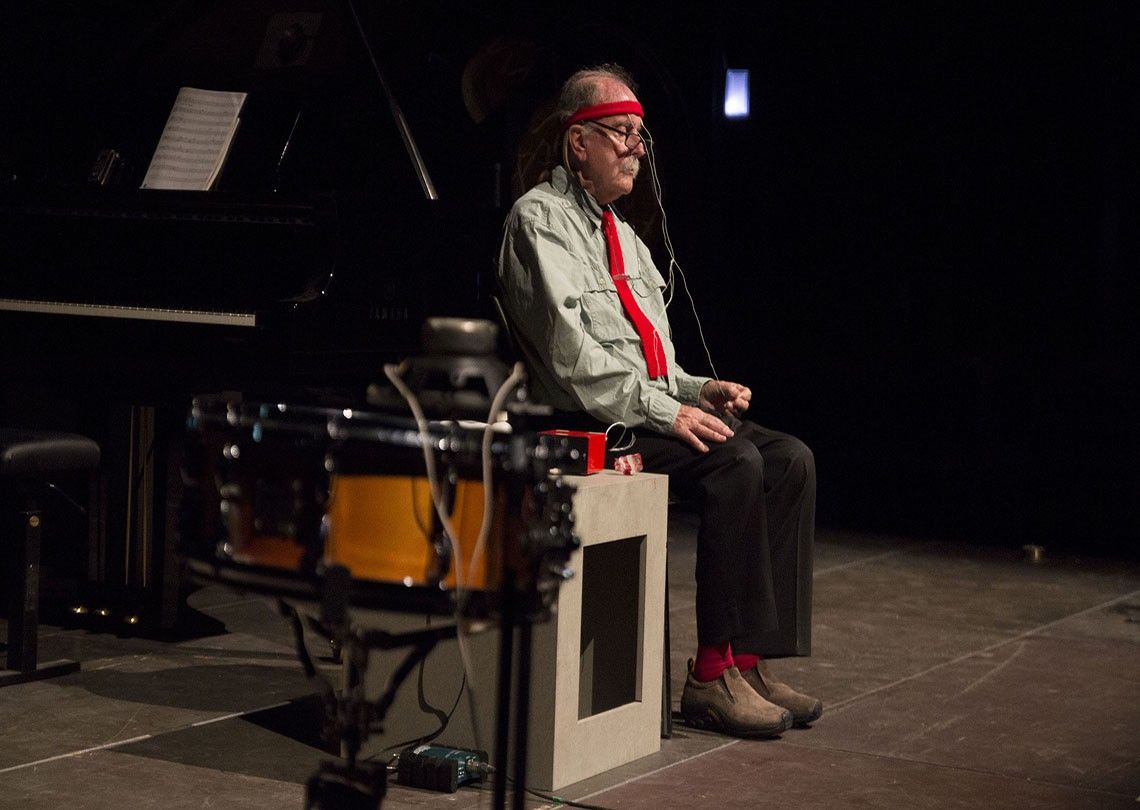 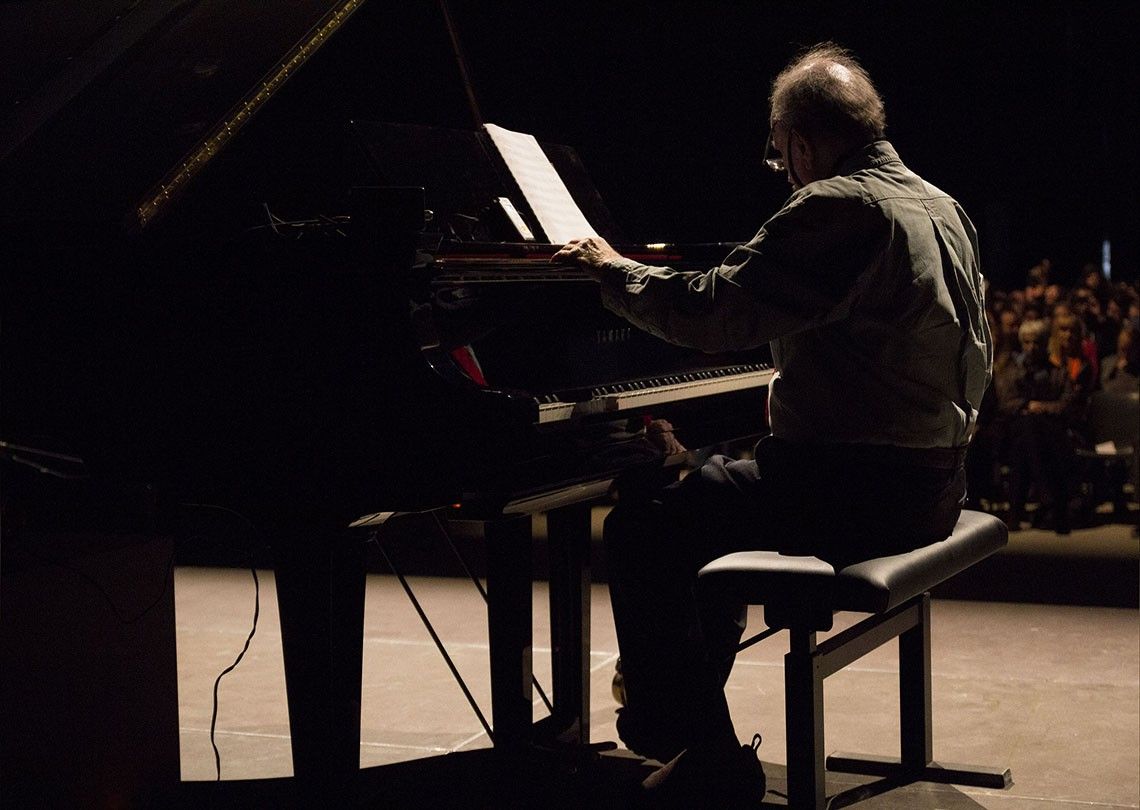 On Thursday October 9th, at 9pm, HangarBicocca presents an evening curated by Pedro Rocha with Alvin Lucier who performs in a concert, on the occasion of the Papagaio exhibition by João Maria Gusmão and Pedro Paiva.
A documentary, No Ideas but in Things – The Composer Alvin Lucier, by Viola Rusche and Hauke Harder, is screened at 7.30pm before the concert.
Hauke Harder has been Lucier’s assistant since 1995 is present at the event.
The film is a singular portrait of the musician, who talks personally about his early work, his experience with the Sonic Arts Union collective, and his relationship with John Cage and David Tudor, through to recent years.
The program of the concert includes two of Lucier’s famous historical pieces: Music for Solo Performer (1965), where the performer’s brain waves excite the membranes of speakers in contact with sounding percussion instruments, and I am sitting in a room (1970), in which a recited text is recorded and played back into the space allowing this space to act upon it eventually transforming the text into ‘pure’ sounds, and also a more recent piece, Nothing is Real (1990), where fragments of The Beatles’ song Strawberry Fields Forever are played on a piano, recorded and then played back from inside a teapot, changing the sounds with the positioning of the teapot lid.
Alvin Lucier travels to Milan to perform these pieces together with Hauke Harder. The scripted scores are apparently simple propositions addressing the interaction and mutual interference of different systems, propelled by a fascination for the sound, hearing and acoustic phenomena. Like Gusmão and Paiva’s Cameras Obscura, they point to the unfathomable vitality of the matter and to the ancestral relations human beings established with it. Lucier’s singular poetics can thus offer us musical instruments sounding by themselves in the presence of a static performer, a text that is eaten up and chewed by the space where it is recited, dissipating it in the immensity of the acoustics interplay, or a ventriloquist teapot interpreting its version of a song by The Beatles. His explorations of sound phenomena, as Gusmão and Paiva’s focus on daily life aspects or actions, introduce us to a world that expands beyond the surface of things, their functional use, interpretative intentionality or aesthetic codings. “I guess I’m trying to help people to hold shells up to their ears and listen to the ocean again”, he once said.

Alvin Lucier (Nashua, USA, 1931) is a pioneer in the field of experimental music and sound art. Lucier’s work came to address a special attention to the liberation of sound from musical structures, hierarchies and protocols, focusing instead on sound phenomenology and its perception. In 1966, together with Robert Ashley, David Behrman and Gordon Mumma, he founded the Sonic Arts Union collective, which remained active until 1976. He has worked with the dancer and choreographer Merce Cunningham and with The Farber Dance Company. He has been a professor of music at Wesleyan University since 1970. The many artists he has worked with include Joan Jonas, the protagonist of the Light Time Tales exhibition at Pirelli HangarBicocca (from 2 October to 1 February 2015). Lucier collaborated with Joan Jonas for the realization of the audio of the video Volcano Saga (1989).