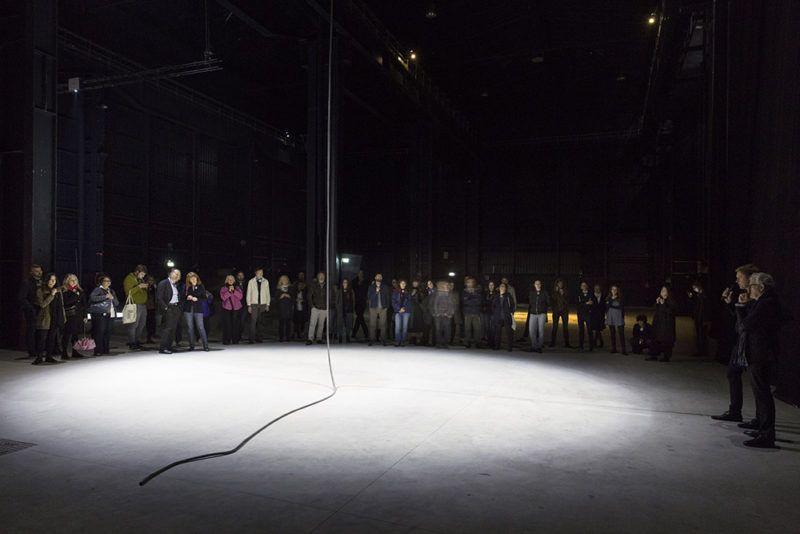 A concert performance by ElettroVoce

Pirelli HangarBicocca is proud to present AGATA ZUBEL sings “CROSSOVER/S” by Miroslaw Balka, a concert performance by ElettroVoce as the second date of Public Program | Miroslaw Balka.
ElettroVoce, the duo consisting of two composers, Agata Zubel and Cezary Duchnowski, are challenged to conceive a site specific performance taking the form of a path leading the audience through Miroslaw Balka’s exhibition “CROSSOVER/S”. Zubel, a classical contemporary singer and avantgarde vocalist, conducts the performance in a dialogue with each piece of the show and the acoustic qualities of the space, starting from Yellow Nerve, Balka’s piece installed in the Cubo, usually the last to be seen by the exhibition visitors.
ElettroVoce is a duo for voice and electronics resulting from the collaboration between Agata Zubel and Cezary Duchnowski. Both characterize their work by a fascination with timbre, expansion of performance resources and continuous research. For Zubel, this means the desire to discover new means of vocal expression; for Duchnowski, a search for new contexts for traditional instruments. This is attained by the utilization of the human voice and the new possibilities afforded by electronics.
ElettroVoce Duo has performed at numerous contemporary music Festivals in Europe. In 2005 the artists received a special prize at the prestigious International Gaudeamus Interpreters Competition and in 2008 Wrocław Music Award for the CD ElettroVoce. Besides their own compositions, their repertoire includes many pieces by Polish composers and also electroacoustic music by composers including Jean-Claude Risset, Kaija Saariaho, Alejandro Viñao.

Agata Zubel was born in Wrocław where she graduated with distinction from the Karol Lipiński Academy of Music. In 2004, she obtained a doctorate and in 2014 a post-doctorate in musical arts. Zubel has premiered and recorded numerous works by contemporary composers such as Berio, Kurtag, Britten, Lutosławski, Romitelli, Sciarrino, Nono and Schönberg, amongst others. She also participated in several experimental improvisation projects worldwide. She has worked together with famous modern music ensembles – Klangforum Wien, musikFabrik, London Sinfonietta, Eighth Blackbird Ensemble, San Francisco Contemporary Music Players, Seattle Chamber Players. Zubel has won several competitions in the fields of both voice and composition. In 2011, she was invited as a “composer-in-residence” to the Other Minds Festival in San Francisco and, for two seasons (2010–2012), she was also “composer-in-residence” in Kraków Philharmonic. Zubel is currently a lecturer on the faculty of the Academy of Music in Wrocław and a member of the Polish Composers’ Union.

Cezary Duchnowski is a composer, pianist, performer and lecturer. He studied composition at the Academy of Music in Wrocław, where he currently teaches computer music. He has been involved with the Computer Composition Studio of the Academy from its very start. Duchnowski is also a co-founder of the interdisciplinary artistic group “Morphai” and of the improvised music group Phonos ek Mechanes exploring electronics controlled by acoustic instruments. He has received several awards and grants internationally. Duchnowski also writes music for film and theatre. 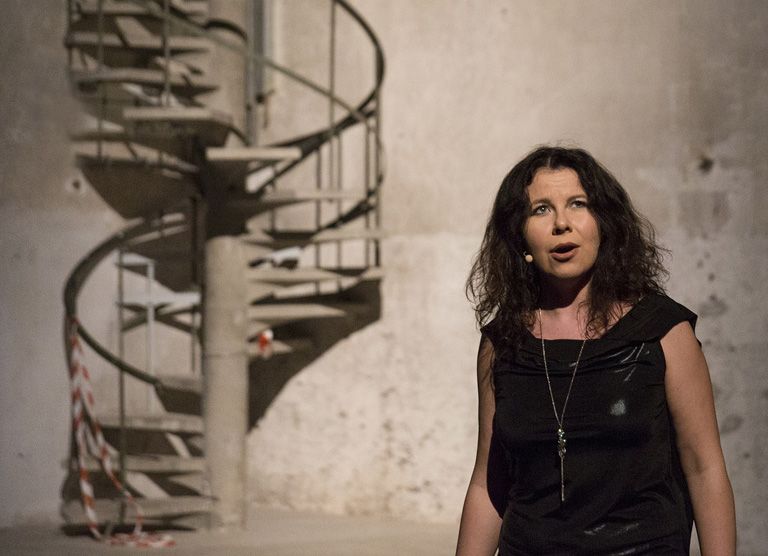