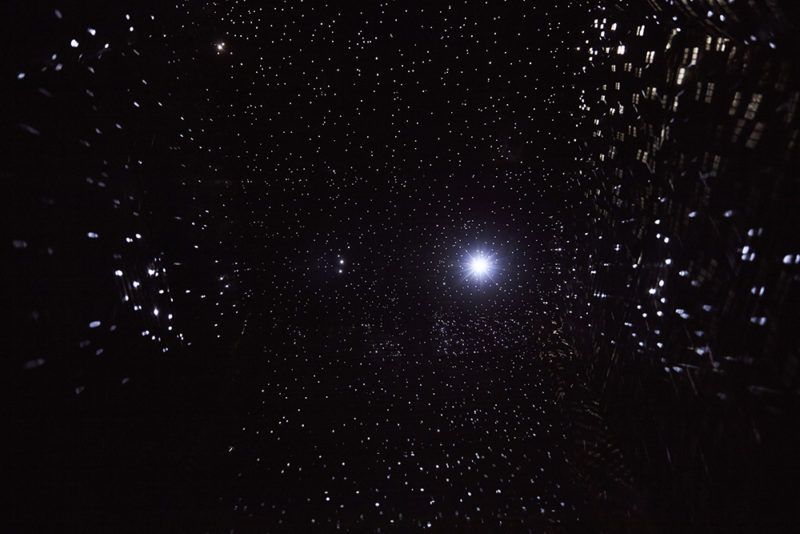 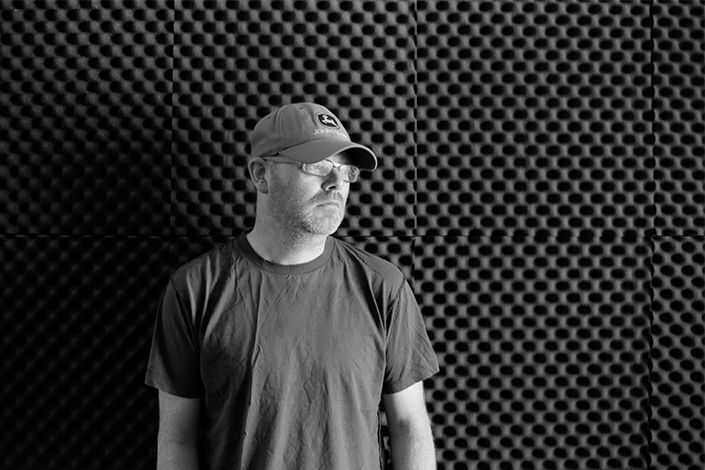 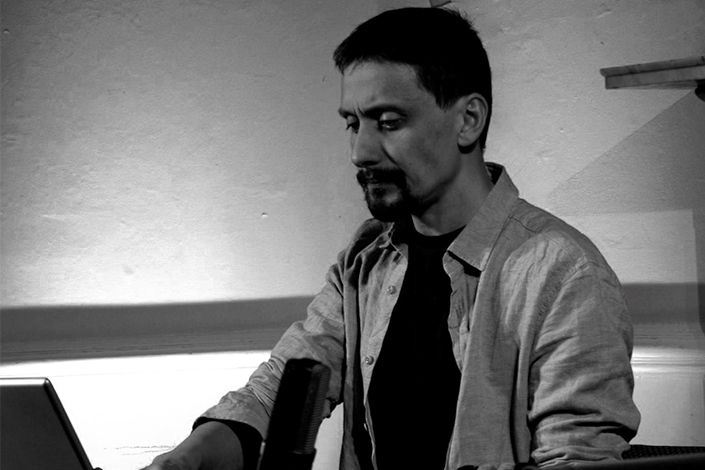 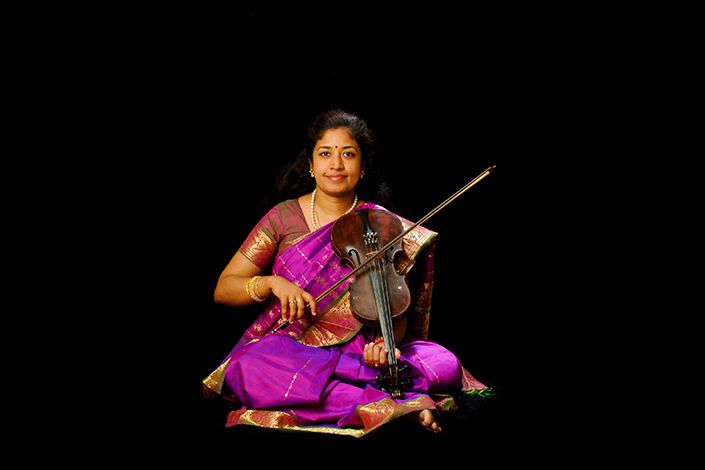 Against Method, a project comprising a sound installation, concerts and a talk, is conceived by Mark Fell as a response to Sheela Gowda’s exhibition “Remains”, as part of the Public Program of Pirelli HangarBicocca. A multidisciplinary artist based in Rotherham (UK), Mark Fell’s practice draws upon electronic music subcultures, experimental film, contemporary philosophy and radical politics. Fell’s affinity with Indian classical music is rooted in the awareness that this is not guided by a linear score – its structure instead appearing almost like a process of folding and unfolding of elements. Over recent years, two research trips and several artistic projects in India allowed Fell a deeper understanding not only of the structure of Indian classical music but also about how it functions within a cultural context, namely in terms of issues relating to caste, gender and inclusion/exclusionary practices.

The title Against Method is borrowed from the book of the same name by the Austrian born philosopher of science Paul Feyerabend (1975), which presents an anarchist account of scientific development. The text suggests that discovery takes many forms and asks us to reject ‘methodological monism’. The complexity of Gowda’s work, her attention to the placement and presence of objects, the relationships constructed between objects and their material form, shape, texture and scale, have influenced the structure of Against Method and how it operates within the exhibition space and its surroundings over the course of two days.

The first day brings together artists from the Carnatic tradition of South Indian classical music and artists whose work explores the implications of that tradition—focusing on the interplay between systems and their role in non-Indian musical contexts. Performers include the virtuoso violinist Nandini Muthuswamy, Drumming—Grupo de Percussão performing Fell’s composition Intra, electronic musician and composer Nakul Krishnamurthy, and electronic musician Rian Treanor, in collaboration with researcher and composer Jan Hendrickse on wind instruments.

The second day takes a different approach and features a new composition by Fell: here a distributed collage of sound and music is placed within and around Gowda’s work. The piece includes the participation of Jan Hendrickse, cellist Sandro Mussida, Iranian percussionist Mohammad Reza Mortazavi, and will close with a solo performance by experimental vocalist Sofia Jernberg.

Drumming—Grupo de Percussão
Founded in Oporto in 1999 under the direction of Miguel Bernat, the ensemble is dedicated to the evolution of erudite percussion in Western culture. With a primary focus on contemporary music, it also explores the drifting territories between jazz, rock and traditional music. The group has commissioned new pieces from composers who explore diverse and unusual forms, examining musical expression through percussion. Drumming—Grupo de Percussão has become a seminal force in Portuguese music, performing regularly at the Country’s main institutions, while gaining rising international notoriety.

Jan Hendrickse
A composer, improviser, sound artist and scholar, Hendrickse’s research is concerned with exploring the impact of sound on physiological and psychological states. As a performer, he specialises on wind instruments. Informed by extensive travels, his practice investigates playing techniques from all over the world, as well as making and adapting instruments into unconventional forms and formats.

Sofia Jernberg
Experimental singer, composer, improviser and performer Sofia Jernberg grew up in Ethiopia, Vietnam and Sweden. One of her deepest interests as a singer is to develop the “instrumental” possibilities of the voice and experimenting with its role in an ensemble. Following explorations of split tone singing, pitchless singing and distorted singing, Sofia’s vocabulary includes sounds and techniques that often contradict a natural singing style. Besides composing for her own ensembles, she often appears in many different constellations as an improviser.

Nakul Krishnamurthy
Indian composer and artist who is based in Leeds, UK, Nakul Krishnamurthy’s work explore the structural foundations of Carnatic music and reconfigures them, thereby examining its boundaries and generating new interpretations of the art form. With over 12 years of intensive training in Carnatic music, coupled with in-depth knowledge of Hindustani and contemporary Western Classical music, his work is an intersection of Indian classical music and procedural composition and experimentation derived from contemporary Western art music sensibilities. In the past 3 years, his work has been presented in various venues across Europe and India.

Mohammad Reza Mortazavi
From the age of 20, Iranian percussionist Mohammad Reza Mortazavi has been considered by many the world’s best Tombak player. Over the course of his career, he has developed over 30 new striking and finger techniques and revolutionized the traditional way of playing the instrument.

Nandini Muthuswamy
Exceptional violinist Nandini Muthuswamy grew up in an illustrious family of Indian musicians. After an initial training in Classical Music of South India, she was soon acclaimed as a prodigy. Together with her sister Dr. M. Lalitha, she is part of the duo ‘The Violin Sisters’, known for entrancing audiences around the world. With a career spanning more than two decades, Muthuswamy is applauded both for her virtuosity as for her original and imaginative style of playing the violin.

Rian Treanor
Rian Treanor is becoming both a disruptive and essential new voice in British underground club music as he re-imagines the intersection of club culture, experimental art and computer music, presenting an insightful and compelling musical world of fractured and interlocking components. This year he released his debut album “ATAXIA” with Planet Mu. 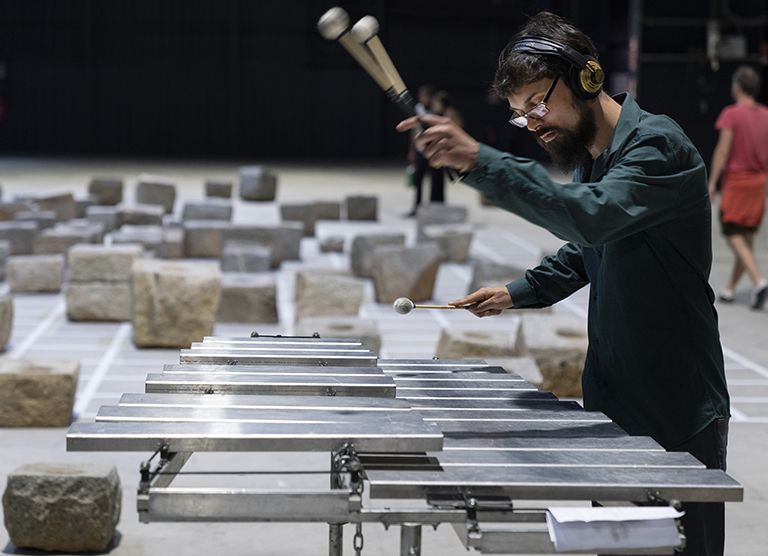