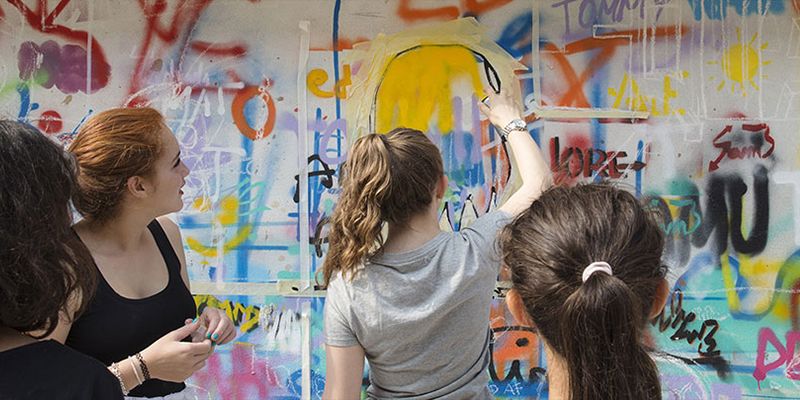 Introduction
Five large paintings from between 2009 and 2013, on display for the first time, enrich and expand The Seven Heavenly Palaces 2004-2015, the permanent work by Anselm Kiefer, bringing new meaning to it by creating an interaction between the installation and the new paintings. An in-depth analysis of Anselm Kiefer’s artistic practice reflects on the core aspects of his work, including the relationship between man and nature, and references to the history of ideas and Western philosophy.

Activities
The course will consist of two parts: the first in the form of a brief face-to-face lesson, with images showing the use of materials in Anselm Kiefer’s art from the 1970s onwards. In the second, the children will be accompanied by the arts tutors around the exhibition to observe and analyse the five paintings in relation to the Heavenly Palaces. At the end of the activity, they will be given a small fascicle with the key notions explained during the lecture.